This slot may look familiar and it should, as it hails from the vaults of Microgaming and has a very similar layout to their other three-reel games. Boku Slots has a bit of a soft spot for crazy inventor type games and we found the Cash Crazy slot to be quite an intriguing game in theory. But we need to put it to the test to see what it’s like in reality. 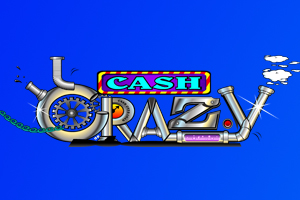 Play Cash Crazy on any of these top casino sites;

Cash Crazy is a 3-reel, singular pay line slot game offering an RTP of 95.58% to its players. You can see clearly what is going on with the reels and the pay table in full view, without having to switch screens. This slot would look right at home in an old school bingo hall that’s for sure.

Bet Amounts – Betting at Cash Crazy is slightly different with this game, as you have the option to bet one or bet two. This means you can either bet x1 which equals 25p per spin at its lowest, or at x2 which is 50p at its lowest. The highest the bet amounts are either £5 at x1 or £10 at x2.

Wild Symbol – The wild symbol is non-other than the cash crazed professor himself and he substitutes for all other symbols. This means that if you land a single professor on the win line and no other symbols, you will find that you are awarded the lowest table win of either x2 or x4 your bet amount; depending on whether you were betting x1 or x2 coins. If the wild forms part of a winning combination, you will get that win doubled or quadrupled depending on whether you have one wild or two in the winning line up. 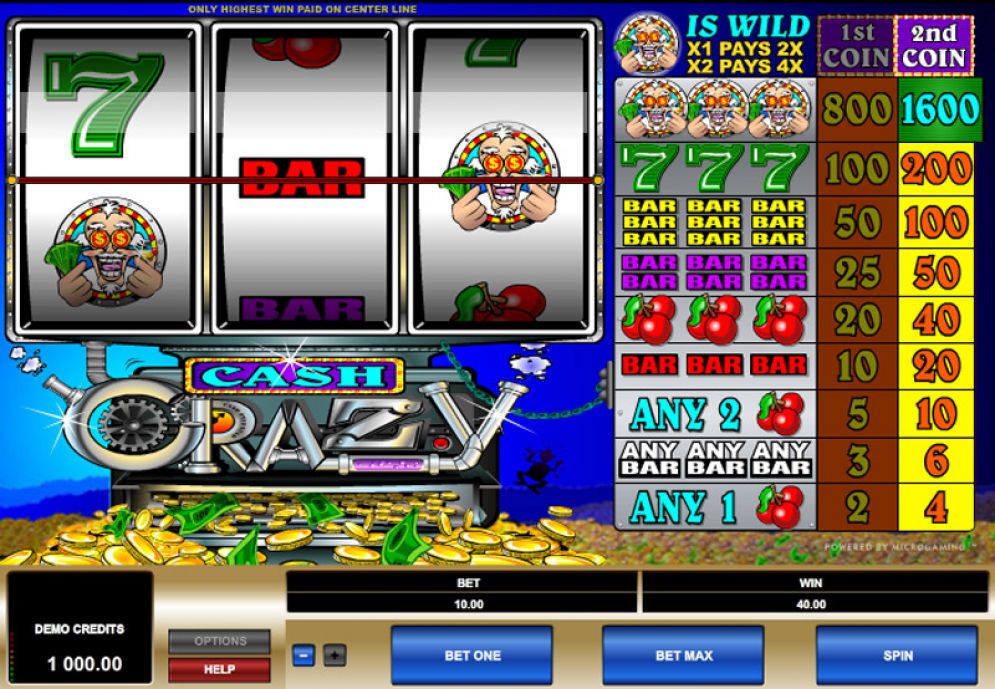 Other Symbols – There are no scatter or bonus symbols in Cash Crazy, but the joy of the wild substituting for all symbols means the wins still come through quickly. Your other symbols are made up of the generic cherries, bars and 7’s.

Cash Crazy Jackpot – By landing three of the crazy professor wild symbols on the win line, you trigger the jackpot. There are two jackpots that can be won and they are dependant upon whether you have placed your bet with x1 coin or x2 coins. The jackpot win on the x1 is 800 coins and is 1,600 coins on the x2 bet. However, there are no other additional wins paid out for landing three wilds, as normally during this game if the wild forms part of the winning combination it will double or quadruple the win. This does not happen with the jackpot pay out, so be warned before you get too excited.

Despite the fact Cash Crazy is limited in features it still has a wild and offers a multiplier too, so it’s not all bad news. The game gets a little monotonous after a while but offers good gameplay in short bursts. The wins come relatively quick and the pay-outs are fairly good, considering the bet amounts are on the lower end of the scale. We had a good time with the game but found that it didn’t hold our attention as there isn’t that much going on. It would be a good time filler when you have a few moments to spare, or don’t have the energy to concentrate too much on the things going on within the game as its so simple to play.

Snow Wild and the 7 Features

December 23, 2018 Boku Slots Comments Off on Snow Wild and the 7 Features