A lot of slots are based around fruit symbols, but with NetEnt’s Fruit Case things are taken to the next level. Enter the fruity jam factory, where, as the reels spin you collect the fruit symbols and turn them into jam. With a great multiplier feature and an avalanche style fall to the symbols, we’re sure you are in for a delicious treat. 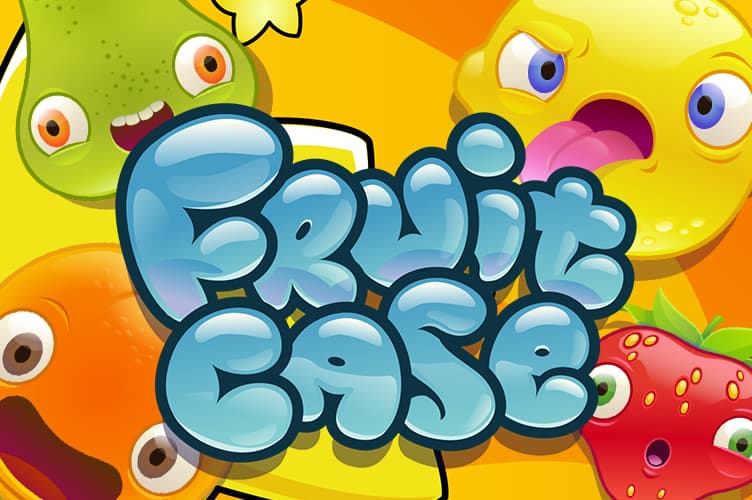 Play Fruit Case on any of these top casino sites;

Fruit Case is a 5-reel, 20 fixed pay line slot offering a tasty RTP of 96.4% for all you potential jam makers. Set inside what looks like a jam making factory, the reels look like conveyor belts complete with jam smushing contraptions which you will see come to life when a win is made. There is a mix of fruity symbols and jars with card symbols inside them. Taking the old school fruit theme and upgrading it a little to make it a bit more modern. Higher values are the Strawberry, Orange, Lemon and Lime, with lower values being the A, K and Q in the jam jars. There is no music as such whilst the game is in play, but instead there are fun sound effects as the reels spin and winning combinations are made.

Bet Amounts – Betting on Fruit Case begins at 20p per spin and can be increased up to £100 per spin. You can change the coin value and the bet level when adjusting your bet amount. These are found on the left and right of the spin button. Use the plus and minus symbols on both options until you hit your desired bet amount and then you can get spinning.

Wild Symbol – The games logo is your wild symbol and it will substitute for all symbols in the game including the scatter. A bold move we know, but one that NetEnt has taken and we think it’s certainly something players are going to love. If the wild symbol forms part of a win it will also trigger the wild multiplier feature, which you can read about below.

Scatter Symbol – A food blender is your scatter symbol in Fruit Case. Landing three or more of these on reels 1, 2 and 3 will trigger the feature for you. 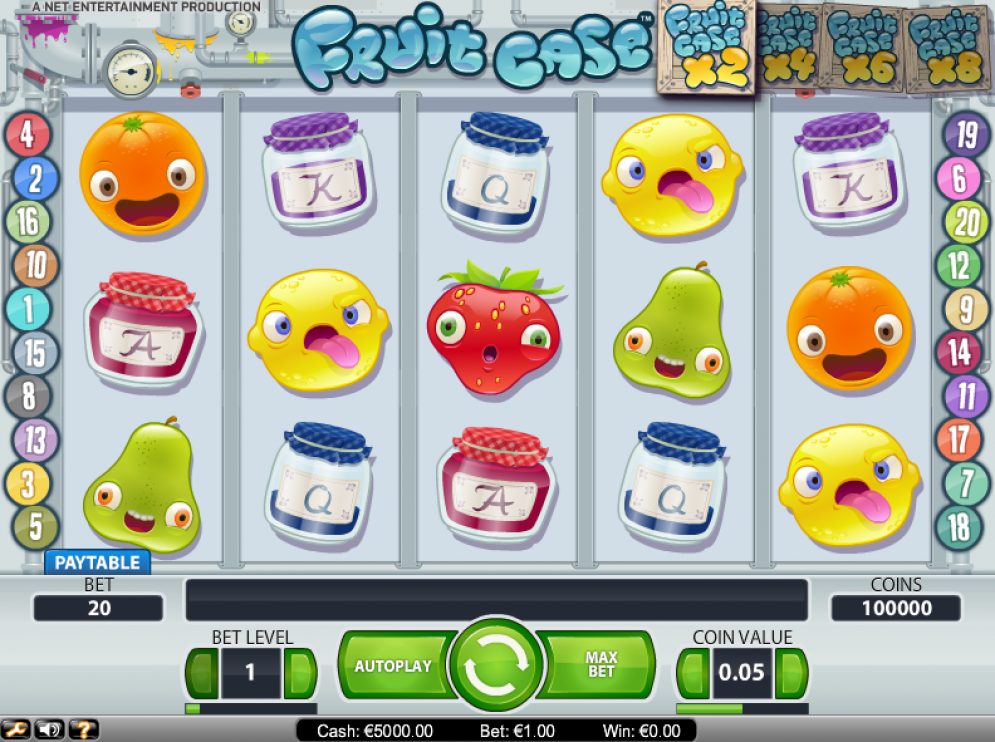 Avalanche Feature – This is always a fun thing to have built into a slot. It means that every winning spin the symbols will be removed, and new ones will be dropped into their place. This process will continue until no new winning matches can be made. Meaning with one paying spin you can end up with multiple wins if you are lucky. But add to it the avalanche multiplier, which means that every time you land a new win on a subsequent avalanche, the multiplier above will increase. This means that your initial win is calculated, then when the next avalanche of symbols drop in you are awarded the x2 multiplier. Land another win with the symbols that drop in from that avalanche and you move to the x4 multiplier and so on. This process will continue until your reach the final step of x8 and from there on will remain at the x8 multiplier.

Fruit Case Wild Feature – If you land a win that has a fruit case wild symbol within it, then you automatically begin the multiplier sequence as mentioned above. However instead of moving up a step after the initial avalanche, it begins as soon as the initial win is calculated. Meaning that on the next avalanche you step straight up to x4, whereas in the normal avalanche you begin at x2.

Bonus Spins Feature – By landing three of the food blender scatter symbols on reels 1, 2 and 3, you will trigger the bonus spins. You will now be allocated 10 bonus spins to play through, with a x3 multiplier awarded to every spin. Bonus spins can also be retriggered from within the round, if you land the required three blenders on reels 1, 2 and 3 again. There is no limit to the amount of times the bonus spins can be retriggered either.

Fruit Case is a very simple slot once you really look at it. But that is the charm of this fruit smushing, jam making delight. The avalanche style to the slots make it much more interesting and is probably the games saviour. We say this because without it the game could turn quite dull, as the bonus spins don’t offer much by way of entertainment. Adding in the avalanche and the bonus multiplier certainly keeps players on the edge of their seats. Main game wins are fine, a fair range of high and low paying wins occurring often enough. Bigger wins coming within the bonus spins do take a little time to trigger, despite that wild symbol substituting for all symbols.

April 17, 2020 Boku Slots Comments Off on Release the Kraken

May 12, 2018 Boku Slots Comments Off on Cosmic Fortune