Yggdrasil Gaming have developed an intriguing slot based around werewolves and those who hunt them. Wolf Hunters is a darkly themed game with some very interesting features that all intertwine. When you add all of this up you get a highly playable and entertaining slot for everyone to enjoy, not just those who like this kind of theme. 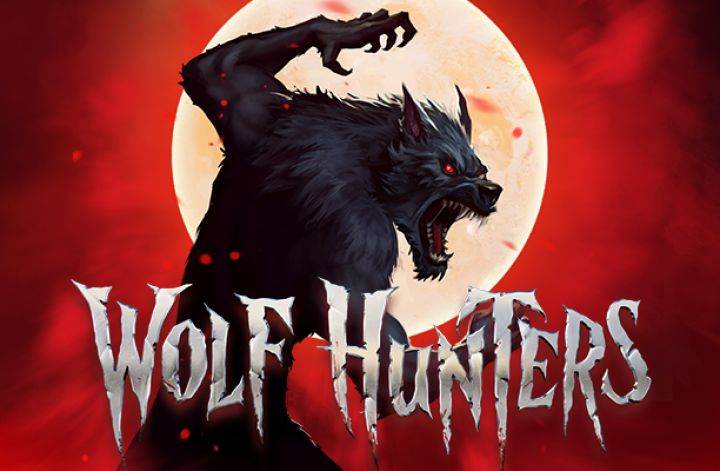 Play Wolf Hunters on any of these top casino sites;

Wolf Hunters is a 5-reel, 20 fixed pay line slot offering players an RTP of 96.3%, which is worth taking a bite out of. The game takes a dark approach with its theme and is set outside a sprawling gothic style mansion. At the side of the reels stands the two wolf Hunter characters with blue rage meters under them and at the top of the reels is a wolfs head with a red health meter underneath it. These meters will increase or decrease as the game progresses and help to trigger the bonus feature. Symbols include a wolf, trap, bottle of poison and a stake as your higher values, with the heart, diamond, club and spade making up the lower values. As the reels spin you are treated to some very spooky music and the addition of howling wolves, which adds a great atmosphere to the game.

Bet Amounts – Betting on Wolf Hunters begins at 10p per spin and can be increased up to the maximum of £100 per spin. As it’s a fixed pay line game all you can amend is the coin value and to do that you just use the plus and minus symbols on either side of it. You will see that by changing the coin value the bet amount next to it will change up or down. Once the bet amount is to your liking you just need to start playing.

Wild Symbol – Your wild symbol in Wolf Hunters is the word ‘Wild’ in gold, written across what looks like a wooden chest. It will substitute for all other symbols except the hunter scatters and the wolf symbol.

Scatter Symbols – There are two scatter symbols in the game, and they are the male and female wolf hunters. Landing a hunter symbol on reels 1 and 5 is one of the ways to trigger the bonus spins feature for you.

Wolf Hunter Feature – Although the wolf symbol is claimed as a normal paying symbol in the higher value range, it plays another role here too. Every time you land a wolf symbol, it will first contribute to any potential wins on the reels at the time. Then it triggers the Wolf Hunter feature, this means it will be attacked by one of the two hunter symbols. If the wolf is beaten it will turn into a wild symbol, new win lines will be completed and then the wild respins feature will trigger. Each time the wolf is beaten, the wolf health meter will decrease by one point and the hunter which caused the damage will have its rage meter increased by one point.

Bonus Spins Feature – There are three ways to trigger the bonus spins feature, each option will award bonus spins and different in game features to the player. The first option is to land a hunter symbol on reels 1 and 5 simultaneously. Second is to decrease the wolfs health meter to zero by landing winning attacks in the Wolf Hunters feature. Finally the third is to increase either one of the hunters rage meters to 100 points by landing winning attacks in the Wolf Hunters feature. You will now be awarded with 10 bonus spins to play through and the following extras whilst the spins are in play:

During any of the three bonus spins rounds, if you land three hunter symbols at the same time on reels 1 and 5 you get two extra features. You will be allocated 2 extra spins to your total every time you land three hunters. As well as that, every time a wild lands on the reels it will expand one place left for the male hunter and one place right for the female hunter.

Well known for creating intricate details and interesting plot lines, Yggdrasil Gaming lend a certain spark to every game they develop. It makes for some amazing and complex game play that draws the player in each time they begin to spin. Wolf Hunters is no exception in that once you start playing there is so much going on you don’t feel like you are playing a slot. It feels more like a console game with all the different facets it has. We love the fact that the bonus spins can be triggered multiple ways and that the wild respin can also be triggered in other ways too. It means there is a much bigger win opportunity for the player, whether you are bidding high or low. Wins come fast and often within the base game, usually at the lower end of the pay scale. But once you get into those features that’s where the big wins are, and you won’t be waiting long to get into the features that’s for sure. Wolf Hunters is sure to be a huge favourite of any player whether or not the theme is for you, because the features and sheer playability will win you over.

Wish Upon a Jackpot

December 23, 2018 Boku Slots Comments Off on Wish Upon a Jackpot