For those of you with a love of anything ghoulish, you will want to take a look at the featured favourite slot Dracula from the team at NetEnt. If you’ve read Boku Slots previous reviews on NetEnt games, then you’ll know we’re a fan of the game designers. But does this vampire themed slot live up to their other popular options such as Blood Suckers, Guns N Roses and Boom Brothers? 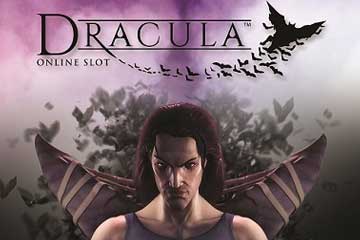 Play Dracula on any of these top casino sites;

Dracula is a 5-reel 40 fixed pay line slot game that has an RTP of 96.60%. As you can imagine it is based on Bram Stokers Dracula and as such has a dark and menacing theme throughout the game. This includes an interesting video scene of a girl being chased through the streets, by what we will assume is Dracula. Not only that but as the reels are in play, Dracula sits waiting impatiently at the side of the screen tapping his fingers on his chair. This gives the game an unnerving feeling like he’s ready to pounce at any moment, which we have to admit we loved!

Bet Amounts – Betting begins at 20p per spin, this is at coin value 0.01 and coin level 1. These as you may be aware are adjustable up to coin value 0.20 and coin level 10, making the max bet £40 per spin. Always ensure you have adjusted the level and value to suit your needs, as once the spin is in play there is no recouping the money spent.

Wild Symbol – The wild symbol is a blood red W which only appears on reels 2, 3 or 4 and it substitutes for all symbols. 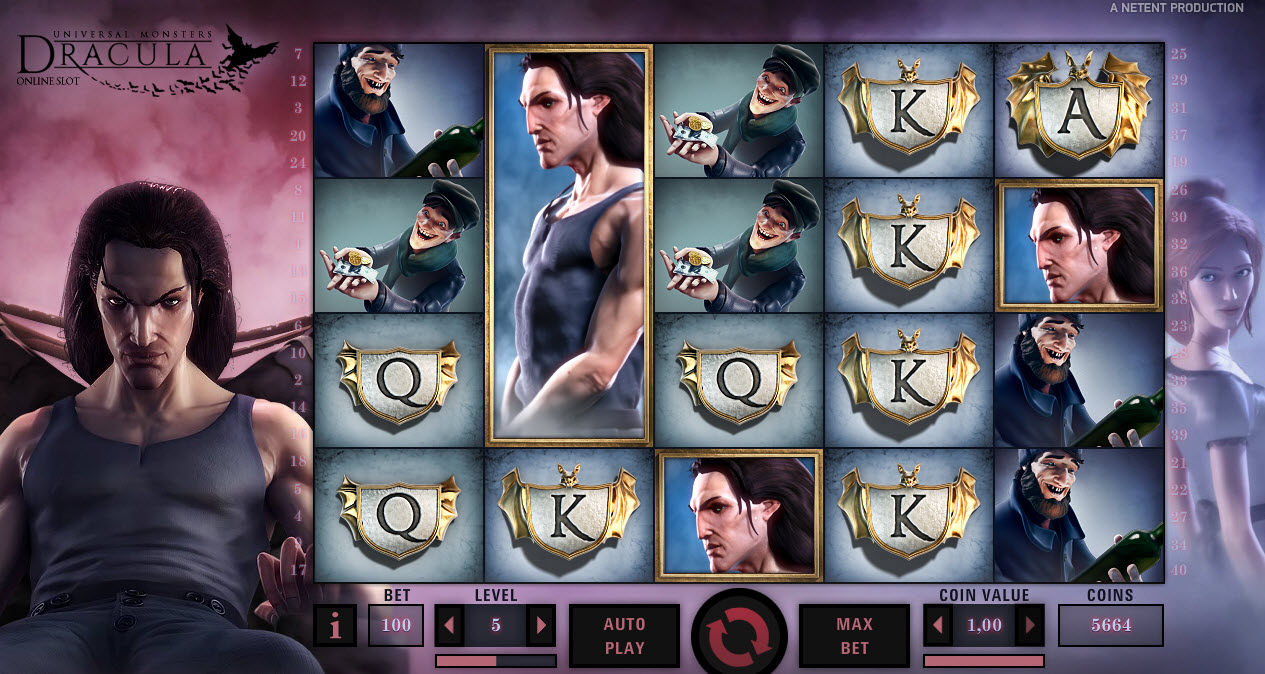 Bat Feature – This is a simple but elegant feature and is triggered randomly. It usually appears in the base game, but can also be triggered during the bonus spins feature too. You will see Dracula turn into a swarm of bats and fly across the reels. As the bats do this you will see the icons on the reels turn into matching symbols, creating winning combinations.

Bonus Spins Feature – By landing the stacked Dracula and woman on reels 2 and 4 respectively, you will trigger the bonus spins feature. You will be awarded 10 spins of the reels, after first watching a short video scene of the two characters. If you land the stacked couple on row 3 during the bonus spins feature you will be allocated 2 more spins. What’s more the bat feature can also be triggered during this feature, meaning the potential for big wins are higher.

It appears NetEnt have done it again! The sheer suspense of waiting for Dracula to transform into bats and go flocking across the screen, had us waiting in anticipation. Thankfully we didn’t have to wait long as the bat feature triggers randomly and relatively often. The noises Dracula makes made us jump at first, but then we got used to it and then we got bored, and then switched the sound off. However, for those of you that like a bit of fear and suspense, the soundtrack is quite eerie. The features are great, the graphics are awesome and overall this is a definite must for any horror slot fan.