Fairy tales are usually little more than fun things to read at bed time, but when given a twist and updated they can be so much more. Thanks to the team at NetEnt we have a modernised twist to the legend of snow white. Enter the world of Fairytale Legends: Mirror Mirror and see what is in store for you. Watch out for appearances from the evil queen and the seven dwarves because the story isn’t complete without them. 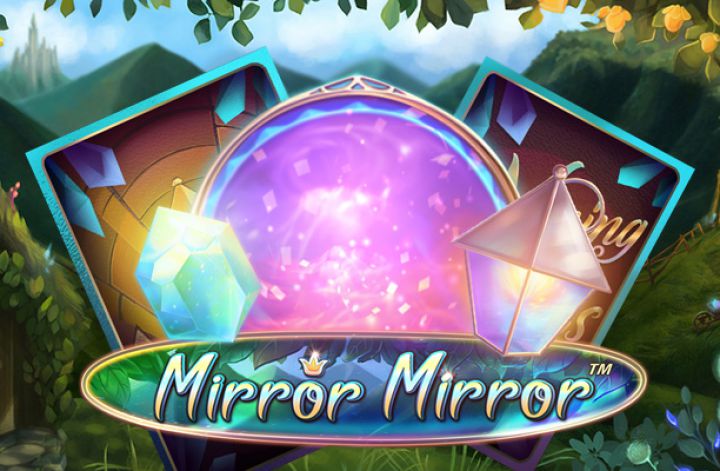 Play Fairytale Legends: Mirror Mirror on any of these top casino sites;

Fairytale Legends: Mirror Mirror is a 5-reel, 243 ways to win slot offering an RTP of 96.48%, for all who dare set foot in the forest. Set in the green surroundings of the forest with the entrance to the dwarves mine just off to the side and a castle in the distance. The reels spin transparently against the background as the leaves move as if caught in a breeze. Your symbols move too, again almost as if caught in the same breeze moving the leaves. This adds a bit of depth to the game along side the relaxing soundtrack and bird sounds too. Symbols include the Fairytale Legends logo, Snow White, the Evil Queen, a diamond and a lamp as your higher values. With the usual card denominations, A, K, Q, J, 10 and 9 making up your lower value symbols.

Bet Amounts – Betting on Fairytale Legends: Mirror Mirror begins at 10p per spin and can be increased to the maximum of £100 per spin. There are plenty of bet options available in between these, you just need to alter the coin value or the coin level until you are happy with your bet. These options can be found on the left and right hand side of the spin button.

Wild Symbol – Whilst there is no wild symbol within Fairytale Legends: Mirror Mirror which can be somewhat of a downside to some. There are instead some extra bonus symbols and plenty of random features, which means you will barely notice that the wild symbol is missing.

Mirror Bonus Feature – Land yourself the magic mirror symbol on reel 3 to trigger this feature. It will reveal an image of either Snow White or the Evil Queen in its reflection. Once it has revealed the character it will become a sticky symbol and remain in place, whilst the reels spin for one single respin. If you land more matching symbols to the one held inside the mirror, they too will be held in place and you will receive another respin. Things will continue this way until no more matching symbols are revealed and your prize will be tallied up and awarded, and the game will return to normal. 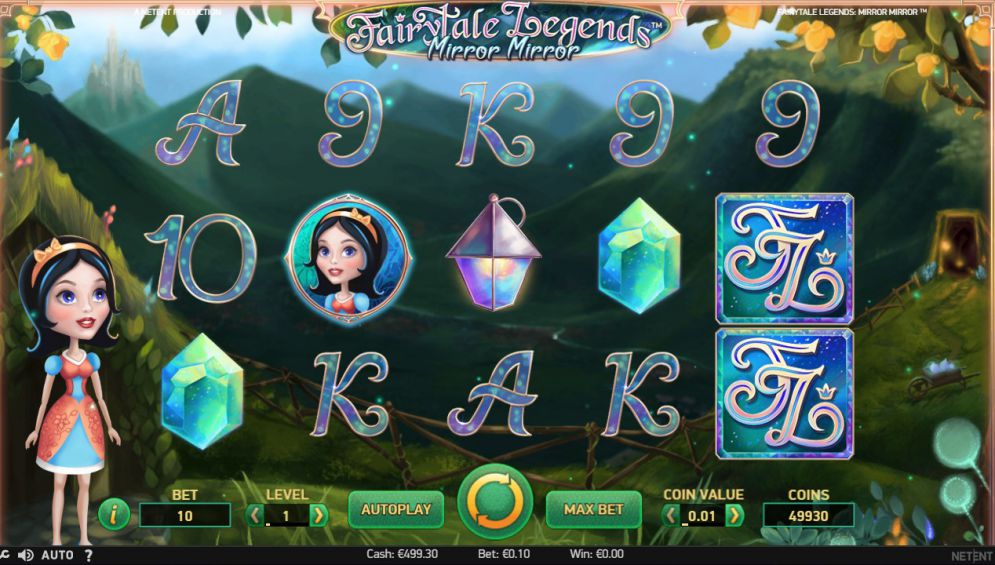 Golden Box Bonus Feature – Having landed a golden chest on reels 1, 3 and 5 you will enter the golden box feature. You will now have to pick one of the three boxes and inside will be a feature game for you to play through as shown below:

Random Features – At any point in Fairytale Legends: Mirror Mirror you may find the magic fairy floats across and allocates one of her special fairy features. There are three of these to be triggered and they can only be activated within the base game.

Fairytale Legends: Mirror Mirror is an interesting take on the stories of old. Whilst still maintaining some of the old-world charm, it has been updated to mingle with the modern world. The removal of the wild and addition of not one but two bonus symbols, as well as the three random features is a bold move on NetEnts part. But as you will see it was a justified one as the game flows really well from one bonus to the other. The random features are very much that, random and don’t seem to land as often as you would hope. However, the golden chest and the mirror feature more than make up for that when they land, which occurs more often than you would think. Wins come along nicely in both the main game and the bonus games of Fairytale Legends: Mirror Mirror. Meaning that even if all the bonus games didn’t trigger at all, you would still skip along nicely with decent sized wins every now and then.