Oriental themes usually make for great slot games, we aren’t sure why, but we do know that it’s one of our favourite genres. Yggdrasil Gaming have developed a bright, colourful game called Legend of the Golden Monkey. It takes us deep into the mountains surrounded by temples and riches beyond compare. Now all you need to do is unravel the legend and see what you can win. 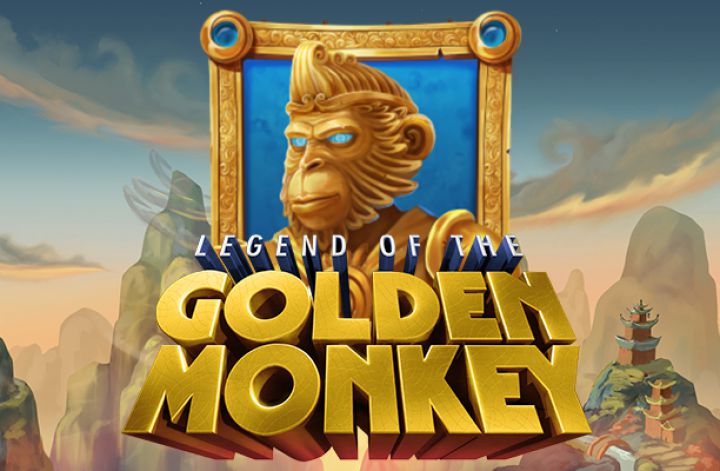 Play Legend of the Golden Monkey on any of these top casino sites;

Legend of the Golden Monkey is a 5-reel, all ways win pay structure and has an impressive 96.10% RTP for players. All ways win means that you can form a winning combination anywhere on the reels, as long as there is a minimum of three matching symbols on adjacent reels. To understand this clearer you can check out the pay tables on the game’s information section.

Bet Amounts – Betting on Legend of the Golden Monkey begins at 25p per spin and can be increased up to the maximum value of £125 per spin. You will see the bet amount to the left of the spin button, use the plus and minus symbols to increase or decrease as you choose. Once you are happy with the amount just hit spin, easy as that.

Wild Symbol – Legend of the Golden Monkey has not one, but two wild symbols for you to enjoy. They will both substitute for all other symbols except the bonus or the scatter and can both be activated at the same time or individually. The two wilds are:

Scatter Symbol – An ornate shield with the word bonus spins inside it is your scatter symbol here in Legend of the Golden Monkey. It will trigger the bonus spins round if you land three or more of the scatter anywhere on the reels. 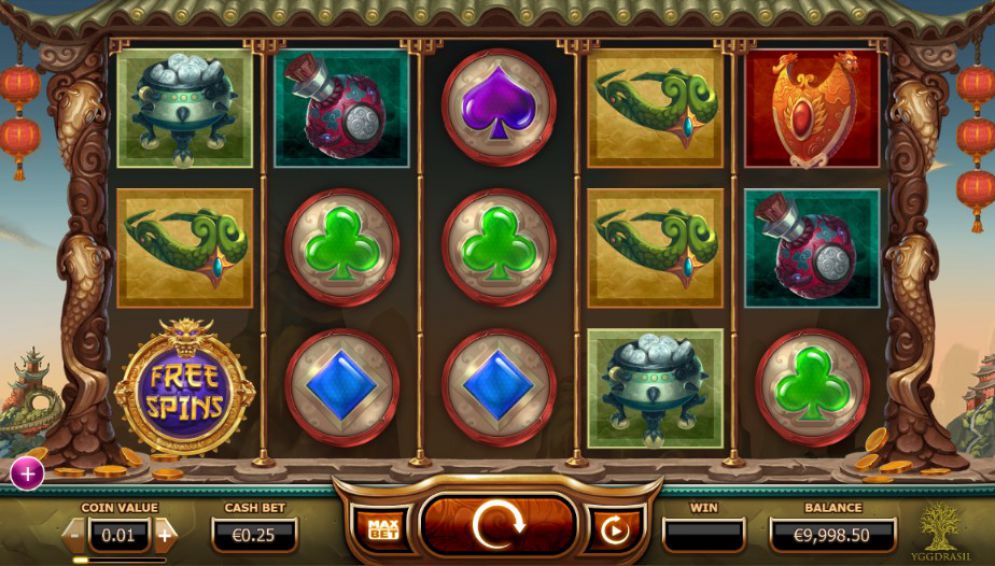 Bonus Symbol – Your bonus symbol is a treasure chest and it will only appear on reel 5. However, when it lands it will trigger the treasure chest feature and there are two variations on this. One for the main game and one for the bonus feature, read on below to find out more.

Golden Monkey Feature – At any point during the main game of Legend of the Golden Monkey you will see the main monkey himself. Because the golden monkey will appear at the bottom of the screen. When he does he will turn any symbol on the screen into another at random. The good thing about this is that it will always be a symbol that will complete a winning combination.

Treasure Chest Feature – Land yourself a treasure chest on reel 5 to trigger this feature. It is active on both the main and the bonus games, and offers different wins in both games.

Legend of the Golden Monkey is an epic game full of fantastic features that will keep you entertained. Proving very popular with people of all experience levels, it is not only fun but very easy to play and to understand. The features all work independently, but in some cases link in with the others and this is a great design ploy that Yggdrasil Gaming have implemented. Wins in the main game and the bonus are varied and don’t tend to lean towards the lower end of the scale which is awesome for players all round.