A trip to Egypt is never far away when you are playing an online slot casino. This latest offering from NetEnt combines ancient Egyptian themes as well as a bit of archaeology too. Mercy of the Gods has plenty to offer players including a progressive jackpot, roaming wilds and two chances at landing bonus spins. 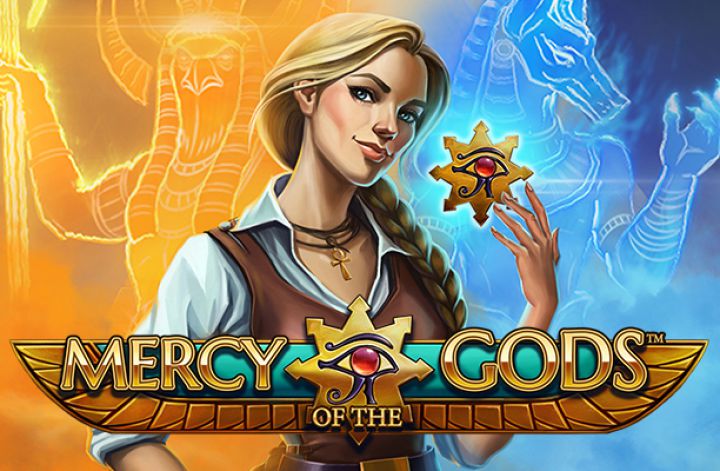 Play Mercy of the Gods on any of these top casino sites;

Mercy of the Gods is a 5-reel, 20 fixed pay line slot offering an RTP of 96.64% for players. Set in front of the temples of the Egyptian Gods, the reels spin transparently with waterfalls flowing behind them. There is plenty of Egyptian symbolism on the reels themselves, with higher paying symbols depicted by the female archaeologist and the symbols for the gods, Anubis, Ra and Isis. Lower paying symbols are depicted by the K, Q and J found in playing cards, but drawn here in Egyptian font style and edged in gold. As the reels spin there is a booming sound that triggers as each reel lands in place, along with an epic sounding tune.

Bet Amounts – Betting begins at 20p per spin and can be increased up to £100 per spin. Amend your bet by changing the bet level and the coin value. These can be found on either side of the spin button. Use the plus and minus symbols to adjust the bet up or down until you reach the bet amount you wish to play with.

Wild Symbol – In keeping with the theme the wild symbol is a very ornate gold wing and bell combination. It will substitute for all other symbols in Mercy of the Gods except the two scatter symbols.

Gift of Double Wilds Feature – This is the second mini feature available in the base game of Mercy of the Gods. Land a second wild symbol behind one already on the reels during the Gift of Life respin feature to trigger this one. Once triggered the whole reel will turn completely wild and all potential wins will be accumulated. After the wins have been claimed, the Gift of Life respin will begin again and will end once all the wilds have moved down off the reels.

Gift of Wealth Jackpot Feature – To trigger the gift of wealth you need three of the gold heart symbols anywhere in view. You will be awarded three bonus spins to play through and during the feature any of the heart symbols you land will lock into place on the reels. The heart symbols you had on the reels at the point of triggering the round will also be locked into place too. Each symbol is worth x10 to x200 your bet amount and once the round is over all bonus symbols will be accumulated and awarded to your balance. If you manage to fill 1, 2 or 3 rows with bonus gold heart symbols, you will bag one of the three jackpots that Mercy of the Gods has on offer. 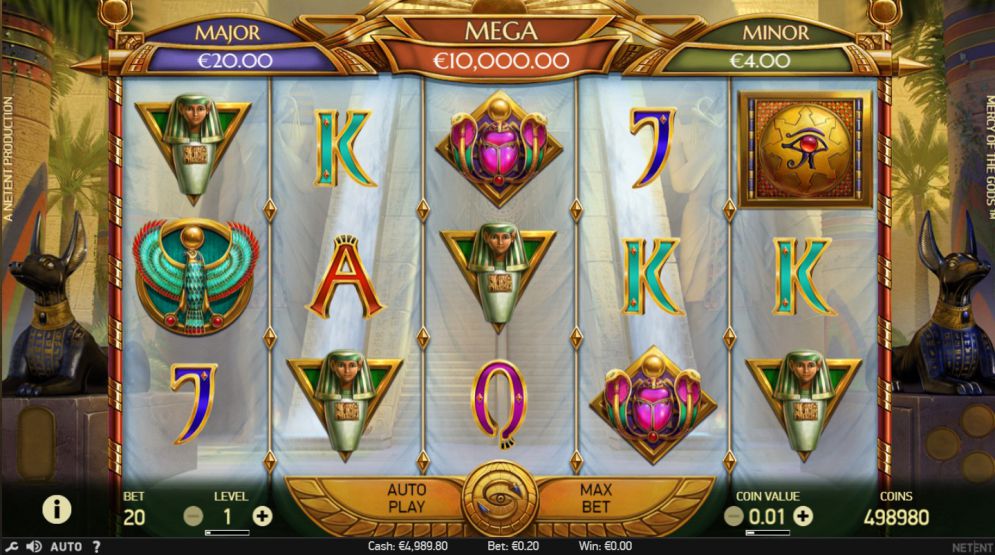 During the round if you land a wild symbol, it will fully expand to cover the whole reel it has landed on. As well as this the gift of life respins will trigger and your bonus spins will be held whilst the respins take place. You can’t retrigger the bonus spins feature from within the round unfortunately, but thanks to the respin feature there are plenty of extra spin chances to be bagged.

Mercy of the Gods is a beautifully designed and easily played game that anyone will love. You don’t need to be a fan of the genre to appreciate the skill and beauty that has gone into creating this slot. There are lots of chances to win big in this game thanks to the multitude of bonus features, especially the gift of life respins which triggers pretty often. We can see that NetEnt have tried to stuff as much as possible into the game, which usually means it becomes too complex to play. But in this case Mercy of the Gods seems to have got it just right, with enough features that lead into each other as well as working alone. Let’s not forget the chance to win that progressive jackpot either. But, even if you don’t manage that, every bonus symbol is worth from x10 to x200 and that is for every symbol on show, so once again there is still a chance to win big there without the jackpots.