Although we’re big fans of modern innovative slot games, it’s always nice to play something a little old fashioned and nostalgic. Microgaming have created this aptly named game called Retro Reels, which is symbolic of the old slots we knew and loved. It may be simple in design, but that doesn’t mean there isn’t entertaining game play and exciting win combinations. 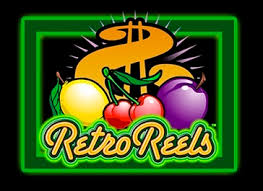 Play Retro Reels on any of these top casino sites;

Retro Reels is a 5-reel, 20 pay line slot offering players an RTP to blow your mind of 97.5%, as well as a few interesting bonus features too. Set out to look like the slot machines found in casinos of old, it would be right at home on the Las Vegas strip.

Symbols include the dollar sign, the three coloured 7’s, the bars, cherry, lemon and plum, with the dollar being the highest and plum being the lowest. Even the music that plays along as the reels spin evokes a nostalgic feel, which just makes it all the more fun to play.

Bet Amounts – Betting on Retro Reels begins at 1p per line in play and can be increased to 25p per line in play. You can choose to play from 1 line to 20 and also to amend the coin level, as well as the cost per line. This gives players a wide range of bets starting at just 1p per spin and ranging up to the maximum of £100 per spin.

Wild Symbol – There is no wild symbol in Retro Reels, but don’t let that put you off. There is still a fabulous scatter triggered feature and a little something extra to make things interesting.

Scatter Symbol – Your scatter symbol is a white tile with the number 5 and the words bonus spins on it. Land just x2 or more of these symbols anywhere on the reels, to trigger the bonus feature.

Single Reel Respin Feature – It may not be obvious to you when you first begin to play, but at the bottom of every reel there is a tab that says respin. This allows the player to spin each wheel independently of the rest of them, if you so choose. There will also be a cost attached to each reel that will be charged for spinning that one reel. The higher the cost the better probability of it creating a winning combination and the lower the cost the less likely it will create a win. 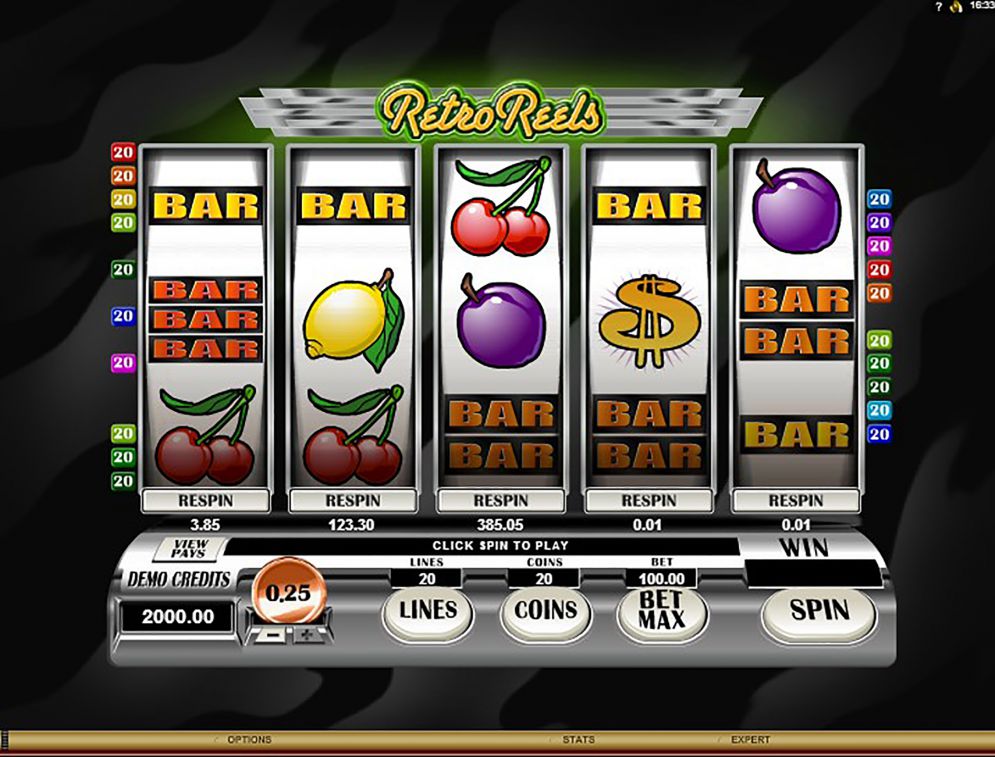 Bonus Spins Feature – Unlike other slot games you only need to land x2 scatter symbols in Retro Reels to trigger the bonus spins. The more scatters you land the higher the allocation of spins you receive on entering the feature.

During the round any win that is landed is awarded a x2 multiplier and the round can be retriggered too so watch out for those scatters landing again.

Dollar Sign Jackpot Feature – This is one you definitely want to watch out for on Retro Reels. It will only occur during the bonus feature, but when it does you will be very happy indeed. Land x5 dollar signs on an active pay line within the feature to win the jackpot of 440,000 coins. If, however you land x5 dollar signs in the base game, you will still come out with a nice win of 10,000 coins. Either way its going to be a nice boost to your balance.

Retro Reels has the best of both worlds where a slot game is concerned. It has the nostalgia of the old school games, with the modern bonus spins twist that came along with the new generation of slot designs. The fact that the bonus spins round can be triggered with just x2 scatter symbols and they can be anywhere on the reels and not tied to a pay line, gives everyone a fighting chance of entering the feature. If that wasn’t enough then you have the chance of retriggering from within the bonus and that nifty little reel respin option too. Meaning if you have one scatter symbol present you can respin other reels until you nudge another into place. That being said be wary of being sucked into the reel respin chasm. This can be an easy way to lose track of your balance as you become reel obsessed trying to land the symbol you want.