Norse mythology is one of the better-known themes that lots of slot developers gravitate towards. Who wouldn’t want to be part of the legends that are Thor, Odin, Loki and Freya, all of whom make an appearance in this next game from Pragmatic Play. Asgard is known to be the mythical home of these gods and it is where we head to now. 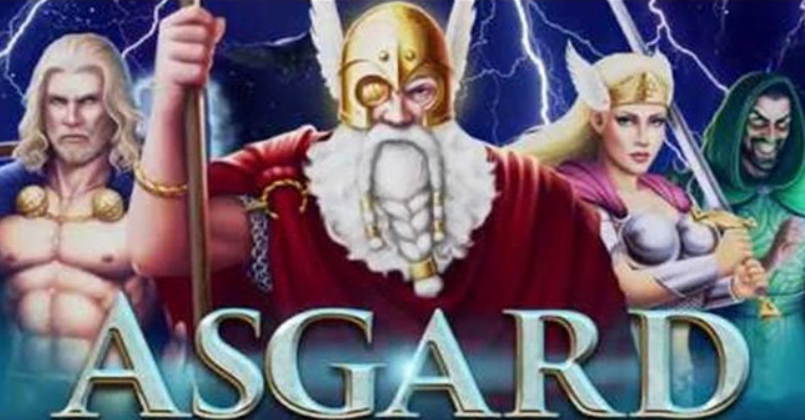 Play Asgard on any of these top casino sites;

Asgard is a 5-reel, 25 fixed pay line slot that offers an RTP of 96.48%, which is almost certain to excite anyone that plays. There are some great features to enjoy plus the luxurious design and graphics. So much so, we think Pragmatic Play have a winning combination on their hands.

As you would expect the higher value symbols are all the main Norse gods including Odin, Thor, Loki and Freya. The lower values are depicted by your card values including A, K, Q, J and 10. These are set against a backdrop that is obviously meant to be Asgard the home of the gods. The reels are set in ornate gold pillars and exude wealth and riches, something we expect gods to have plenty of.

Bet Amounts – Betting on Asgard begins at 25p per spin and can be increased to the maximum of £125 per spin. Bets can be adjusted by hitting the plus or minus sign on either side of the spin button. It will then open the stake changer, giving you the option to change the coin value and the level until you are happy with your stake.

Wild Symbol – A picture of Asgard is the wild symbol and it will substitute for all other symbols except the scatter. It is also your highest paying symbol offering wins ranging from x5 coins to x2500 coins, if you land 5 of the wilds in a winning combination. The prizes vary depending upon the stake amount so be sure to familiarise yourself with the pay tables. 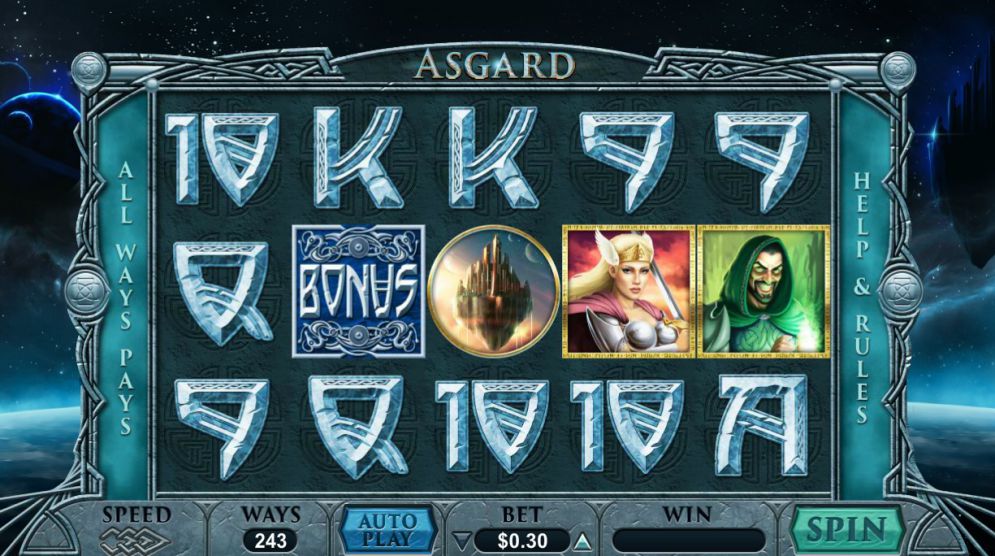 Scatter Symbol – Asgard’s scatter symbol is a glowing winged mask and it is vital to triggering the bonus feature. It only lands on reels 2, 3 and 4, and it also offers scatter win prizes for any 2 that land on any spin. This means that you can win x2 your total stake amount every time you land just 2 scatter symbols on top of any line win that is also present. But land 3 or more and you trigger the bonus feature.

Random Features – In Asgard you are very lucky as not only is there a great bonus feature to trigger. But, at any time during the game any one of these random features may activate.

Bonus Spins Feature – So, land yourself three or more of the glowing winged masks on Asgard to trigger the bonus spins. But before you get to the spinning part you need to decide which of the random features will be active throughout the spins.

What is not to love about a slot that combines all of the most popular Norse gods, lots of extras and a riveting backing track to get the pulse going? Exactly our thoughts, we loved everything about Asgard, except one vital thing. It seemed to take a long time to trigger the bonus spins and that was very off putting. Bearing in mind that once they were activated, they cannot be retriggered either and there is only 5 of them too. But other than that, we loved everything else, even the fact that the random features in the main game where the deciding factor in the bonus too. That didn’t matter because the wins are what really matters, and they came thick and fast in the main game, thanks in part to those features. It is a shame Pragmatic Play couldn’t put more thought into the bonus making it slightly different, but hey, if it’s not broke don’t fix it.