Totem poles are well known within American Indian Culture for many reasons, usually carved to reflect legends, events or cultural beliefs within tribes. But, Thunderkick have created their very own versions just for you and given them a little twist, so to speak. Let’s go and have a play on their fantastic game Turning Totems and see if these carved pillars will bring you any luck. 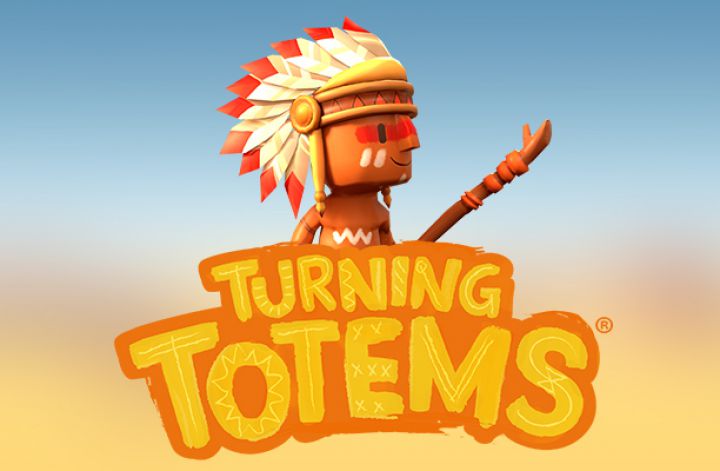 Play Turning Totems on any of these top casino sites;

Turning Totems is a 5-reel, 11 fixed pay line slot, with an impressive RTP of 96.10% considering the low amount of pay lines in play. You will see on screen the reels are set out to look like a line of totem poles, each one has three carved symbols and a wooden bird on the top. As you play you will see that the carvings on the poles turn independently of each other, instead of spinning. There is a very quiet musical track playing along in the background, which is rather relaxing to listen to. Symbols range in colours and there are different types of carving that seem to have some animal like qualities. In order of pay scale we have the gold, red, pink, green and blue carvings and all have intricate designs on the front of them.

Bet Amounts – Betting on Turning Totems begins at 10p per spin and can be increased up to £100 per spin. In order to adjust your bet, click the poker chip icon found just off to the left of the spin button and choose from any of the bets available.

Wild Symbol – Turning Totems has two wild symbols in play throughout the game. One is a dormant wild and will only be activated as part of the feature. This one looks like a brown eagle with his wings over his eyes and acts like a normal symbol until the feature. The second is the normal wild and is a brown eagle with a gold W emblazoned across its face. This one will substitute for all other symbols except the scatter. 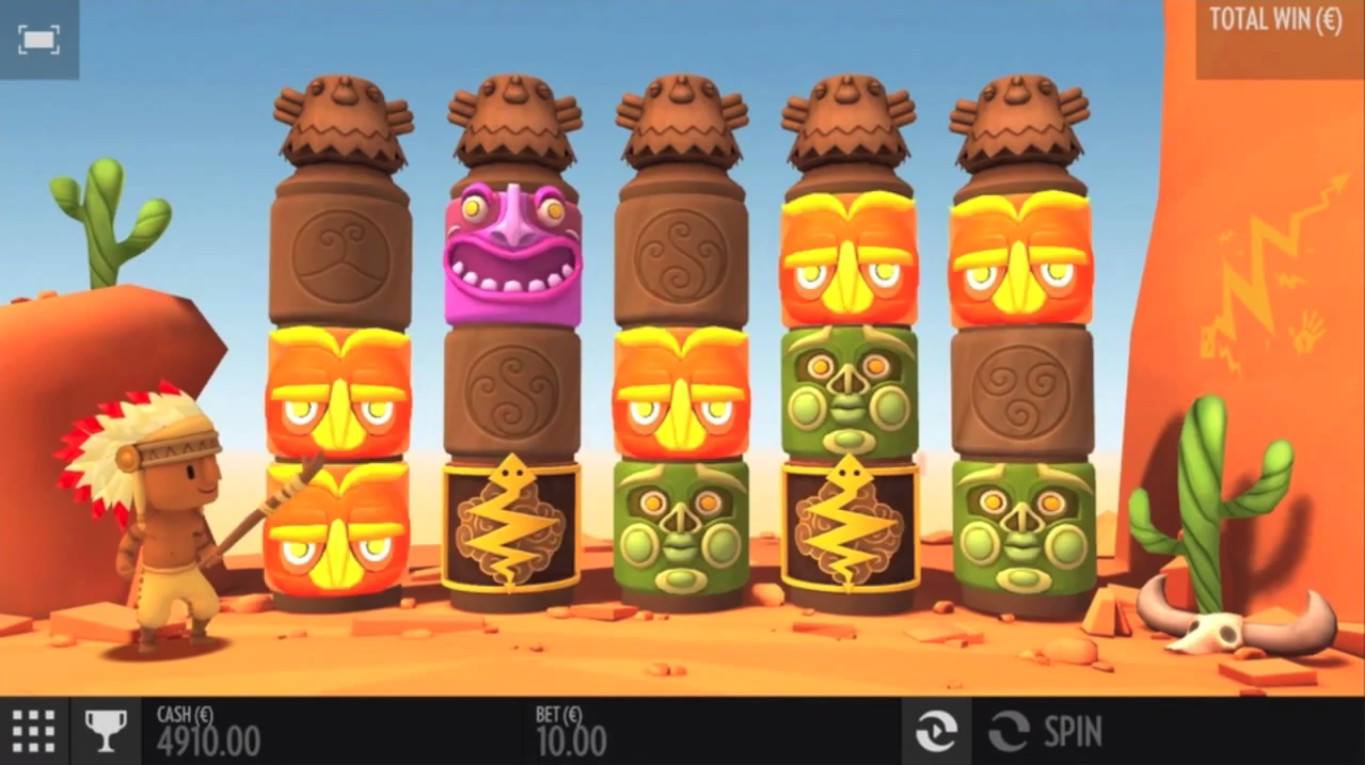 Scatter Symbol – A gold snake in the shape of a thunderbolt is your scatter symbol and is aptly named the thunder snake! Land one of these symbols on any totem pole to trigger the Thunder Reel feature. But, land 3 on separate reels to trigger the bonus spins round.

Thunder Reels Feature – To trigger this feature you need to land at least one thunder snake scatter symbol on a single totem pole. The carved bird at the top of the totem pole will turn gold and any sleeping wilds will now be transformed into normal wilds. Once this has happened you will now receive one single respin of all reels, with the wilds held in place on the reel that triggered the feature. You can trigger more than one reel at a time with this feature but if you trigger three, then you will enter the bonus spins feature.

Bonus Spins Feature – Having landed x3 thunder snake scatter symbols on separate reels, you will now enter the bonus spins. All the activated thunder reels will remain in place giving you sticky wilds for the duration of your spins. You will receive 5 bonus spins to play through, they can’t be retriggered, but those sticky wilds are going to help out a lot in creating the bigger wins.

Turning Totems is a quirky, bright and fast flowing game, with a distinctive twist to the usual game play for slots. Thunderkick have changed things up a little with the dormant wild symbol that activates during the feature. The great thing about this is that the dormant wild lands often. So once the feature triggers, those dormant wilds come to life and really boost those win potentials. Overall with two interesting features and an innovative twist on the wild symbol, we feel that everyone will love Turning Totems as much as we do.

Napoleon: Rise of an Empire

February 10, 2019 Boku Slots Comments Off on Napoleon: Rise of an Empire