Vikings are well known for their ferocity and violence, which is why when we happened across this slot from Yggdrasil Gaming we were intrigued. In this game, which is the first of a series, the Vikings in question battle a tentacled sea creature that we think is meant to be the Kraken; but will they win? Join us and them as we help the Vikings go Wild at sea and hopefully find some treasure along the way. 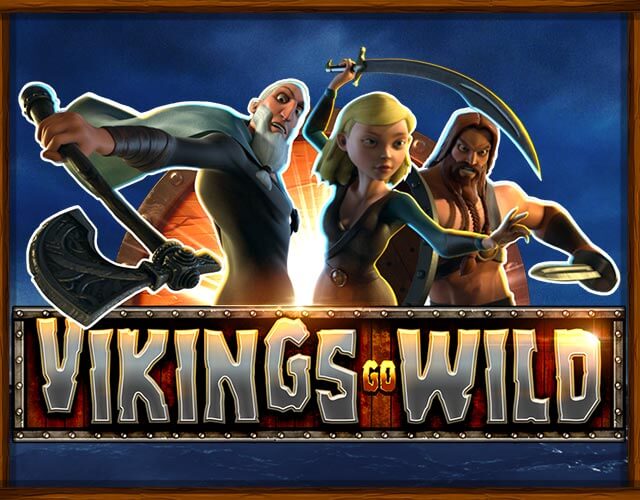 Play Vikings go Wild on any of these top casino sites;

Vikings go Wild is a 5-reel, 25 fixed pay line slot that offers a sacrificial RTP of 96.30% for all Vikings who dare to prise the treasure away. It is set aboard a Viking long ship with sea faring sounds playing along in the background, alongside some very heart pounding music. If you get a bit sea sick or motion sick, try not to focus too much on the waves that are shifting in the background, trust us it’s not worth it. The symbols themselves are about as ferocious and fearsome as a duck if we are honest with you, the characters look like they jumped right out of a child’s cartoon. However, the four Viking characters make up your higher paying symbols and the four coloured coins are your lower, which makes it easy to follow.

Bet Amounts – Betting begins at 25p per spin and can be increased up to £100 at the highest, which isn’t too bad considering. Amend that bet by adjusting the coin value to the left of the spin button until you hit the amount you are happy with, then get playing.

Wild Symbol – Not trying to be too obvious here, but your wild symbol is just the word wild in big gold letters in front of a shield. That aside, the wild symbol will substitute for all others except the bonus spins scatter symbol.

Scatter Symbol – A long ship is your scatter symbol in Vikings go Wild. Landing three or more of these will trigger your bonus spins round.

Wild Reel Feature – Only available within the bonus feature, this will turn the entire reel it lands on wild. The reel will remain wild for the rest of the spins within the bonus round, land this early and it could prove very lucrative for you.

Treasure Chest Feature – Wanting to be able to give you more than just a bonus spins round, Yggdrasil Gaming added a treasure chest feature. If you land a treasure chest symbol on reel 5 in the main or bonus game, it will give you an instant win selection.  Depending upon where you are in the game when it lands, determines the potential prize allocations: 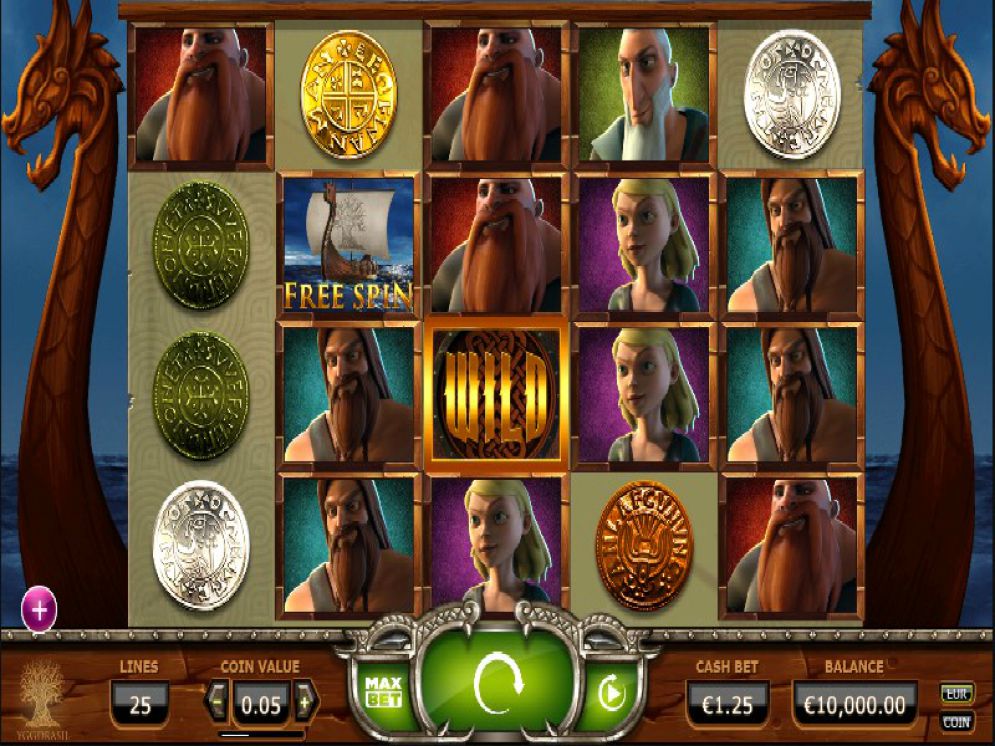 Bonus Spins Feature – In order to enter the bonus spins round, you will need to have landed three or more scatter symbols in the main game. Spins will be allocated according to the number of scatter symbols you landed:

Here is where you will see the Vikings battle the kraken, every time one of the character symbols lands it will be attacked. If the Viking wins and drives the creature away that symbol will then become a sticky wild for the rest of the spins. If the character loses it will be dragged off the reels and under the sea! Obviously, the more spins you have the more chances you will get of Vikings battling the kraken and winning extra sticky wilds for the remaining spins. You cannot retrigger the bonus spins again within the round, unless you are very lucky and land a treasure chest which awards extra spins.

As Vikings games go, Yggdrasil haven’t done a bad job creatively. Graphics are entertaining and there is a fun little video clip at the beginning too. Vikings go Wild just evoked a little more in our minds than actually played out on screen, but we still had fun with it none the less. Wins happened regularly, and it was great watching the Vikings fight the kraken in the feature game too and win, though not as often as we liked. We look forward to having a look at the other games in the series, to see where the theme is taken and whether any features change.