Fairy tales provide endless depths of game ideas for slot designers and this latest one is derived from none other than Red Riding Hood. IGT are well known for their innovative and creative games and Miss Red is one such creation. If you go down to the woods today, better hope it has Wi-Fi, as you won’t want to stop playing. 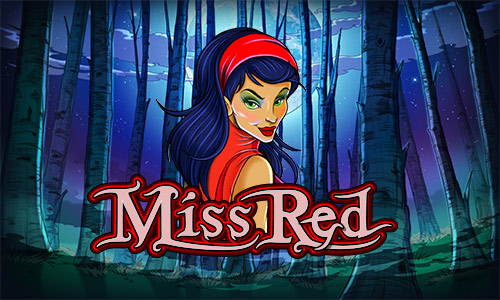 Play Miss Red on any of these top casino sites;

Miss Red is a 5-reel, 1024 ways to win slot offering a bite worthy RTP of between 92% and 96.16% for players to grab hold of. Giving a much darker theme to the fairy tale, IGT has the reels spinning against an eerie dark forest background and even the symbols have a sinister twist to them. The higher values are Miss Red, the wolf, granny and the hunter. The lower values being flowers, pine cones, a squirrel and a rabbit. Music is always a hit or miss thing with us but this time there is a nice balance between the music and the sound effects which is refreshing.

Bet Amounts – Betting begins at £45 per spin and can be increased to the maximum of £450 per spin. This may seem on the higher end of the scale in both respects, but IGT have implemented something called Multiway Xtra for this game and this is the reason betting is a tad higher.

Multiway Xtra Reels – Most slots offer set pay line structures or an anyways win, which usually pays left to right or vice versa. Multiway Xtra is a little different and will pay out on a winning combination of symbols from left to right, right to left and within the centre three reels. This will come in handy considering the other feature that has been added, which is called End2End expanding symbol.

Wild Symbol – IGT have introduced something called expanding symbols which we will go into in more detail below; these are your Miss Red and the wolf symbols. To create a wild symbol, you must land a Miss Red in between two wolf symbols or vice versa. This will create multi wolf/Miss Red symbols and they become your wild and all symbols with a wolf or Miss Red on will turn wild and complete any wins for that spin only.

Scatter Symbol – Granny’s cottage is the scatter symbol and landing three or more anywhere on reels 2, 3 and 4 will trigger the bonus game. 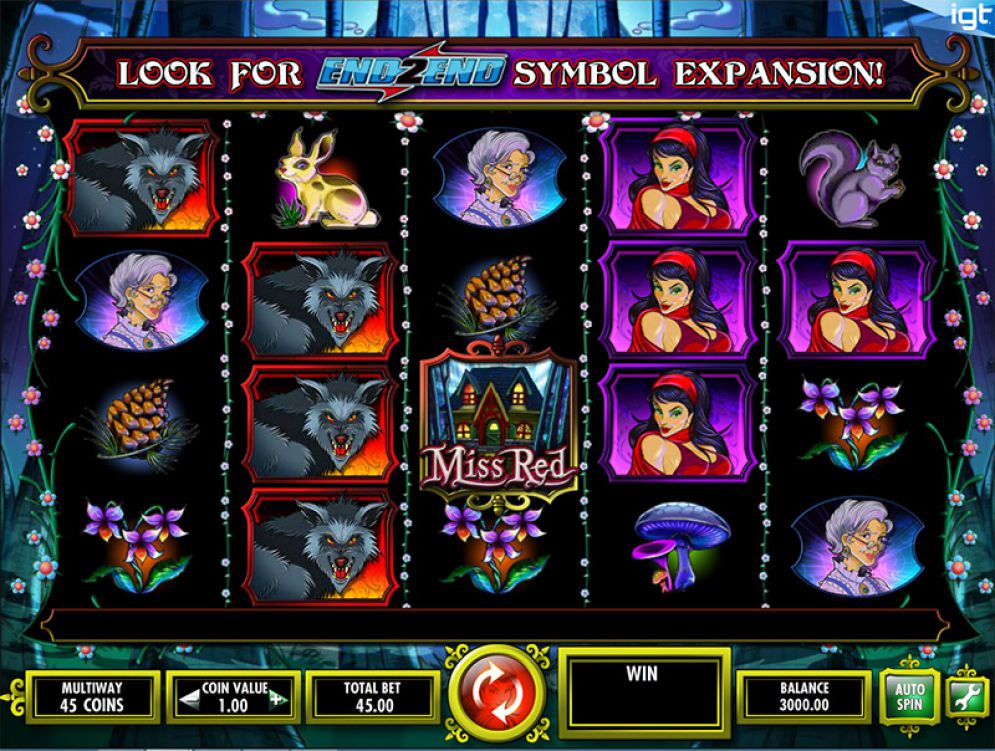 End2End Expanding Symbols – Ok so here is where it gets a little technical, remember the wild symbols, Miss Red and the Wolf?  They are what IGT have called End2End Expanding symbols. This means that if you land either the wolf or Miss Red on the same row they will expand to cover the symbols in between them, converting them into matching symbols and creating much bigger wins. Due to the fantastic lay out of the game and the design this means you could end up with expanding reel symbols on more than one row, if you are lucky!

Bonus Spins Feature – Having succeeded in landing three or more of the cottage scatter on reels 2, 3 and 4 you will trigger the bonus. You will be taken to a new screen where you will need to choose from baskets of fruit and flowers, but you may only choose one. Your choice will reveal the number of spins you will be allocated during the next stage. The good news is if you land more scatters during the round you will get to pick again, and those spins will then be added to your current total. Spins available range from 5 to 15 on the initial run, but with the retriggers you can be awarded up to a maximum of 280 spins in total.

Miss Red is a bit of a mixed bag when it comes down to it. On one hand the graphics and gameplay are fantastic. But, on the other the high stake amounts and lower than average pay outs can be a turn off. Overall there were plenty of wins within the base game, but all on the lower end of the pay table with the occasional big win. The bonus spins was a good boost to winnings, but it took longer than expected to trigger and at such high stakes this can be unsustainable for most. Certainly, worth giving a try if you have the funds to do so, but we wouldn’t advise investing too much time or money into the game. Because, despite the fun factor there just isn’t a big enough clawback to justify it.