Golden Mane is a slot from Nextgen Gaming which has a magical dream like feel to it. Themed solely on horses it’s perfect for the equestrian fans out there, but is it a game you should spend your well-earned pennies on? Boku Slots is here to find out. 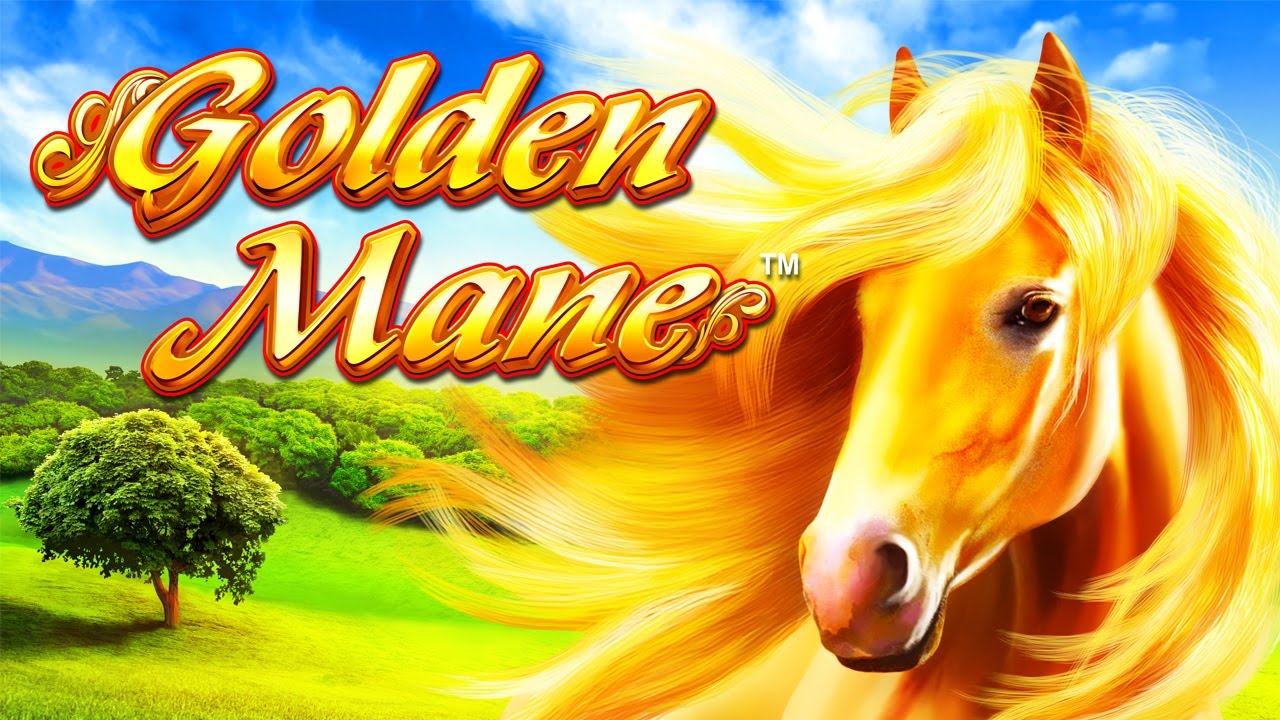 Play Golden Mane on any of these top casino sites;

Golden Mane is a 5-reel slot with 10 fixed pay lines and an RTP of 96.96%. The game itself is set against a lush countryside backdrop. Wins are not paid both ways in this game, which is unusual with it having only 10 fixed lines; they are only paid left to right. As a whole though we didn’t think this had too much of a negative impact on the game itself.

Bet Amounts – Betting on Golden Mane begins at just 15p per spin and can be increased to the maximum of £150 per spin if you so desire. There is plenty of options in between the two amounts, meaning the game is suitable for all pockets.

Wild Symbol – A gleaming golden horse is the wild symbol and it substitutes for all other symbols, except the scatter. The golden mane wild is also the highest paying symbol on the reels, offering a whopping 1,500 coin win if you land 5 of these on a winning line.

Scatter Symbols – For some the horseshoe is thought of as good luck, so it would make sense that the scatter symbol is depicted as one. The scatter only lands on reels 2, 3 and 4, and if you land 2 or 3 scatters on the reels you will trigger the bonus spins feature. 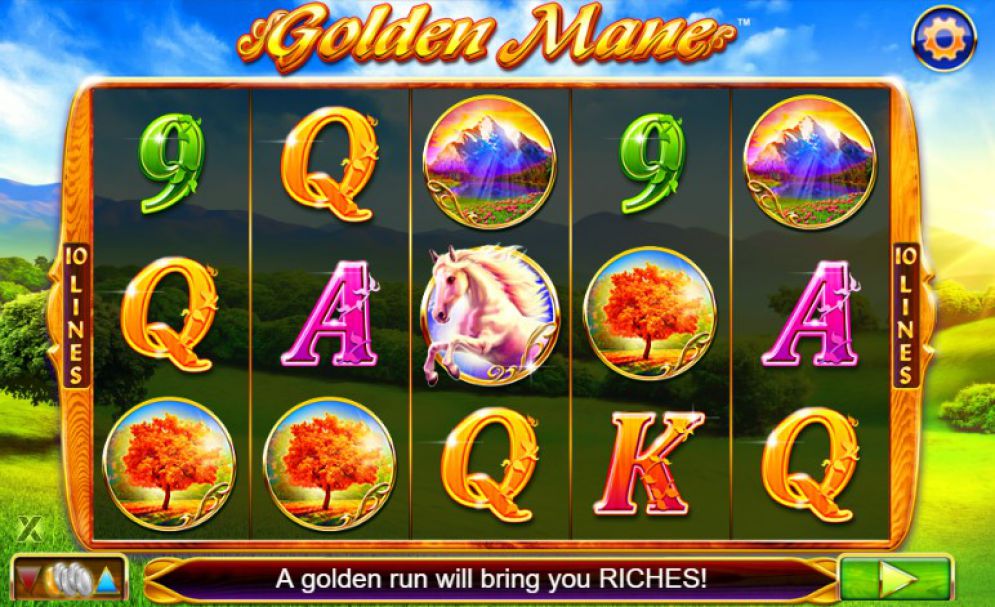 Scatter Run Feature – At any point during the main game this feature can be triggered. When this is activated random scatter symbols will be added to reels 2, 3 and 4. This in turn can aid the activation of the bonus spins feature, as well as completing winning combinations too.

These symbol replacements remain in place until the bonus spins are over. So as you can see the potential for big wins increases with every spin of the reels that you are allocated during this round. More spins can be triggered during this feature also.

Golden Mane has captured our hearts with its stunning graphics, lush soundtrack and of course the features. We expected the wins to be few and far between with such a low amount of pay lines, but once again we were proven wrong. This is because the added feature of the scatter run made triggering wins easier. Once again Nextgen have proved its quality over quantity and we applaud them for doing so.