If you go down to the woods today, you’ll be sure of a big surprise. But, instead of bears you will find their money, all packaged up in a nice-looking slot from Inspired Gaming. So, keep a watchful eye out as they can be very territorial. Let’s see if we can get you a share of the Bear Money and get you home safe before the bears attack! 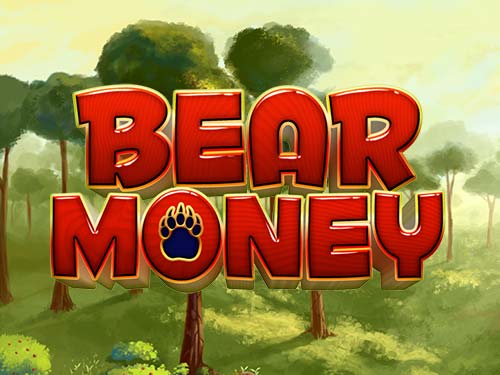 Play Bear Money on any of these top casino sites;

Bear Money is a 5-reel, 10 fixed pay line slot that offers players an RTP worthy of a bear hug at 96.5%. Set inside the middle of the forest and surrounded by trees, your reels are encased in a wooden frame and suspended amidst the lush green surroundings. Symbols in the game range from items that a bear may be interested in, much like Yogi Bear. Higher value symbols include the Bear Money logo, a block of cheese, a sub sandwich, a blueberry pie, a picnic basket, jam sandwich and a jug of juice. Lower value symbols are A, K, Q and J which have all been given a cartoon feel to their design. As the reels go through the spins you will hear an almost comical tune playing along. Over time it got a little annoying, but if all else fails you can mute it.

Bet Amounts – Betting on Bear Money begins at 10p per spin and can be increased up to £60 per spin. In order to amend the bet, use the plus and minus signs to adjust it up or down until you are happy with the amount showing. 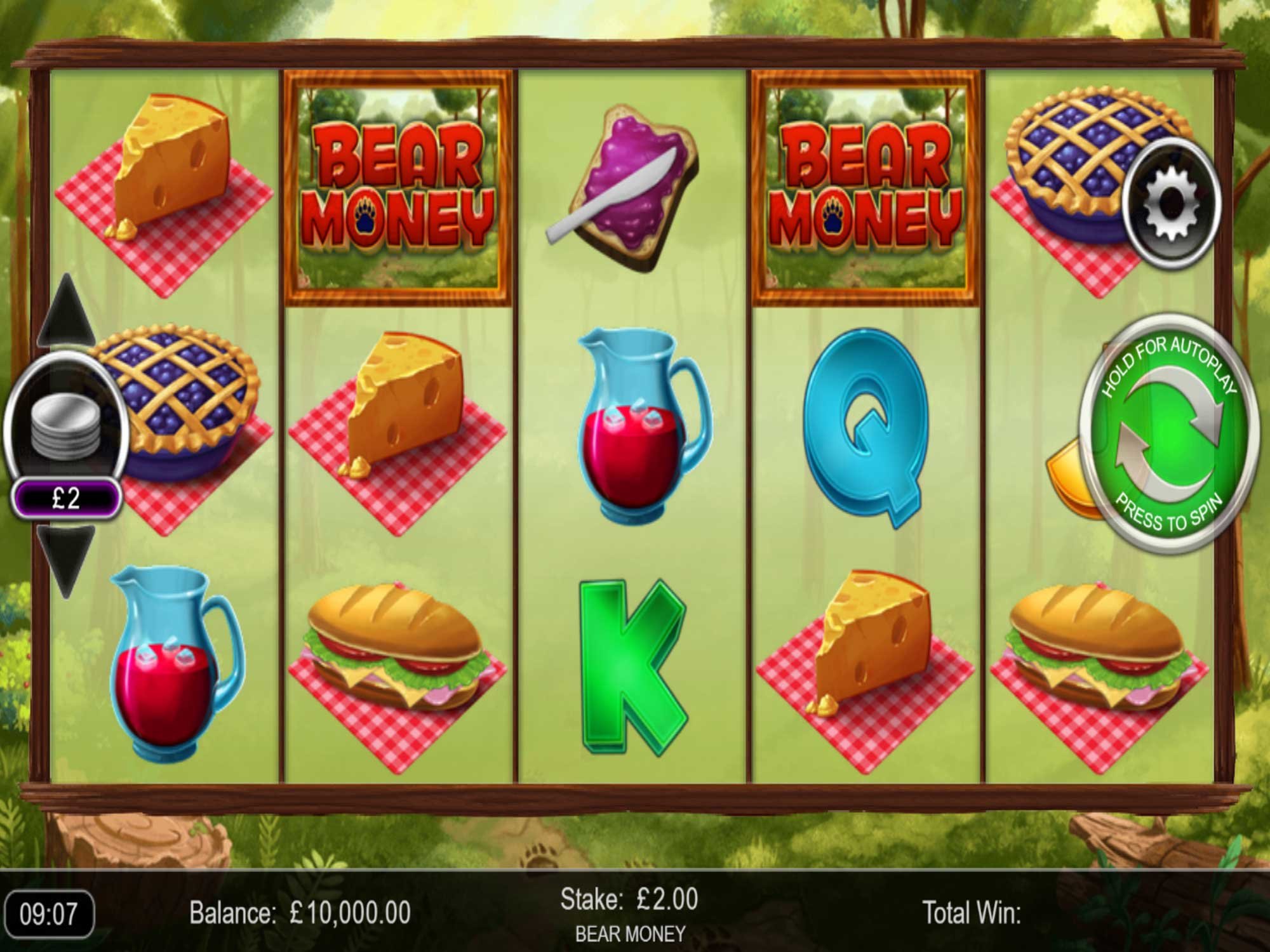 Wild Symbol – There is no wild symbol in Bear Money, Inspired Gaming decided to go in a different direction. Instead of a wild there is a bonus symbol which works in conjunction with the picnic basket symbol.

Bonus Symbol – A honey jar is your bonus symbol in Bear Money, and it will only land on reel 5. In order to trigger the feature with the bonus symbol, you need to land x6 picnic basket symbols on reels 1, 2, 3 and 4 at the same time as you land a honey jar bonus symbol on reel 5.

Cash Collection Feature – To trigger the feature you will have landed x6 picnic baskets on reels 1 to 4 and a honey jar on reel 5. The picnic baskets in view will now remain in place and each one that is held will have a cash sum on the basket. All positions on the reels will now contain either picnic baskets or blank spaces on reels 1 to 4 and bears only on reel 5. The remaining positions that do not have baskets on will now spin, with a total of 5 respins allocated. If you land more baskets they will hold in place too until the end of the round. If you land a bear on reel 5 it will instantly award all of the sums that are showing on the front of every basket. This will happen every time you land a bear on reel 5, regardless of whether it has already been awarded before. If no bear lands on reel 5 then you will still win, as all of the baskets accumulated during the spins will create multiple line wins at the end. Meaning that either way with this feature you will win, because either the line wins at the end of the feature or the instant win from landing a bear symbol plus the line wins at the end. Obviously you will be hoping for the latter, but its pretty good either way!

On first look Bear Money appears to be a simple game with one single feature. But in retrospect it is much more than that. The cash collection feature is a complex one but once you get your head round it, it becomes easy to understand. Main game wins happen in fits and bursts, by that we mean you can have a run of wins and then a run of non-wins. This is a bit off putting overall, but the games saving grace is the feature. Again, this can be quite long winded in triggering due to needing the single honey jar on reel 5 at the same time as x6 baskets on the other reels. Once it triggers the win potential is impressive indeed, with a guaranteed win one way or the other.

May 30, 2018 Boku Slots Comments Off on Untamed Wolf Pack