The Greek Gods are a huge draw for most online players, and it happens to be one of our favourite genres too. That’s why when we came across Ancient Fortunes: Zeus from Microgaming we had to give it a go. It offers rolling reels and a very interesting additional feature too, so if you are feeling up to the challenge, it’s time to take on the gods! 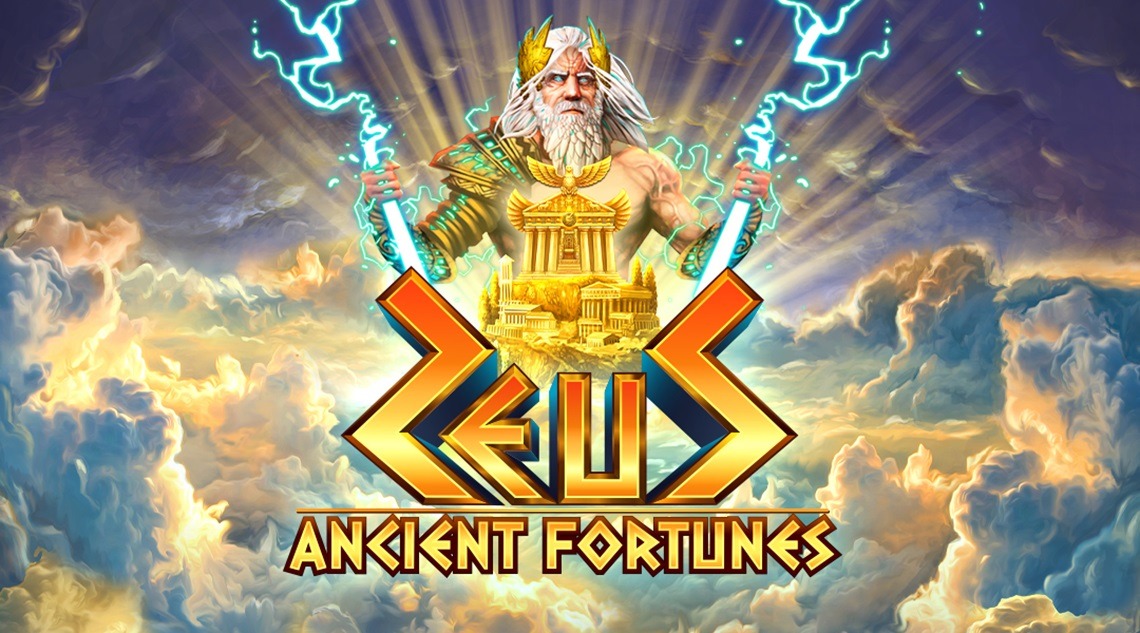 Play Ancient Fortunes: Zeus on any of these top casino sites;

Ancient Fortunes: Zeus is a 5-reel, 10 fixed pay line slot offering players a great RTP of 96.02%. In a bid to change things up Microgaming have set the game out as if the reels are forming part of a wall. It could even possibly be one of the walls surrounding the temples of Olympus. There are some very interesting carvings making up your symbols including gods faces, animal like symbols and even lightning bolts! High value symbols include four god like faces in red, blue, purple and green, with lower values being animal symbols also in red, blue, purple and green. In the background of course is a very powerful and ominous music track, that sounds as foreboding as the gods the game is based upon.

Bet Amounts – Betting on Ancient Fortunes: Zeus begins at 10p per spin and can be increased up to £70 per spin. Adjust your bet by using the symbols on either side of the bet amount to increase or decrease the bet until you are happy.

Wild Symbol – Zeus’s face carved in stone is the wild symbol, he can land anywhere on the reels. He will substitute for all other symbols in the game except the lightning bolt scatter symbol.

Scatter Symbols – Your scatter symbol in Ancient Fortunes: Zeus is a lightning bolt which is in keeping with the overall theme. Landing three or more of these on adjacent reels starting from left to right will trigger the bonus feature.

Rolling Reels Feature – This is always a welcome addition to any slot game, as it offers players multiple win chances from one paid spin. Every symbol that helps to form a winning combination will be removed from the reels and replaced with new symbols dropped in from above. If the new symbols that drop help to create new wins, then those symbols will be removed and replaced, and so on until no new wins can be created. 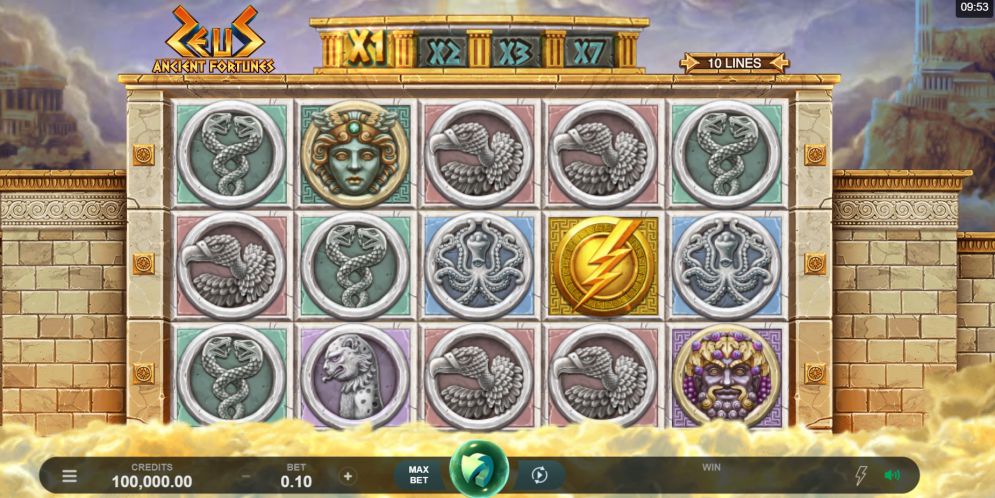 Rolling Reels Multiplier Feature – What could be better than an increasing multiplier feature? One that is active in both the main and bonus feature that’s what. With the rolling reels multiplier that’s exactly what you get. It triggers after you have completed 2 or more win combinations and the multiplier increases after each symbol drop.

The multiplier awards increase during the bonus spins too, meaning bigger win potential for players.

Bonus Spins Feature – To trigger the bonus spins feature, you need to land 3 or more of the lightning bolt scatter symbol from left to right on adjacent reels. Upon doing so you will be awarded a number of spins dependant upon how many scatters triggered the feature.

The bonus spins feature can be retriggered from within the round, with no limit to the number of times this can be done. The rolling reels multiplier is also activated here but it begins at x3 and increases to x7, x11 and then finally x21, with each consecutive win that culminates in a rolling reels drop formation.

As is expected from Microgaming, Ancient Fortunes: Zeus is a game of epic proportions and does not fail to excite players. The addition of the rolling reels feature is exceptional enough and a huge draw for us. But then when you consider the fact you can retrigger the bonus spins innumerably, you have a winning combination on your hands. We can see why players keep coming back to this game time and again. With the great win potential coupled with quirky animations and interesting graphics, Ancient Fortunes: Zeus appears to have it all. The only way to test that theory is to enter the realm of the gods and see for yourself!