Welcome to this lush green island which hails from Yggdrasil Gaming and is a game based on the Moai Heads that decorate Easter Island. Once you step foot into the Easter Island slot you will be given lots of fun and some pretty interesting features to try. 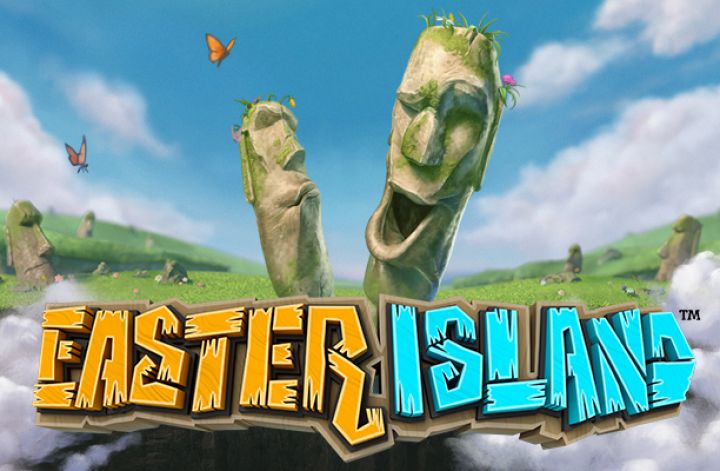 Play Easter Island on any of these top casino sites;

Easter Island is a 5-reel, 27 fixed pay line slot offering an RTP of 96.10% for players. However, the pay line structure does change during one of the features which you can read about below. As for the game set up, you will see two stone Moai head carvings on either side of the reels. These stone structures move and speak throughout, injecting a bit of fun into the game and they form part of the features too. The reels look like they are set inside a stone structure with symbols carved onto wooden planks. A Hawaiian themed tune plays along as the reels spin and the symbols all have a carved theme to their design. Higher value symbols include red eagle, orange fox, purple lizard, green chameleon and a blue fish. With lower value symbols being carvings of the standard card suits, heart, diamond, club and spades.

Bet Amounts – Betting on Easter Island begins at 10p per spin and can be increased up to the maximum of £200 per spin. To adjust your bet, you need to use the plus and minus signs on each side of the coin value to the left of the screen.

Wild Symbol – In Easter Island your wild symbol is a golden head carving with a blue gem in the centre of its head. This will only appear on reels 2 and 4 and will substitute for all other symbols to form winning combinations. Not only that but it will expand to fill the whole reel it has landed on, but only if there is a winning combination that can be completed by doing so.

Scatter Symbols – There are no scatter or bonus symbols in Easter Island. Instead the features are triggered from within the main game. 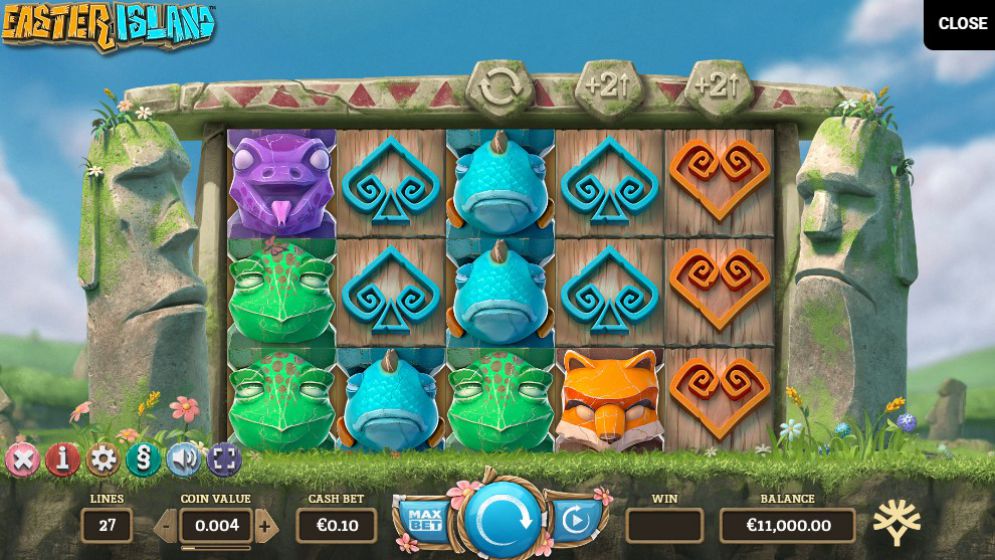 Symbol Swap and Expanding Reel Feature – Both of these features are triggered by matching 3, 4 or 5 of a kind symbols during the base game only.

The two features are explained in more detail below, but beware you cannot retrigger any of the features during the respin offered.

Symbol Swap Respin Feature – This feature will trigger after every winning spin in the main game and offers a single respin of the reels, with symbols swapped to guarantee a win on the next spin.

Easter Island is a quirky, fun and engaging game, for anyone who likes feature filled slots that are easy to trigger. Because there is no scatter symbol or bonus needed to activate the features, you will find that they land more often here than in other games. It also means that on one single spin you could activate both the bonus respin and add either an extra 2 or 4 rows to the reels for that spin. Main game wins land fast too but usually on the smaller end of the pay scale, whereas your bigger wins are usually found in the bonus respins. Overall Easter Island is a well thought out game and those animated stone Moai heads just add to the fun.

February 10, 2019 Boku Slots Comments Off on Turn Your Fortune