The Orient features in many online slots, because they usually make for vibrant and elegant games. Wu Long from Playtech is one such slot, but obviously we at Boku Slots are specifically interested in the game play and bonus features. 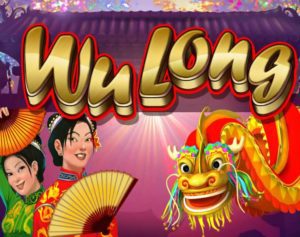 Play Wu Long on any of these top casino sites;

Wu Long is a 5-reel, 25 pay line slot offering a perfectly tempting RTP of 95.99% for players. It is set against the back drop of a vibrant temple, with firework noises exploding in the background. The symbols all have an oriental theme including geisha girls, lucky dragons and even firecrackers and lanterns making an appearance, in this bright and colourful game.

Bet Amounts – Betting on Wu Long begins from just 1p per line in play to 40p per line in play. This would mean spins can cost from 1p to £10 maximum, again sticking with the Playtech theme of having affordable games for all.

Wild Symbol – The dragon symbol is your wild and will substitute for all other symbols in the game. But Playtech have a neat trick of adding sneaky little surprises in to their games, so read further to see more.

Scatter Symbol – Not only is the dragon symbol your wild, it is also your scatter. By landing three or more anywhere on the reels you will trigger the bonus spins feature, as well as receiving the scatter wins pay out on top of the line win. 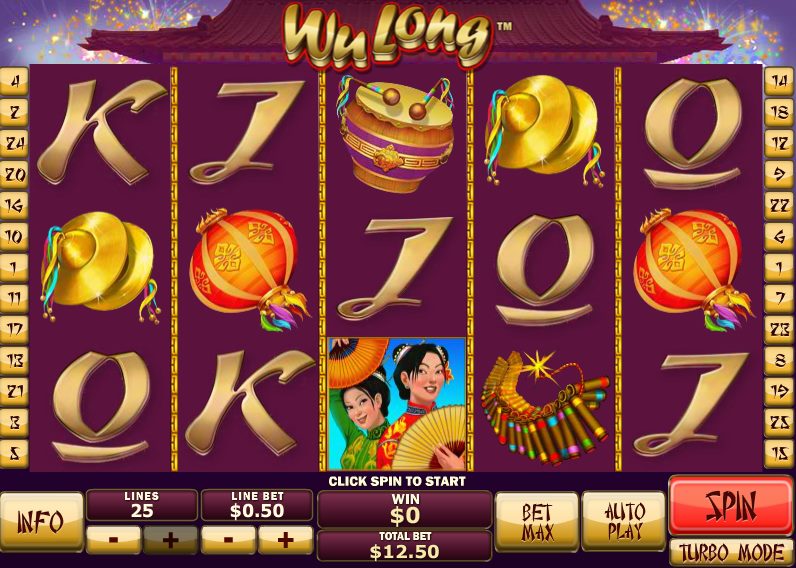 Dragon Bonus Feature – On landing three or more dragons, your bonus game will begin. You will be allocated 12 spins, with the chance of winning more within the game itself. If another dragon symbol lands, it will offer the following extras:

The extra spins can be won indefinitely if dragons are landing on the reels. However, once no dragons appear, the multiplier that was last reached will begin to decrease by one step on each consecutive spin until another dragon lands.

Considering Wu Long is a 25 pay line slot, the features aren’t as vast as you would expect. That being said the dragon bonus feature has so many variants, that it can go on for some time once it is triggered. For this alone we suffered through and after a few spins we found it to be very enjoyable and eye catching to play. We did enjoy the twist on the wild/scatter combination symbol as it certainly made triggering the bonus easy enough, as well as completing winning lines in the main game too.