Have you ever dreamt of being a spy? Well our next character has and thanks to 2by2 Gaming she has been given her chance. Agent Valkyrie is a great little slot game that centres around the missions given to our heroine. Will she succeed and win back the treasures stolen by the villains, only you can help her, so get your game faces on. 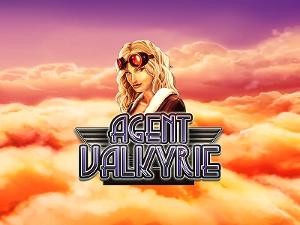 Play Agent Valkyrie on any of these top casino sites;

Agent Valkyrie is a 5-reel, 25 fixed pay line slot that offers anyone brave enough to join forces, a very respectable 96.7% RTP. There is an almost steampunk / art deco theme running through the design of the game, with some of the character symbols looking like they belong in a mug shot album. Agent Valkyrie herself stands watch at the side of the reels as they spin along to an epic sounding backing track.

Bet Amounts – Betting begins at 25p per spin and can be increased to a maximum of £25 per spin. This makes Agent Valkyrie one of the more affordable slots you will find floating about. Amend your bet by increasing or decreasing the stake to the left of the spin button.

Wild Symbol – The Agent Valkyrie logo is your wild symbol and it will substitute for all other symbols except the scatter and the bonus. As well as this it is your highest paying symbol and depending upon your stake, you could win between x10 and x1000 coins for landing 5 on a winning line.

Scatter Symbol – A gold compass is your scatter symbol in Agent Valkyrie and 3 or more of these anywhere on the reels will trigger the bonus spins round. Scatter wins are also in play here, so for any 3 or more in view they will also pay out on top of your line win.

Bonus Symbol – Agent Valkyrie has a very interesting bonus feature that is triggered with the landing of coin symbols on the reels. Coin symbols will only appear on reels 2, 3 and 4, and each time one lands on a reel it will be collected in the meter above. Collect x3 coins on any of reels 2, 3 and 4 to trigger the respective coin bonus features available. 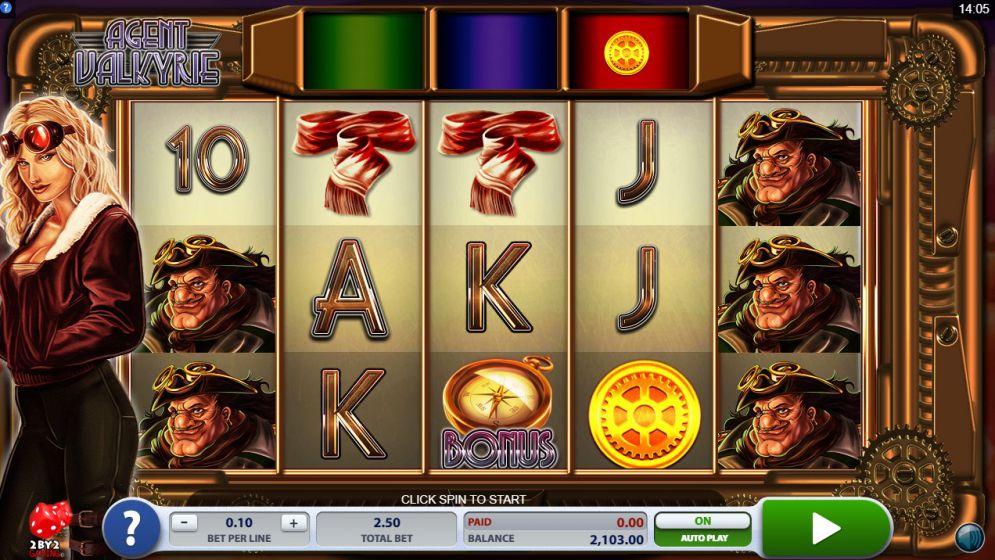 Bonus Spins Feature – After landing 3 or more scatter symbols you will enter the bonus spins feature, with a set of spins allocated to you as shown:

As well as the spins you will be given the choice to pick a mission, there are two options and each one comes with special extras available.

During either of the two missions you will see that the scatter symbol will only land once per spin. Every time a scatter symbol lands it will award one extra spin to your total, extending your chances to win big a little further each time.

Coin Bonus Feature – This is a base game feature and is a very interesting one at that. Every time a coin lands on reels 2, 3 and 4 it will fill a space in the meter above. During your feature you will receive a respin of the reels plus one of the features below. On your respins the scatter and bonus symbol will not be available. Every time a reel lands x3 coins in the meter above, it will trigger the respective bonus as shown:

Agent Valkyrie is a brilliant game, with some intriguing features that really boost those winnings. We loved the bonus spins option where you can build your own personalised way to play. Considering the borderline RTP we expected more wins in the bonuses than in the main game, but we were proved wrong. Wins were quite frequent in the main game and that coin bonus triggered fast enough too which was great.