There are many of us who love retro games such as Tetris and Space Raiders, so we can reminisce over simpler times. Boku Slots have discovered a fun slot game with a truly 80’s vibe called Arcader, which was designed by Thunderkick Games. 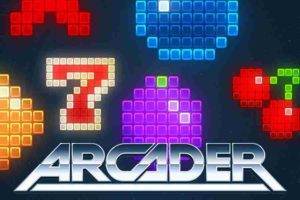 Play Arcader on any of these top casino sites;

Arcader is a 5-reel 15 pay line slot that offers a mighty 96.10% RTP. Just in case the pixelated symbols hadn’t already won your heart, we are sure the RTP will.

Bet Amounts – Betting on Arcader begins at 10p per spin and can be increased up to a whopping £100 per spin, with lots of variants in between to suit all players’ needs and pockets.

Bonus Symbol – Otherwise known as the scatter, but during the game is called the bonus and is depicted by the letter B. Land 3 or more bonus symbols to trigger the bonus spin feature game.

Expander Symbol – This is another type of wild symbol which is shown as a kind of duo of triangles. When it lands on a reel and a win can be completed, it will expand to fill the reel and finish the winning pay line. 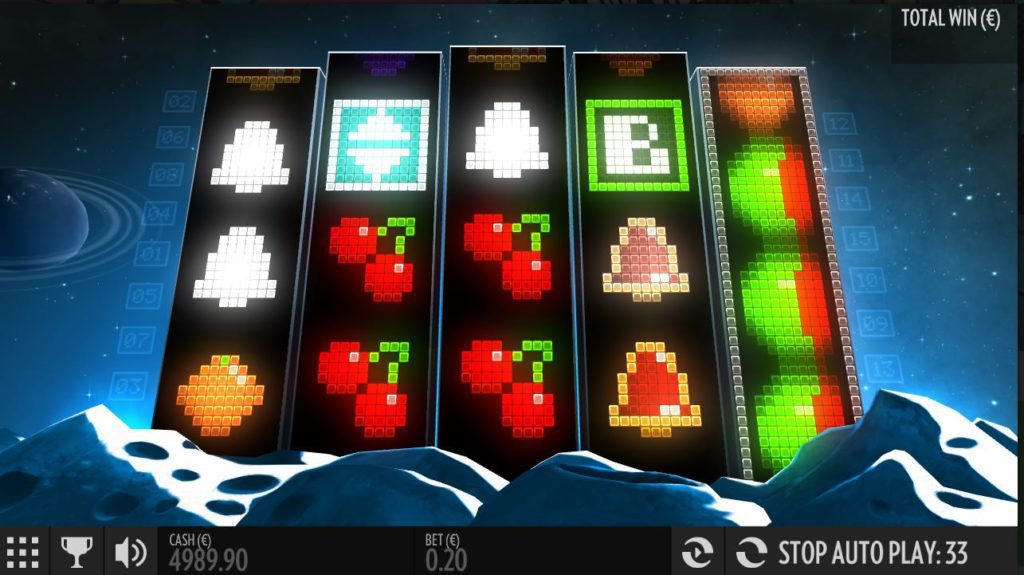 Bonus Spins Feature – To trigger this you need 3 or more bonus symbols, you will be awarded with a set amount of bonus spins and a multiplier for the duration of those spins.  Here you will also stand the chance of triggering the sticky wilds as well.

Mystery Game Feature – Land 3 or more of the mystery symbol to trigger this game and also the chance of a 2x or 6x multiplier. When the game is activated you will be given the choice of different symbols. You simply click on the symbols until you find the red X which will end the game. Each symbol is worth a cash amount, so when you find the X the round is over and your win is allocated to your balance.

We fell for Arcader as soon as we saw the pixelated symbols, because it took us back to our old console playing days. There is a slightly tinny theme tune played throughout and that robotic girly voiceover throwing random praises at you, really adds to the feel of a 80s arcade game. In all the game is really well designed and will attract a wide range of players. But when you add in the great RTP and the featured bonuses, then you really are on to a winner. All the fun of the 80’s and none of the bad fashion sense, what’s not to love?

Age of Gods: King of Olympus

February 23, 2018 Boku Slots Comments Off on Age of Gods: King of Olympus