What’s not to love about massive cars, demons and racing? Thanks to Microgaming there is now a slot that combines all three. Welcome to the racetrack and please stay away from the railings as we race the Monster Wheels cars to the finish line. 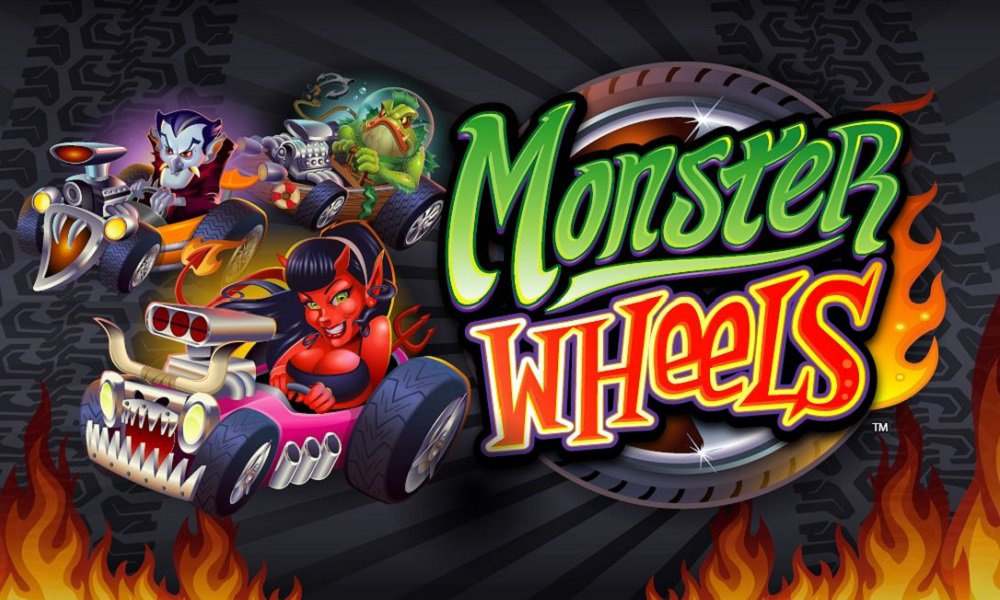 Play Monster Wheels on any of these top casino sites;

Bet Amounts – Betting on Monster Wheels begins at 30p per spin and can be increased up to just £15 per spin. This may seem high to some, but it is actually much lower than usual when you consider the great RTP that is in play here. To change your bet amount all you need to do is click the plus or minus symbols on either side of the stake until you are happy.

Wild Symbol – The Monster Wheels logo is the wild symbol for you, and it will substitute for all others except the scatter. However, it will only appear on reels 2 and 4 in both reel layouts. This means that as there are only 2 symbol positions on reel 3 in both games, there is a much smaller chance of it landing.

Scatter Symbol – A petrol canister is your scatter symbol in Monster Wheels and landing three or more will trigger the feature for you. The scatter symbol will only appear on reels 1, 3 and 5 on both sets of reel options. 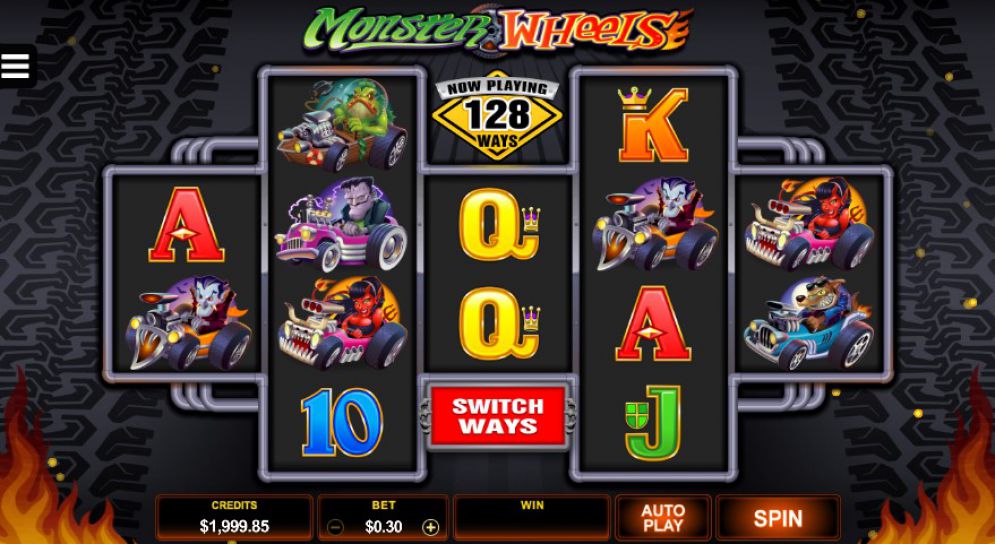 Other Symbols – Your symbols are a nice mix of monsters, cars and card values. Higher paying symbols are depicted by monsters driving their wheels, hence the name Monster Wheels. You have in order of highest to lowest a she-devil, vampire, mummy, swamp monster, werewolf and of course Frankenstein makes an appearance too. Lower paying symbols are your A, K, Q, J, 10 and 9, though they are not really in keeping with the theme and look pretty basic compared to the monsters.

Bonus Spin Feature – Land yourself three of the petrol canister scatter symbol to trigger the bonus feature. You will need a scatter on reels 1, 3 and 5 to enter the bonus spins. But once you do you will be faced with three game options and you need to pick just one.

Choose your round wisely but understand that for every scatter that lands during the round, you will be awarded with an extra spin.

Monster Wheels is a fun game to play when all is said and done. It is fast paced, exciting and has a great bonus spins round. We found there were plenty of wins on both reel options, so really, it’s your preference on whether you choose 128 or 288 ways to win. The different reel layout just gives the player a change of scenery and of course a bigger chance of landing the scatter symbols. They only land on reels 1, 3 and 5 and in the 288 ways to win version, those reels have more symbol slots on them than in the 128 version. It is of course entirely your choice which reel layout to play. But as the wild only lands on reels 2 and 4 in both sets, these reels have only 2 symbol slots. So, for us it was a no brainer to play the 288 ways to win reel layout. You have a better chance of triggering the feature and the same chance of landing a wild on that layout.