There are plenty of games out there designed around the Greek gods theme and whilst some are great, others are not. But, we can tell you for sure that Rabcat have brought a whole new game to the table with their offering. The Legend of Olympus may just be one of the most entertaining Greek god slots we have played for a while. It has a great duo of features and the graphics are amusing too. There is something for everyone here, but don’t just take our word for it read on and find out for yourself. 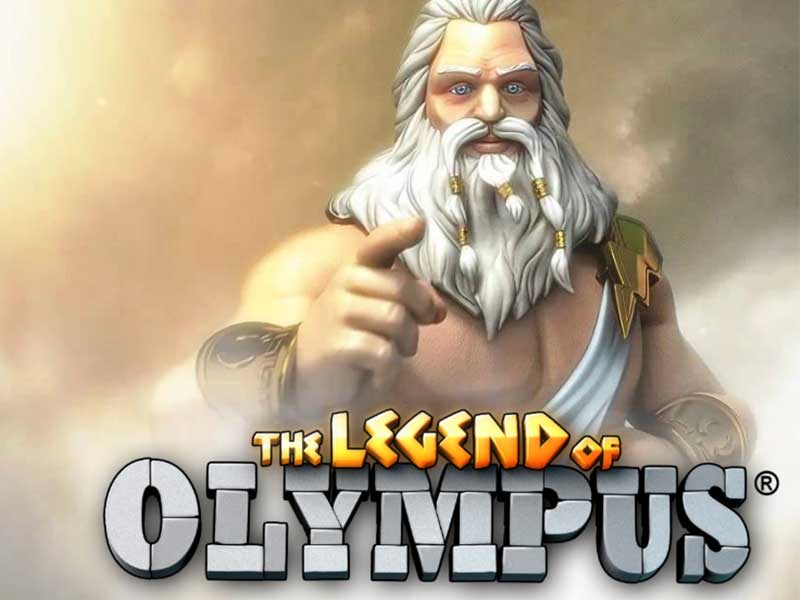 Play the Legend of Olympus on any of these top casino sites;

The Legend of Olympus is a 5-reel, 20 pay line slot, that offers players a less than god like RTP of 95.81%. Don’t let that fool you though there is much more to this game than meets the eye. Despite the RTP being lower than normal there is still some great wins to be had. Your game is set out inside a ruined temple, on one side is Zeus looking down from Olympus over the reels. On the other side is the realm of Hades with an interpretation of Hades himself, looking rather devious in the corner.

Higher value symbols are depicted by Poseidon, Ares, Aphrodite and Hephaestus who all come to life when forming part of a winning combination. Lower values are depicted by Enyo’s shield, Hermes cap, Dionysus’s cup and Artemis’s spear. These symbols also bring to life an animated version of the Greek character the symbol represents when forming a win. An epic sounding track pounds along with the reels as they spin. When they aren’t spinning there is an almost soothing chanting sound, both of which add a great atmosphere to the game.

Bet Amounts – Betting on the Legend of Olympus begins at 1p per line play and can be increased to £2 per line in play. With 20 lines to change between, this means your stake can vary from just 1p per spin up to the maximum of £40 per spin. In order to get the best from your bet, you can change the number of lines in play or the amount bet per line in play. These two things can be found on either side of the spin button and to amend them just use the arrows until you reach your desired stake.

Wild Symbol – In the Legend of Olympus Hades is your wild symbol and he can land anywhere on the reels. Hades will substitute for all other symbols except the bonus and the scatter. He is also your highest paying symbol in the game, offering a coin win from x200 to x40,000 if you land 5 wilds on an active pay line. This amount is variable and changes with your stake, so be sure to check out the pay table each time you change your bet amount to be sure of what can be won.

Bonus Symbol – A gold coin with Zeus’ face on is your bonus symbol, so land 3 or more of this coin anywhere on the reels to trigger the bonus feature. Again, this means that whether you are playing with just a few or all lines in play, you are in with an equal chance of landing this feature too. 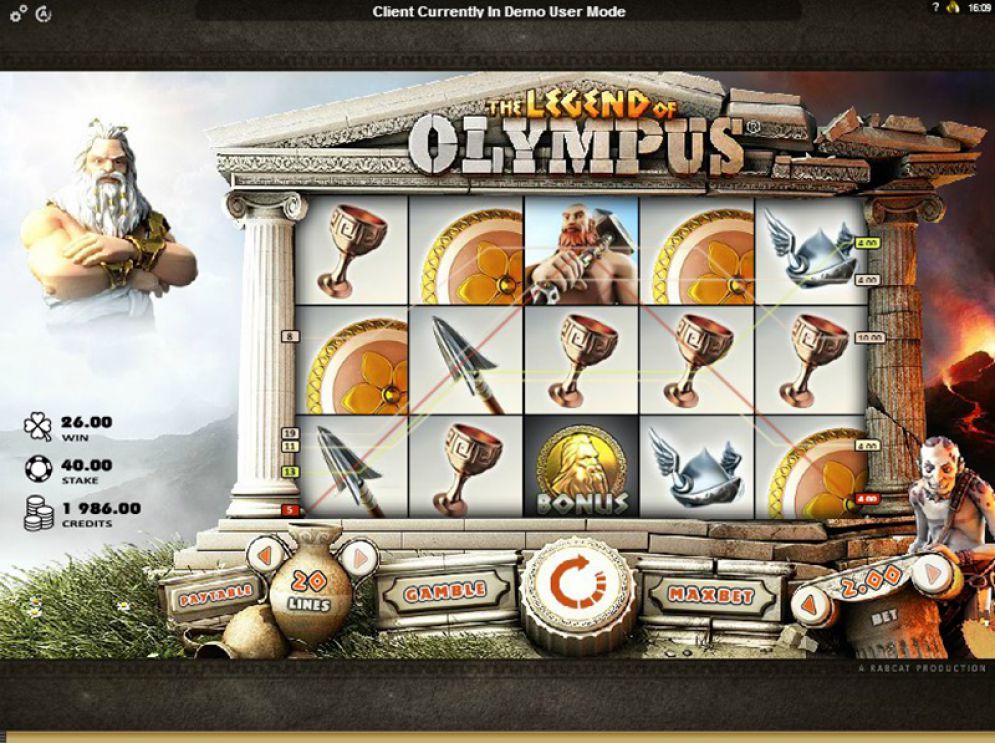 Gamble Feature – There is a gamble feature enabled in the Legend of Olympus. At the side of the spin button you will see the word gamble. After each win you have the choice to press the gamble button in order to try to double your win. If you choose to press gamble you will be taken to a new screen and will see a card turned face down. You need to decide whether that card will be red or black when it is turned. If you choose correctly you will double your win but choose incorrectly and you lose everything.

Bonus Spins Feature – Having landed three or more of the Zeus scatter symbol you will trigger the bonus spins game. First however you need to get your spins allocated to you, this is done by watching Zeus send lightening bolts down towards Hades. Always fun to watch and even more so when each time Hades is zapped, you are awarded a random set of spins. Once Hades falls over and ultimately off the screen, your spins will be tallied up and the bonus spins round will begin.

River Styx Feature – Land yourself 3 or more of the gold coin bonus symbol to enter the River Stix Feature on the Legend of Olympus. You will be taken to a new screen where you will see the coins you collected now spinning and to the left the ferryman waiting for payment. You need to click on the coins and reveal a gold win on 2 of them in order to move to the next stage of the game. If you don’t reveal 2 gold wins, then you will be returned to the main game with a small win given by the ferryman for your troubles. If, however you do reveal the 2 win coins, you will be taken to the next stage and now be faced with a choice of 3 chests. Each chest holds a prize win inside, but you can only pick one chest so choose wisely. The prizes inside the chests are dependant upon the number of lines in play and the amount you were betting at when the feature was triggered. Be sure to keep up to date with the pay table every time you change your bet.

For those of you that prefer big win games, the Legend of Olympus may not be for you. With an RTP of 95.81% you won’t be looking at huge pay-outs. But that isn’t to say it’s not impossible to get there, it just takes some time and some higher stakes betting. But, we found that lower scale pay-outs happened frequently enough to make us forget about that and just enjoy the game for what it is. The animations on both the reels and outside with Zeus and Hades kept the fun going, even when realistically the edge should have worn off. We triggered the bonus spins a few times and loved the randomisation of how the spins were allocated. The bonus game however took a lot longer to land than we expected and was a little over hyped for what it is. But as it has a guaranteed win on entering there wasn’t too much to complain about there.