Fantasy themed slots are all the rage, because a bit of escapism never hurt anyone. Playtech have based this next slot around dragons, so don your best armour (pyjamas), grab your mighty sword (phone) and let’s go adventuring in the Dragon Kingdom to find some riches! 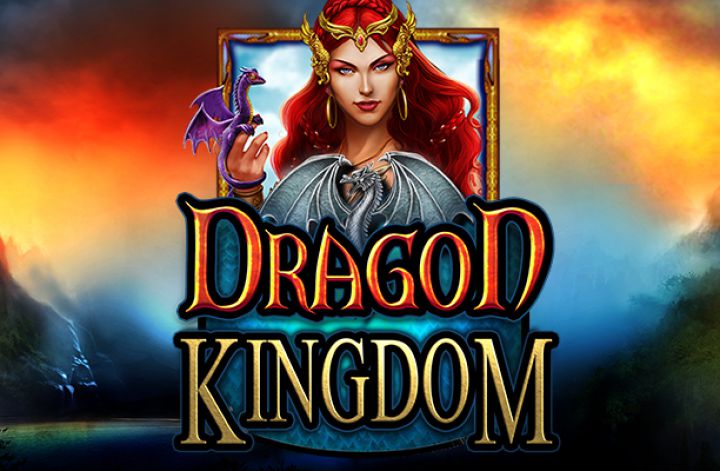 Play Dragon Kingdom on any of these top casino sites;

Dragon Kingdom is a 5-reel, 20 pay line slot that offers a not so mighty 94.02% RTP, but lets hope the dragons are worth it! Despite the low RTP we are still holding out hope, as Playtech are known for adding in lots of treats for players. The game itself is set against a fiery mountain scene, with symbols all being given a little design twist to link them in to the theme. Higher value symbols are the male and female dragon riders, a spell book, potion bottles and an amulet. Lower value symbols are your usual card denominations A, K, Q, J and 10, but drawn in gold with flames flickering off the edges.

Bet Amounts – Betting on Dragon Kingdom begins at 1p per line in play and can be increased to £50 per line in play. Having 20 lines to adjust means spins can cost from 1p at the lowest, to £1,000 at the highest. Adjust your pay lines and bet amount until you are happy withy our stake. The less pay lines active the lower the chances of winning, so be sure you are happy before hitting the spin button.

Wild Symbol – Dragons are a key theme in this game, so the wild symbol is a green gilled dragons face. It will substitute for all other symbols except the bonus and the scatter and is also your highest paying symbol too. Offering a whopping x25000 coin win for landing 5 dragon wilds on an active pay line!

Scatter Symbol – A floating city is your scatter symbol and landing three or more of these anywhere on the reels will trigger the bonus spins. Scatter wins are also in play here in Dragon Kingdom too, meaning an extra win will be allocated on top of any line wins and prior to the bonus spins triggering. 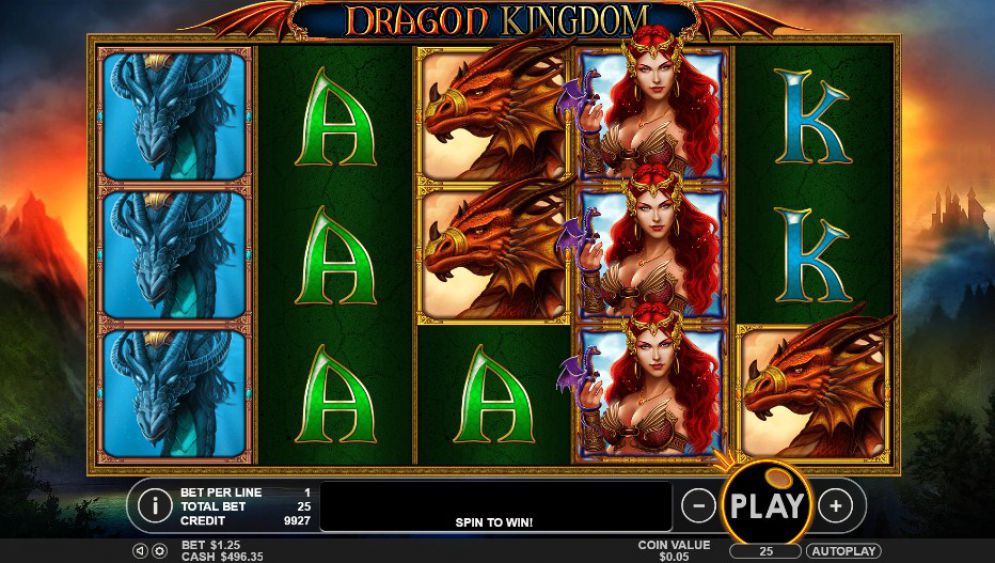 Bonus Symbol – Otherwise known as the split symbol in Dragon Kingdom and drawn to look like a fiery dragons egg with a crack in and the word split across the bottom. You will need to land this symbol anywhere on reel 5 to trigger the feature. It is a form of symbol splitter and we will explain it in detail below. All symbols except the scatter can be split by this symbol in either the main or bonus game.

Bonus Spins Feature – If you landed three or more of the floating city scatter symbols on the reels, you will trigger the bonus spins. This will now allocate you with 15 bonus spins to play through and offer something called a dynamic multiplier. It means you will start the round with a multiplier between x2 and x5 for all wins. After each winning spin it will increase by x1 up to the maximum of x5 levels. Each time you suffer a losing spin the multiplier will decrease by x1, but it will drop no lower than a x2 multiplier. This means your wins could be enhance greatly even if you stay at the x2 multiplier level. Bonus spins can also be retriggered an infinite number of times from within the round too which is always helpful.

Dragon Split Feature – As mentioned earlier there is an extra symbol in Dragon Kingdom called the split symbol, which is a red dragon’s egg. If this lands on reel 5 at the same time as a winning combination, the last symbol involved in that win will be split into two of the same symbol. Wins are re-evaluated after the split symbol has been created, making your win almost a doubled combination. As well as this it makes your second win a longer one at that as it will increase the winning combination to x6 symbols instead of x5.

Dragon Kingdom has certainly cemented itself as one of the more epic slots in the genre and for us Playtech have certainly upped their game. It’s a shame it has such a low RTP as this can put players off. Despite that the wins still came thick and fast, they were just at the lower end of the scale. The addition of the split symbol is a stroke of genius and certainly ramped up our appreciation for the game. Although it can take some time for that to land as it only appears on reel 5. This game will appeal to those players that like to play low stakes and of course anyone who loves this type of theme.

May 30, 2018 Boku Slots Comments Off on Divine Fortune