We all know the tale of the big bad wolf and the destruction he causes. This slot is loosely based on the old nursery tale, but it is focused on the three little pigs, despite the title leading you to believe otherwise. Big Bad Wolf is a fun slot developed by Quickspin Gaming, so it is sure to be full of colour, interesting features and hopefully some wins too. 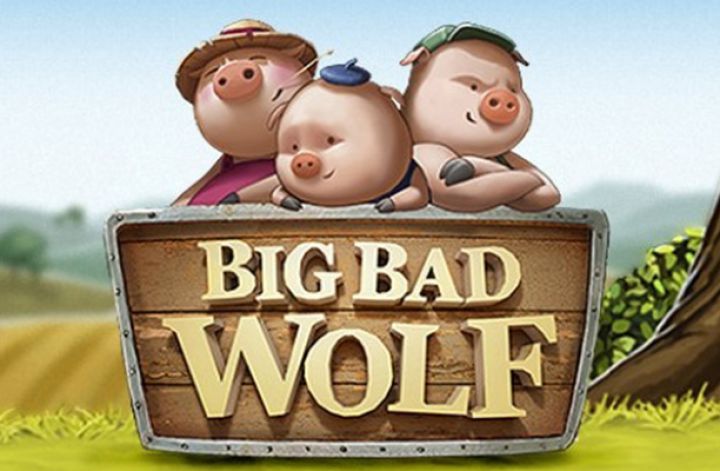 Play Big Bad Wolf on any of these top casino sites;

Big Bad Wolf is a 5-reel, 25 fixed pay line slot offering players an RTP of 97.34%. The reels are displayed within the little piggies home, which is made of straw. In the background you will see the rolling hills where they live in harmony, until the big bad wolf comes knocking on their door.

Higher paying symbols are depicted by the images of the three little pig characters and their pink stuffed pig toy. Lower value symbols are the A, K, Q, J and 10 symbols normally found on playing cards. Big Bad Wolf has an almost cartoon like soundtrack playing along, which made for easy game play and didn’t harm the enjoyment factor.

Bet Amounts – Betting begins at 25p per spin and can be increased up to £100 per spin. To amend your bet click the casino chip icon which will expand the bet screen. Here you will be offered a variety of bet options to choose from and once you have made your choice, hit the spin button to return to the game.

Wild Symbol – Your wild symbol in Big Bad Wolf is a beehive and it will land anywhere on the reels. The beehive wild will substitute for all other symbols except the scatter and the bonus. There is also a feature whereby the pig symbols in the game can be turned into wilds, so read on below to find out how that works.

Scatter Symbol – Here is where the Big Bad Wolf comes in, because he makes up your scatter symbol in the game and you may see him looming ominously at the left side of the reels. Land three or more of the wolf scatter symbols anywhere on the reels and you will trigger the bonus game.

Bonus Symbol – A full moon is your bonus symbol in Big Bad Wolf, but it is only available inside the bonus spins feature. If you land three or more of the moon symbol inside the feature game, it triggers a nice little extra for you which you can check out further down. 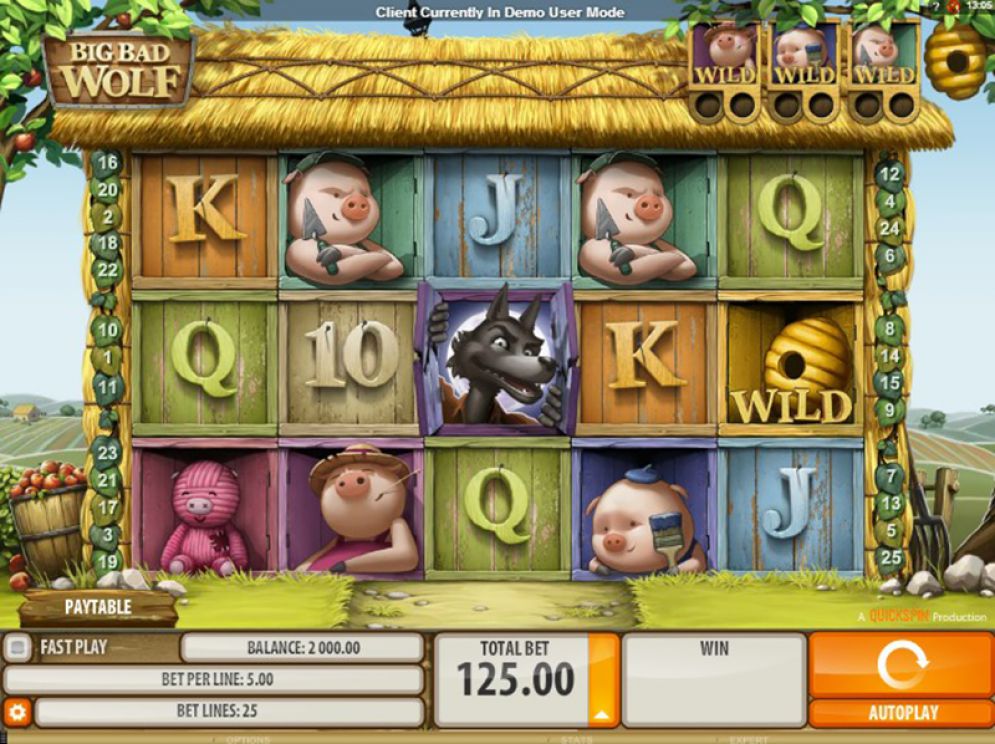 Cascading Reels Feature – This is always an interesting addition to any slot game, but it gives Big Bad Wolf that little bit of oomph that it needs. When you form a win, those symbols completing the win are removed from the reels and new ones cascade down into their position. If those new symbols create a win the same process continues until no new wins are formed. This cascading reel feature helps to trigger the Pigs turning wild which we mentioned earlier and is explained below.

Pigs Turn Wild Feature – At the top of the reels there is an image of the three pigs and each one has x2 blank circles underneath it. Every time you complete a cascading reel move, you will fill in a circle in order from left to right. As each pigs x2 circles are filled, that pig will now turn into a wild for the next cascade. Whilst this is an interesting feature it is only available during the cascading reels, so will only be of benefit once you have completed x2 or more winning formations in a row.

Bonus Spins Feature – Having landed three or more of the Big Bad Wolf scatter symbol anywhere in view, you will enter the bonus spins feature. Here you will be awarded with x10 bonus spins to play through. Now, this is where your moon bonus symbol comes into play. Land x3 moon symbols anywhere on the reels and you will get to see the Big Bad Wolf blow down the straw house and award you x2 extra spins to your total. You will be moved to the wood house to play out your remaining spins. However, land three more moon symbols and the wolf will blow down the wood house too awarding x2 more spins and x2 win multiplier on your remaining spins which will be played in the final house which is of course, the house made of brick! All remaining spins are played out in the brick house until the round is over and you are returned to the main game.

Big Bad Wolf is a fun, whimsical slot with quite a bit happening, but once you start playing it becomes much clearer to understand. The cascading reels is something all slot players will appreciate, as it gives you more win potential from each paid spin. We love the added in game feature of the moon bonus symbol, leading towards the wolf blowing down the pigs houses. Main game wins are slow starting if we are honest and even once the game warmed up a bit, they were still less flowing than we would like. However, once a win is triggered it did on occasion set those cascading reels off and that in turn helped us out with the pig wilds; so it is worth playing through. Overall the bonuses make this game and although it can take time for wins to settle in the main game, once the bonus spins kick in it more than makes up for it in both wins and amusement level.