Fear not game players this is not about the 8-legged kind of Black Widows that you run screaming from at home. This is a different type of Black Widow brought to you by the powers of IGT and your smartphone. That doesn’t make her any less dangerous though, so maybe you should run screaming while you can! 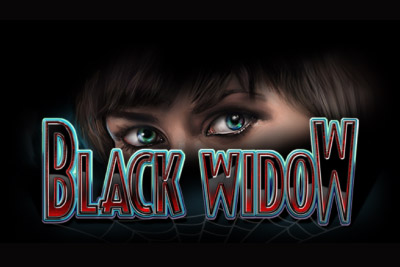 Play Black Widow on any of these top casino sites;

Black Widow is a 5-reel, 40 fixed pay line slot offering a murder worthy RTP of 96%, for all who dare enter the widows web of deceit! With cobwebs abound and some rather ugly wallpaper in the background of the reels, you could be forgiven for thinking this game was actually to do spiders. Symbols range from the infamous Black Widow herself, to three potential male victims which make up your higher values. The lower value symbols are depicted as usual by the card denominations of A, K, Q, J and 10.

Bet Amounts – Betting begins at £40 per spin and can be increased to a whopping £400 per spin. So, if you are planning to play Black Widow, be sure to have a healthy balance. To amend your bet, you can increase or decrease your line bet to the left of the spin button until your reach the amount you need.

Wild Symbol – The Black Widow logo is your wild symbol and will substitute for all others except the scatter. As well as this it is also your highest paying symbol offering a tempting x1000 coins for landing 5 on a winning pay line. 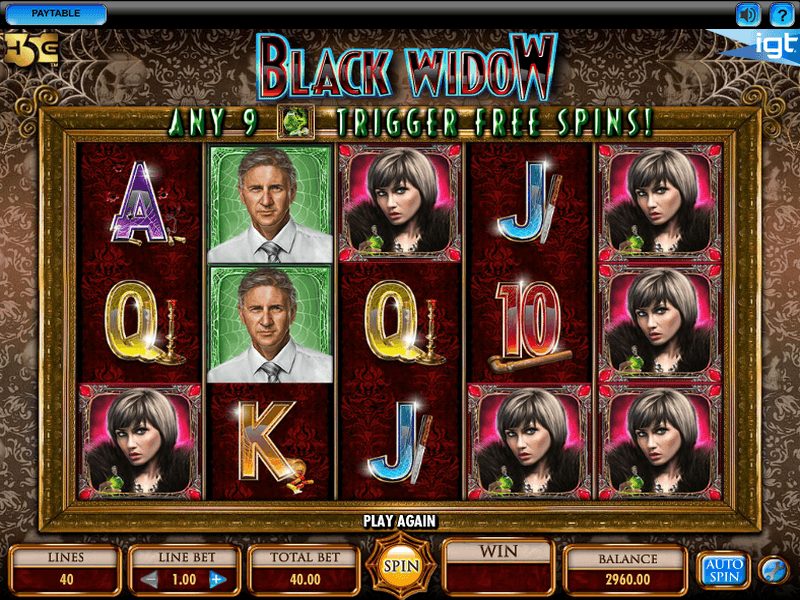 Scatter Symbol – Breathe carefully when the scatter symbol is in play as it is depicted by some green poison, which is Black Widows favourite way of murdering her victims! However, it’s not all bad news, land three or more poison scatter symbols in all positions on reels 2, 3 and 4 to trigger the bonus spins feature. This may seem difficult but read on below to find out why it won’t be as hard as you think.

Super Stacks Feature – This is a very interesting part of Black Widow and will come in handy when needing to trigger the bonus spins feature. At the beginning of every spin a random symbol is picked to become a super stack symbol. Meaning that when it lands it will cover the entire reel for that spin, so landing full reels of poison doesn’t seem so hard now does it?

Bonus Spins Feature – Triggering the bonus spins can only be done by filling all positions on reels 2, 3 and 4 with green poison. Once this is done you will be allocated 7 bonus spins to play through. Luckily for players the bonus round can be retriggered, and you can be awarded up to a maximum of 98 spins. During the round there is a mini game activated called the web capture feature:

Despite only having the one main feature Black Widow is extremely playable. The web capture mini game within the bonus spins certainly makes for a better round, as otherwise it would have been quite boring. On the whole Black Widow is a fairly basic slot, but the theme and graphics combined with regular wins in both the base and bonus game redeem it in our eyes.

May 12, 2018 Boku Slots Comments Off on Bridesmaids