Nothing gets the blood pumping quicker than chasing down criminals and Boku Slots has found the perfect game to get those adrenalin fuelled thrills. Bounty Hunt is from the team over at Chance Interactive and although we haven’t played many slots by them, we’re interested to see if they can stand up against the big boys. 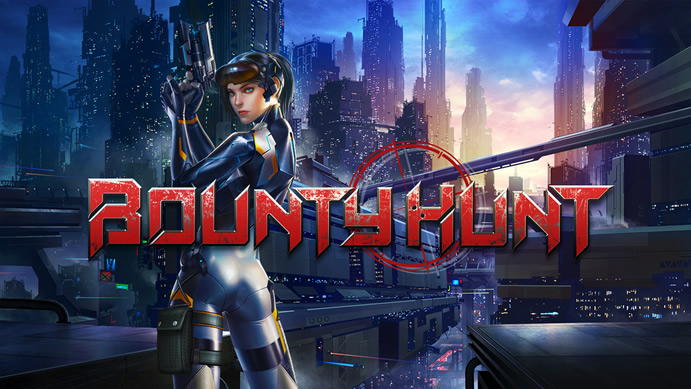 Play Bounty Hunt on any of these top casino sites;

Bounty Hunt is a 5-reel slot with up to 25 lines in play and offers a bountiful 95.53% RTP. It is set in a futuristic city scape where the main character, a female bounty hunter, is chasing three big crime bosses; Big Boss, Dr Fury and Hank Blade.

Bet Amounts – Betting on Bounty Hunt begins at just 25p per spin, if all 25 lines are in play and can be increased up to a whopping £250 per spin should you wish to bet higher. There are a range of bets in between which will suit all pockets and you can amend the amount of lines in play too. We always recommend that you make sure you have amended these, prior to hitting spin. Obviously the more lines in play the better your chances, but this is up to you and of course your pocket.

Wild Symbol – The wild symbol is exactly that, the word wild that animates as it hits the reels. It will substitute for all other symbols to create bigger wins and forms part of the crosshair wild feature. It is also one of the highest paying symbols, so land 5 of these on a pay line and take away 1,000 coins. 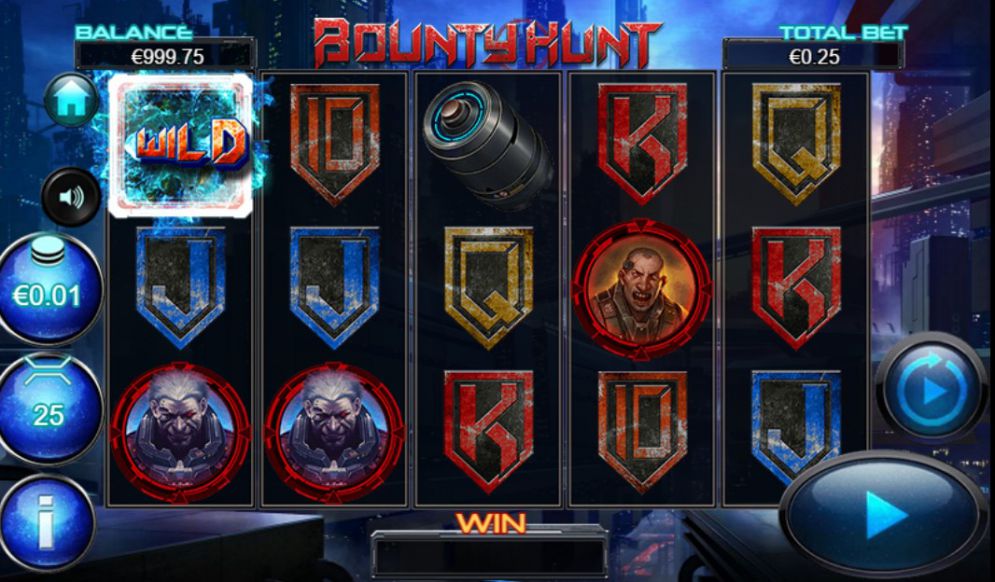 Scatter Symbol – This is played slightly different to other games. The scatter is the wanted symbol, but to trigger the bonus spins you need to target the symbol with the crosshair feature which we will talk about next.

Crosshair Wild Feature – You will notice that throughout the entire game, there is a cross hair target sweeping the reels on every spin. As the target lands on a symbol something will happen. This varies depending on the symbol it lands on, but the outcomes are shown below:

Bonus Spins Feature – Once you have hit the target on the wanted symbol, you trigger the bonus spins. You will be allocated 10 spins during the feature and if the target hits one of the crime bosses, then he becomes a jailed boss and subsequently a wild for the duration of the spins. This will happen on each boss you ‘jail’, so it can become quite a profitable feature if you do this.

As a rule of thumb Bounty Hunt had high potential, but unfortunately it lacked a bit in certain areas. Mainly in the fact that despite the brilliance of the crosshair being present on every spin, the wins didn’t come as often; even though wilds were landing thick and fast. When you get into the bonus spins this is where you will make the bigger wins, but again it doesn’t trigger as often as you would like. The general concept of the game and the actual design is great and we look forward to seeing more from Chance Interactive in the future.