Welcome to life as a sailor on the open sea’s, not the easiest of lifestyles we can tell you that much! But at least with Microgaming heading up the crew it is going to be a bit of fun. As we head into Cannonball Bay, a place where scurvy is rife, pirates loot your haul and you are as likely to bag some treasure as you are a hole in the side of your ship. All in a days work though, so we best be off before the captain throws us in the brig! 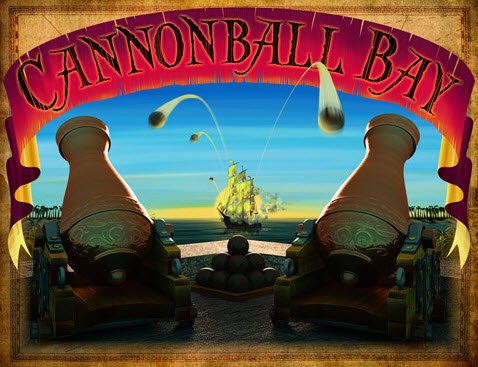 Play Cannonball Bay on any of these top casino sites;

Cannonball Bay is a 5-reel, 25 pay line slot that offers an RTP of 95.5% to all who sail. It is set against a map styled background, with ships to the top left and right that fire their cannons on every spin. Lots of naval themed images are used throughout Cannonball Bay such as treasure chests, anchors, a ships wheel and gunpowder which are your higher value symbols. The usual card denominations including A, K, Q, J, 10 and 9 make up your lower values, but with a little twist added. As you will see they have been made to look like ships flags with cutlasses in the background.

Bet Amounts – Betting begins at 1p per line in play and can be increased to the maximum of £2 per line in play. With 25 lines to play there are lots of variants in bet amounts with the lowest cost of 1p, to the highest of £50. This means there is a stake in Cannonball Bay that will suit all pockets.

Wild Symbol – As you would expect from a game called Cannonball Bay, the wild is depicted by none other than a cannon! It will substitute for all other symbols except the scatter and is your highest paying symbol of the game too. It offers a loot worthy prize of a x2000 coin win for landing 5 of these on an active pay line. 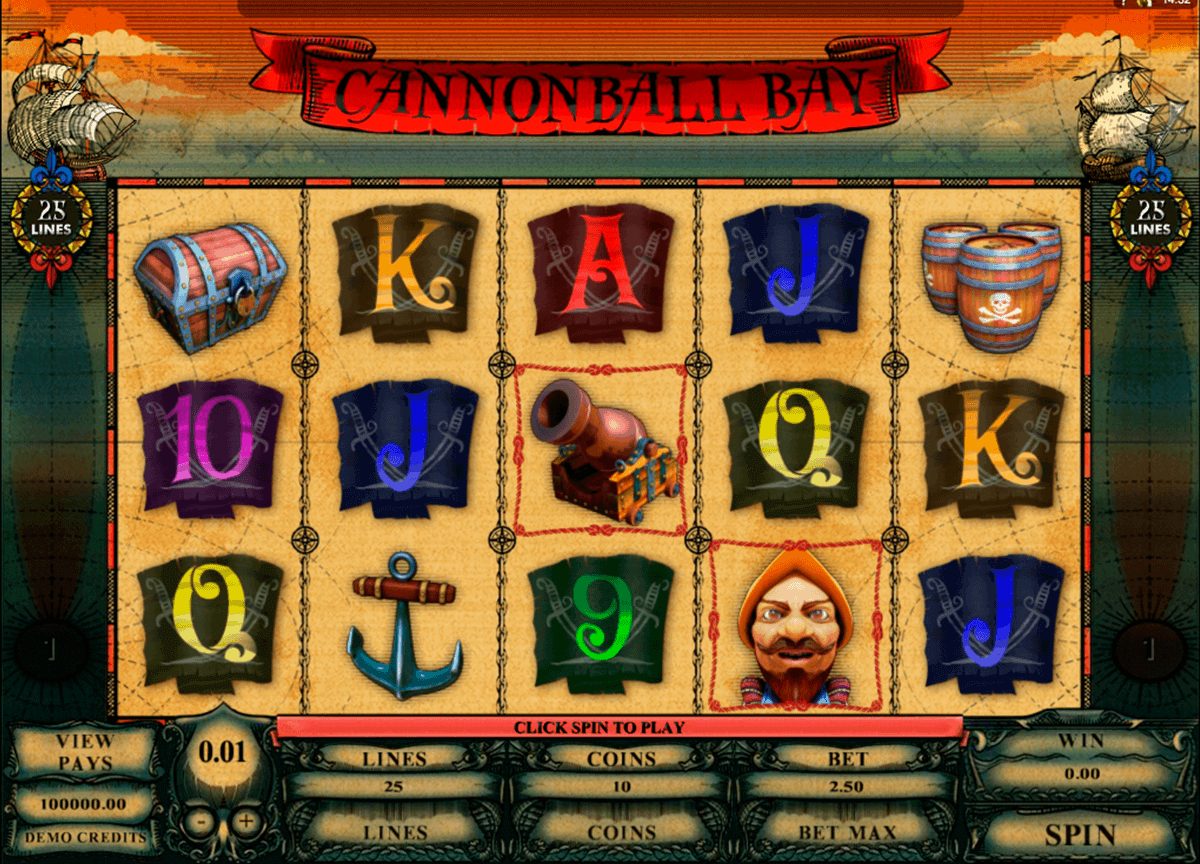 Scatter Symbol – Your scatter symbol is a sailor/pirate depending on your take and landing three or more of these anywhere will trigger the bonus. Scatter wins are also available here as well, meaning whether you land 3, 4 or 5 symbols there is an additional win paid out. This is on top of your line wine and triggering the bonus, can’t say fairer than that can you?

Bonus Spin Feature – Upon landing 3 scatter symbols anywhere on the reels you will enter the bonus spins round. Here you will be allocated 5 spins plus something called cannonball wilds. Once each spin has landed the cannons will fire and replace symbols on the reels with wilds. This means you have the chance of winning twice on each spin. First when the reels land and second once the reels are re-evaluated when the wilds have been added! On top of all that the bonus spins can be retriggered and there is no limit to the amount of times that can happen either!

Whether you play Cannonball Run with one line active or all 25, you are still in with a chance of bigger wins. This is because the bonus is triggered by the scatter landing anywhere in view, not on any specific pay line. That is a great decision made by Microgaming and will be of benefit to all players. There are lots of interesting things happening around the game including the ships firing and a dancing Spaniard as the reels spin, but it was lacking in features we felt. That being said we still enjoyed the game overall, bagged ourselves a bit of pirate booty and hauled it away.