It’s time to get into the party feeling, as we join the Microgaming team for the bright lights and bustling streets of Brazil. More specifically the Carnaval in Rio, with its bright colours, loud music and exciting atmosphere. So, let us delve a little deeper into what you can expect from this exciting slot game. 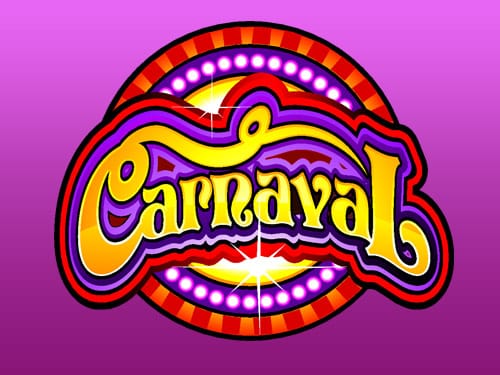 Play Carnaval on any of these top casino sites;

Carnaval is a 5-reel, 9 pay line slot offering players a whopping 96.94% RTP. There isn’t much going on in the background of the game with the reels sat upon a purple backdrop. But that all stops once you get to the reels themselves. Bright colours, flashing lights and reels that spin so fast it hurts your eyes trying to watch them! This coupled with the samba drumming when the reels spin all make for an exciting festival feel.

Bet Amounts – Betting begins at 1p per line in play and can be raised up to £5 per line in play. Converting this to spins means they can vary from 1p per spin up to £45 per spin. Simply choose how many lines you want active first. Then use the plus and minus symbols to adjust the cost per line in play until your desired bet is reached.

Wild Symbol – Your wild symbol is a flourish of feathers and gold filigree with the word wild in the centre. The wild symbol will substitute for all others except the scatter. 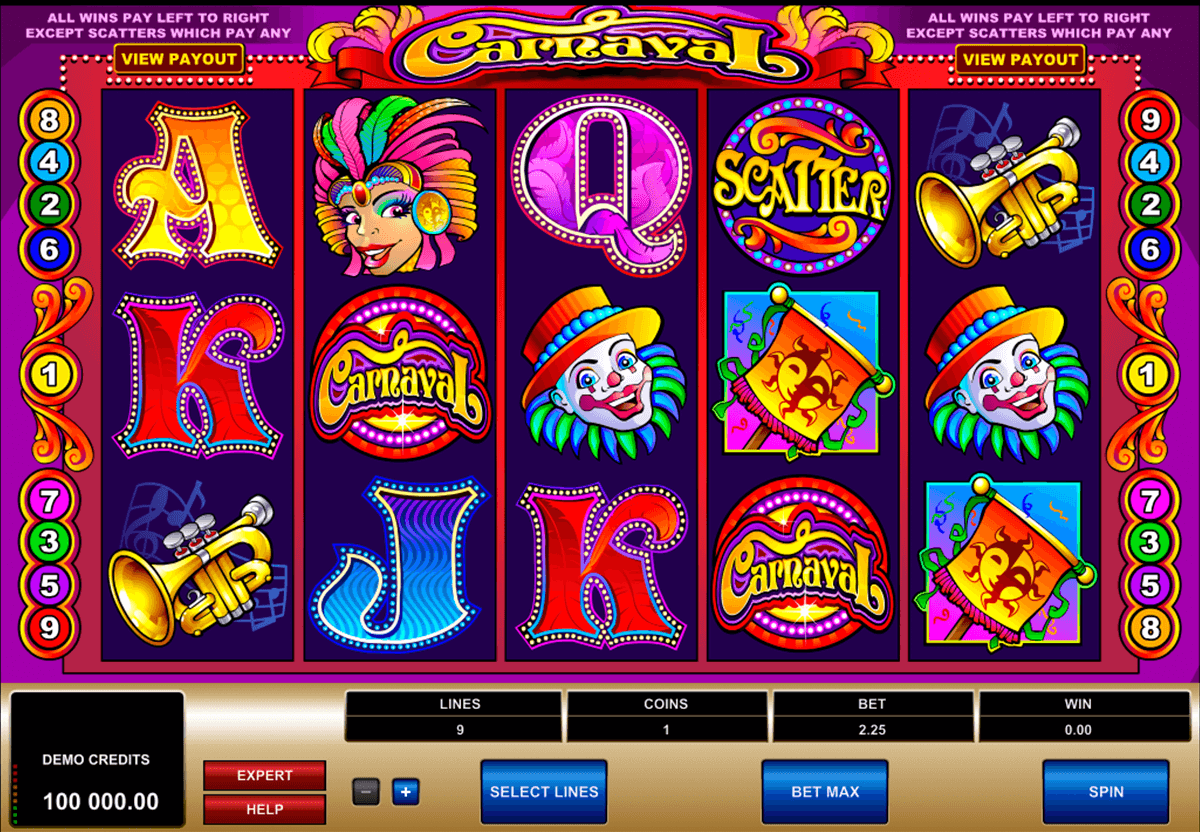 Scatter Symbol – There is a scatter symbol in Carnaval, and it is the word scatter surrounded by gold scrollwork. But, fair warning, it does not trigger any bonus feature. It simply awards scatter wins when it land on the reels. Scatter wins are added to your balance on top of any pay line wins you claim.

Other Symbols – All of the symbols in Carnaval have been given a makeover in true Rio festival style. High value symbols include the Carnaval logo, a dancing girl, clown, flag and trumpet. Lower value symbols are the A, K, Q, J and 10 but adorned with lights and patterns to make them stand out.

Bonus Feature – Whilst the scatter symbol does not trigger any bonus feature at all, it does have one little trick up its sleeve. It does not need to land on an active pay line in order to pay out. This means regardless of how many pay lines you have active you could still land the scatter wins, simply by getting three or more scatter symbols anywhere in view! So, despite not having a bonus feature as such to talk about, we felt that this needed to be cleared up for you here.

Microgaming made the brave decision when creating this slot to remove any notion of a bonus feature at all. Now, you may think this would severely impact the playability of the game, but in fact it doesn’t. Despite the lack of a bonus there are still plenty of good wins to be had and due to the speed those reels spin, they come fast. Scatter wins seem to land fairly often too, which helps players along with their wins. During our time playing we found it was usually the 3 or 4 scatters that landed often, with the 5 scatters seeming to be very elusive. Overall this game is not going to be for you if you love a good feature packed slot. But, if old school casino floor style slots are your thing, then Carnaval will be right up your street. Even so, it’s a nice game to while away a few minutes here and there, as it is such an easy game to nip in and out of.