For many of us the theme to a slot game is the main reason we choose to play it. So, you’ll pretty much see everything from Egyptian mummies to lucky leprechauns. Of course, horror fan fiction is always a quirky genre and Microgaming have chosen one of the best characters for one of their games. Enter this 1950’s themed slot and check out what the Cool Wolf has in store. 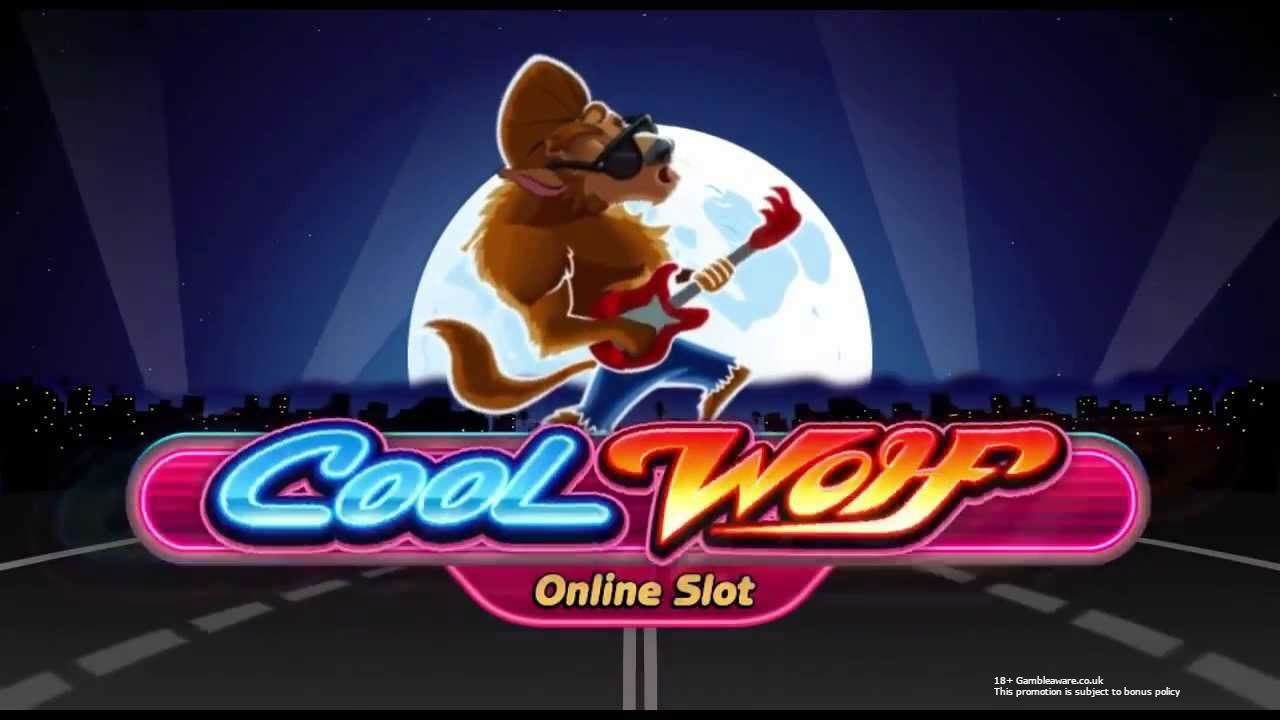 Play Cool Wolf on any of these top casino sites;

Cool Wolf is a 5-reel, 243 ways to win slot offering an RTP of 96.47%, that’s worth howling at the moon for! 243 ways to win means that there is no structured pay lines in place. As long as there are matching symbols on adjacent reels starting from the left, a win is formed!

Your game is set inside what looks like a drive thru cinema in the Hollywood hills. Higher paying symbols are depicted by our werewolf character in both human and wolf form, a pair of cheerleaders, a car, a cinema and some sunglasses. Lower paying symbols are depicted by the A, K, Q an J all given a bright movie style design to make them stand out. In keeping with the theme there is a great 50’s style guitar track playing along, that adds a riff or two when a win is formed.

Bet Amounts – Betting on Cool Wolf begins at 50p per spin and can be increased up to £50 per spin. Simply use the arrows on either side of the bet amount to increase or decrease the amount. Or, click on the word bet to amend your bet amount by changing the coin size and coin level independently.

Wild Symbol – Your wild symbol is the Cool Wolf logo and it will substitute for all other symbols except the scatter. It will land stacked on reels 3, 4 and 5 only in the main game and has a pivotal role in the feature game.

Scatter Symbol – A cinema ticket stub is your scatter symbol and three or more of these anywhere in view will trigger the bonus feature. Scatter wins are also in play in Cool Wolf, offering an extra win on top of any line bet when you land those scatters as shown here:

Rolling Reels Feature – This is an awesome addition to any slot game, because every time you land a winning combination, the symbols forming that win will be removed from the reels. New symbols will then be dropped into their place and any subsequent new wins will then be recalculated and awarded. The symbols forming a win will continue in this manner until no new win is formed. 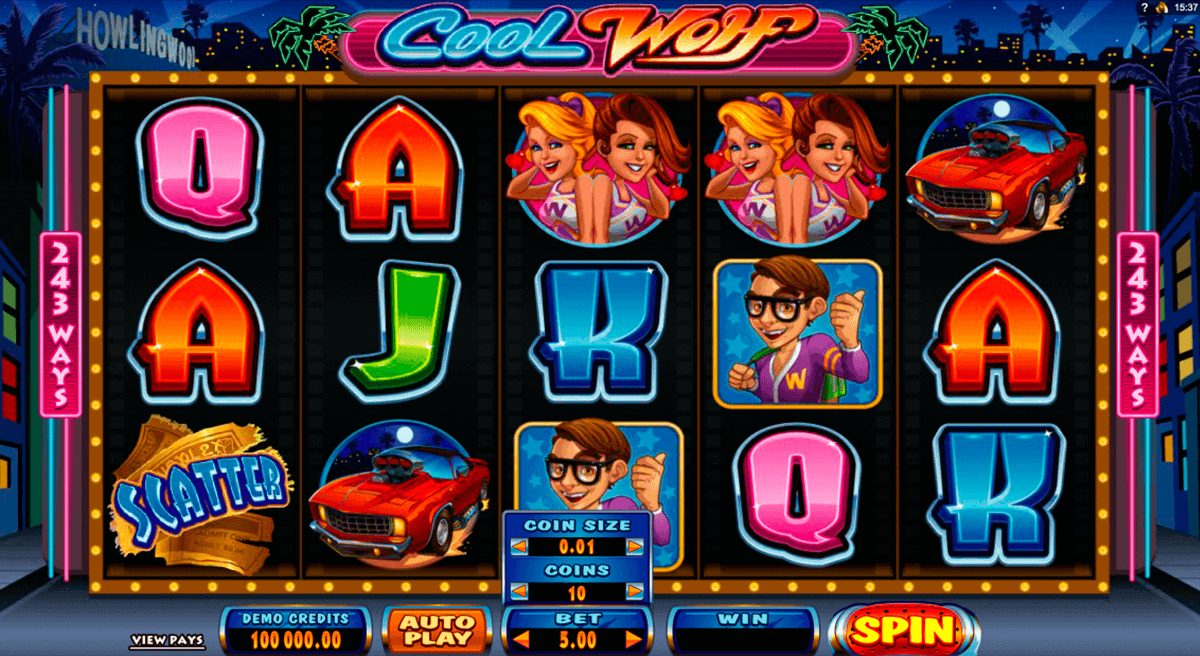 Howling Wild Feature – Triggering randomly after any spin, this feature will turn either reel 2, 3 or 4 completely wild. If no win has been formed because of the wild reel, then the remaining reels will spin until a win is landed.

Bonus Spins Feature – Having landed three or more of the cinema ticket scatter symbol on Cool Wolf, you will enter the bonus spins round. The number of scatters you land will determine the number of spins you are allocated as shown below:

Rolling Reels is activated in the bonus spins round, but it has a twist added to it. Instead of offering a reels respin, each time you remove a winning combination you trigger the multiplier trail above the reels. Each new win combination that is removed, moves your multiplier up one level from x2, x3, x4, x5 to x10. At the x10 level your total win is allocated, and your bonus spins then continue as they did before.

Cool Wolf has little to offer players by way of interactivity, but it is a game that you can sit back and play with ease. The music helps it along nicely as do those wins, which come regularly within the base game thanks to the rolling reels. It can take a little time to trigger those bonus spins which of course is why most people play these games. But again, thanks to the howling wild feature you kind of forget about that, because you are too busy rocking up wild stacks in the main game instead!