Our next slot has a main character you may have come across before, but this time round he definitely is more bite than bark. Bow your head in respect as we pay tribute to the Dogfather and enter the murky underworld of the backyard mafia! Thanks to Microgaming we have the chance to run with these bad boys and play some very interesting features while we do it. 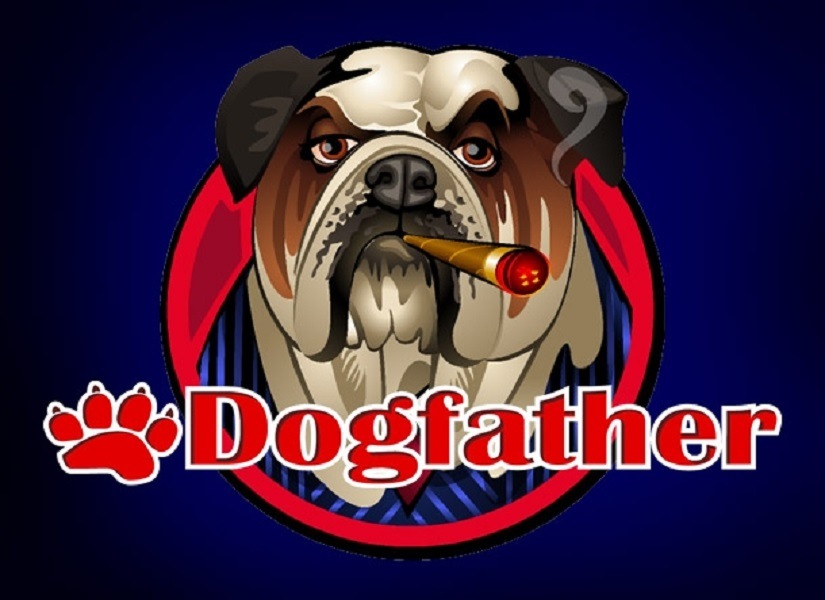 Play Dogfather on any of these top casino sites;

Dogfather is a 5-reel, 20 pay line slot offering players a lower than average RTP of 95.52%. Set on a city street, the reels are packed full of the Dogfather’s gang members. Higher value symbols include the pampered pooch, a pug, a bull terrier and of course no gang is complete without Dobermans. Lower value symbols are a gun, a rabbit stuffed with cash, a wallet and a cigar, knuckle dusters and for some reason shampoo? There isn’t much by way of music going on whilst the game is in play, but when the symbols form part of a win they come to life with some cool animations.

Bet Amounts – Betting begins at 1p per line in play and can be increased up to £2.50 per line in play. Meaning a spin can cost from 1p per spin right up to £50 per spin. To amend your bet, change the coin value, the lines active or the coin level. Once you are happy with your bet you can just hit spin.

Wild Symbol – The Dogfather himself is the wild symbol here and he will substitute for all other symbols except the scatter. He is also the highest paying symbol in the game and if you please him by landing 5 of his symbols on an active pay line, you will be well rewarded. The pay out for this symbol offers x13,000 your bet amount, which is a nice clean win with no fallout from the boss. 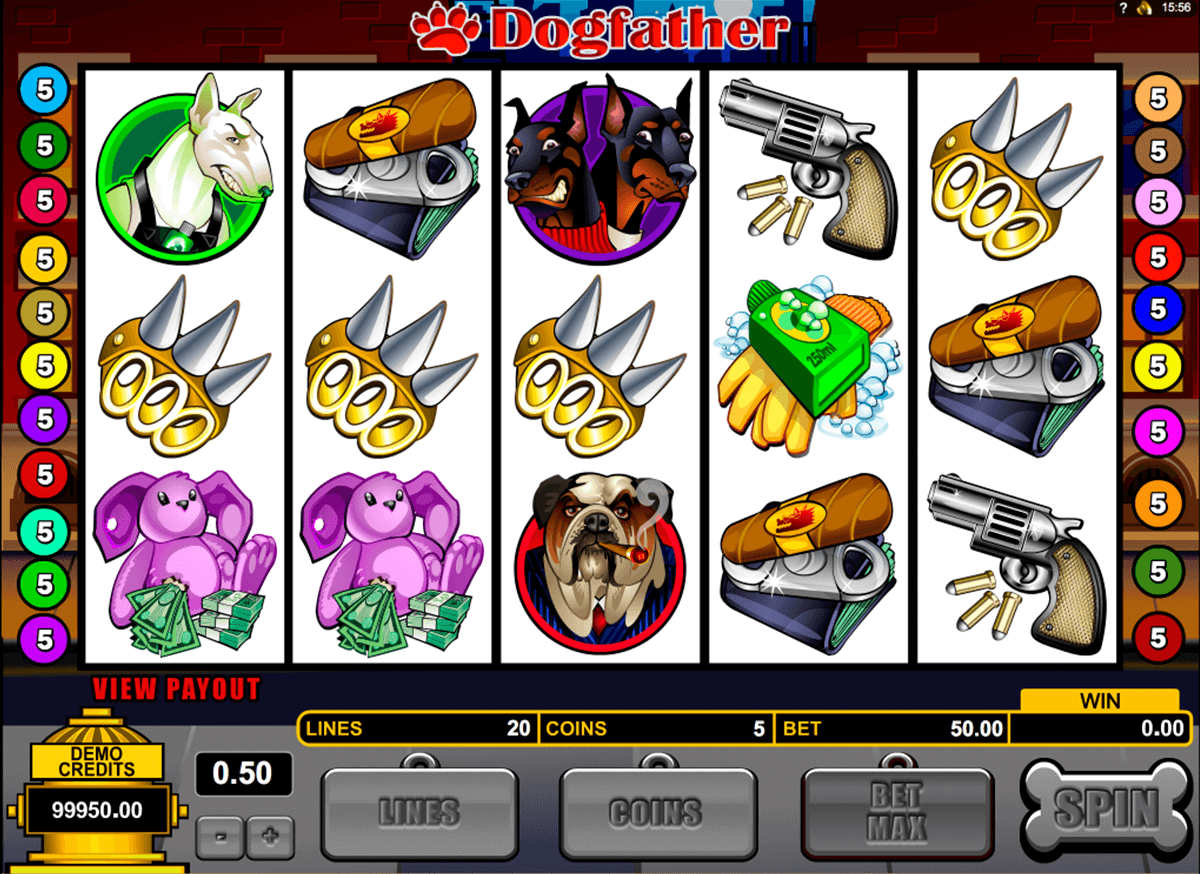 Scatter Symbol – Dogfather has not one but two scatter symbols, because let’s face it nobody is gonna argue with him, are they? The first is a golden flea character and the second is a red fire hydrant. Your first scatter, Itchy Da Flea, triggers the bonus spins and to do so you need to land 3 or more of the gold flea symbol anywhere on the reels. With the second scatter, the fire hydrant sets off the bonus game and to trigger this you will also need 3 or more landing anywhere in view.

Scatter wins are also in play here too, with the gold flea scatter offering players a chance to get an extra win on top of any line wins:

Fire Hydrant Bonus Feature – Once you have landed three or more of the red fire hydrant symbols anywhere in view, you will trigger the bonus game. You will be given the choice of five hydrants to pick from, of which you will get to pick just three. Beneath each hydrant is an instant win coin amount and each prize will be accrued until you have chosen all three hydrants. Your final balance will then be counted up and awarded to you as you return to the main game.

Bonus Spins Feature – Land yourself three or more of Itchy Da Flea, the gold flea scatter symbol to enter the bonus spins feature. You will be awarded 13 bonus spins to play through. Although 13 seems like an odd choice it is actually deemed a lucky number by many people, including the Dogfather! All wins inside the bonus spins are given a x3 multiplier to them as well to help things along. But the boss isn’t done yet, he is happy for you to retrigger the bonus spins from within the round as well.

We don’t know about you, but we think this Dogfather has got things the wrong way around. He is meant to be shaking us down for cash, not giving us an easy way to the mafia bank rolls. But with this game that’s just what he seems to be doing, with two very interesting and highly profitable features and lots of base game wins too. Microgaming have taken the mafia theme and given their little twist to it and aside from the lack of music it is a great game.