The festivals of Mexico make for some interesting slot games and this next one is no different. Designed by none other than Thunderkick Gaming, El Jackpotto really packs a mighty punch that you are not going to want to miss. Whether or not the fiestas are your thing, we think this game is going to win you over. 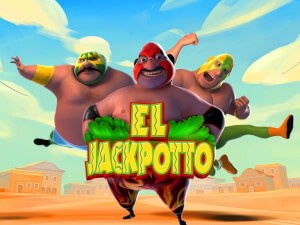 Play El Jackpotto on any of these top casino sites;

El Jackpotto is a 5-reel, 20 fixed pay line slot that offers an RTP of 96% for anyone stepping into the ring. Your reels are set up as if forming the centre of a Mexican festival scene, with houses and banners in the background. The reels themselves are inside the frame of a what looks like a food cart and are chock full of Mexican themed symbols. Higher value symbols include the El Jackpotto logo, a wrestler’s belt, a skull with a hat on, musical instruments and a pinata. Lower symbols include the usual card symbols, A, K, Q, J all drawn with the Mexican party theme in mind. There isn’t a backing track as such, but as the reels spin you will be treated to some trumpeting musical notes if that’s any consolation.

Bet Amounts – Betting begins at 20p per spin and can be adjusted up to the maximum of £500 per spin. You will find the bet amount in the transparent circle to the left of the reels and there are arrows above and below it. Use the arrows to amend your bet until you are happy with it and then carry on spinning.

Wild Symbol – A cheeky looking chilli in a sombrero is your wild symbol and he will substitute for all others except the scatter. He is also the joint highest paying symbol in the game, offering a x500 coin win for landing 5 in a winning combination.

Scatter Symbol – El Jackpotto the Mexican wrestler is the scatter symbol. Landing three or more of these anywhere in view on the reels will trigger the bonus feature for you.

Random Reel Features – During the main game you may be lucky enough to have one of the following reel modifiers trigger. 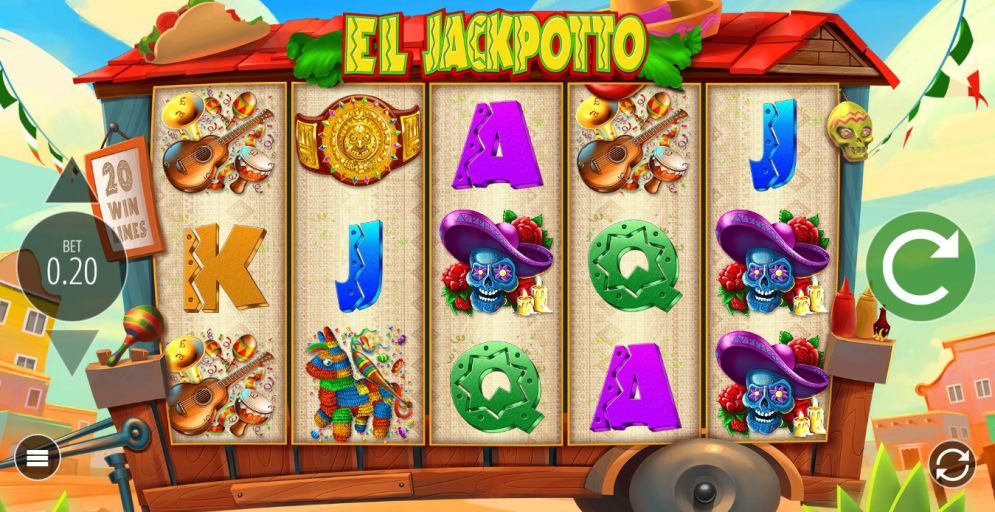 Bonus Game Feature – Having landed three or more of the El Jackpotto scatter symbol you will now be taken to a new screen. Here you will be given a wheel of fortune to spin and it will contain 5 different bonus games on it.

When the main feature triggers and you have spun the wheel, you will be given a chance by El Jackpotto to gamble your feature for something else. You will either be given a different feature or an instant mystery cash amount. Trigger the feature with x4 scatter symbols to have the Spank That Ass feature removed from the reels. But, trigger it with x5 scatter symbols to instantly be entered into the Big Money feature instead.

El Jackpotto is a festival of fun for all and there is so much going on it can be easy to get distracted. But that’s part of the attraction for us, as you will not get bored wondering when El Jackpotto is gonna pop onto the reels with his fart clouds or saucy tricks for turning the reels wild! Lots of base game wins help things along nicely as well and that nifty gamble option built into the features, gives the game a bit of an edge too.