If the title doesn’t give it away then the symbols will, because this slot is all about the fruit. Coming from the libraries of Pragmatic Play we are expecting many things from this game. Extra Juicy may seem simple on first glance, but there is more to this slot than meets the eye. Read on to find out how the feature and win multipliers are all geared up ready to help you win. 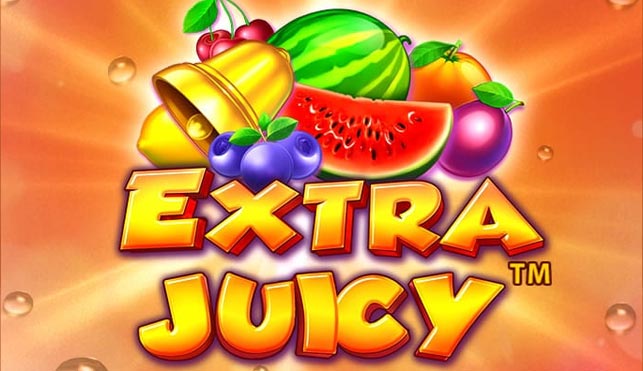 Play Extra Juicy on any of these top casino sites;

Extra Juicy is a 5-reel, 10 fixed pay line slot offering players a tasty RTP of 96.52%. Looking as if it is set out in a supermarket window, the reels are bright and packed with fruit symbols. In the background there is a soundtrack playing along that would fit right into an 80’s tv show and it certainly adds a little extra to the game. However, after a while it can get a bit much so if this happens just mute the site. Unless 80’s tv soundtracks are your thing then crank up the sound and get spinning those Extra Juicy reels!

Bet Amounts – Betting begins at 10p per spin and can be increased to £50 per spin. This means Extra Juicy isn’t as overly priced to spin as some slots out there. But be sure that you have the balance to sustain play at the max bet level. You can adjust your bet by using the plus and minus symbols on either side of the spin button. 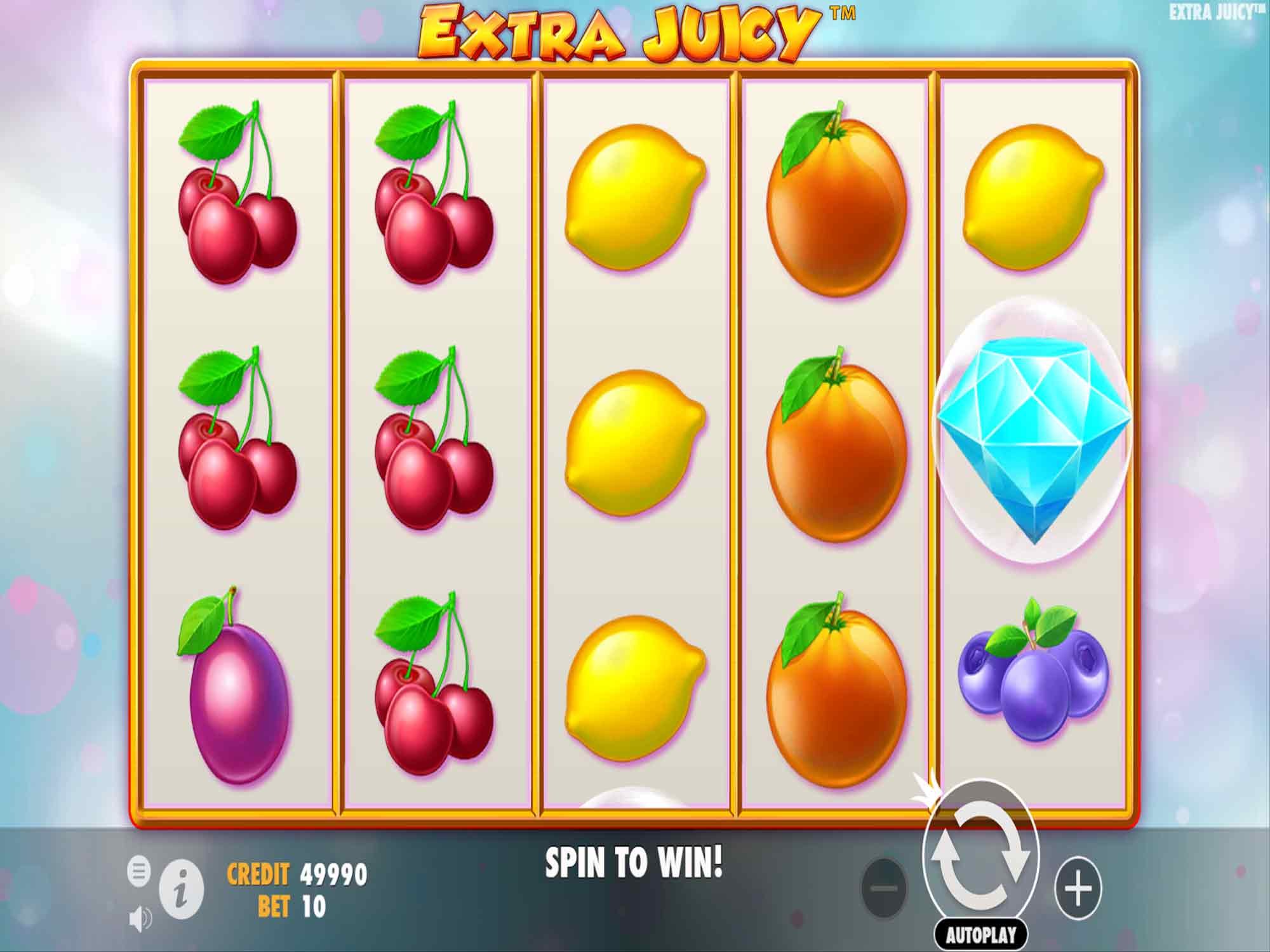 Wild Symbol – Now, don’t get too worried when we tell you that Extra Juicy has no wild symbol! This is a different approach we admit on the part of Pragmatic Play, but we don’t feel that it has too much of a negative impact on the overall playability of the game.

Scatter Symbol – You will be happy to learn that there is however a scatter symbol active here, despite the absence of the wild! It comes in the form of a blue diamond and will only appear on reels 1, 3 and 5. Landing three of the diamond scatter anywhere on those reels will trigger the bonus spins feature.

Other Symbols – All of the symbols in Extra Juicy are bright and colourful and look ripe for the picking. Higher paying symbols include the golden bell, watermelon and blueberries, with lower values being the plums, orange, lemon and cherries.

Bonus Spins Feature – Having landed a diamond scatter on reels 1, 3 and/or 5 you will trigger the bonus spins feature. You will be awarded with 12 initial spins to play through in the feature and a progressive win multiplier is awarded as well. It begins at x1 the bet amount and on every spin the win multiplier will increase by x1 until it reaches x12 the bet amount on the final spin in the round. If you land three or more scatter symbols during the bonus spins you retrigger the round. You will be awarded another set of x12 spins and the win multiplier will continue to climb by x1 on each subsequent spin. On retriggering the bonus spins you can land up to the maximum of x60 spins, which means your win multiplier can climb up to x60 as well.

With only one bonus feature, Extra Juicy can seem on the outside to be less juicy and more soggy! But once you begin play you will see that the game itself is really quite fun. There are plenty of main game wins to be had and the bonus spins feature triggers easily enough. Add to that, the fact that the bonus spins can be retriggered and award extra multipliers, so there is huge win potential with this game all round. If you prefer something a bit more full on with lots of extras, features and levels, then Extra Juicy may not be the game for you. But Pragmatic Play have developed a fun and colourful game for all to enjoy and we think if you give it a try you may just be surprised. This game is definitely one we will be revisiting in the future.