Boxing doesn’t often feature in slots, but having played this next game we at Boku Slots have to wonder why? NetEnt have added their own brand of awesomeness to Fisticuffs, making it a popular game regardless of the theme. So, it’s time to get into your corner of the ring and come out fighting! 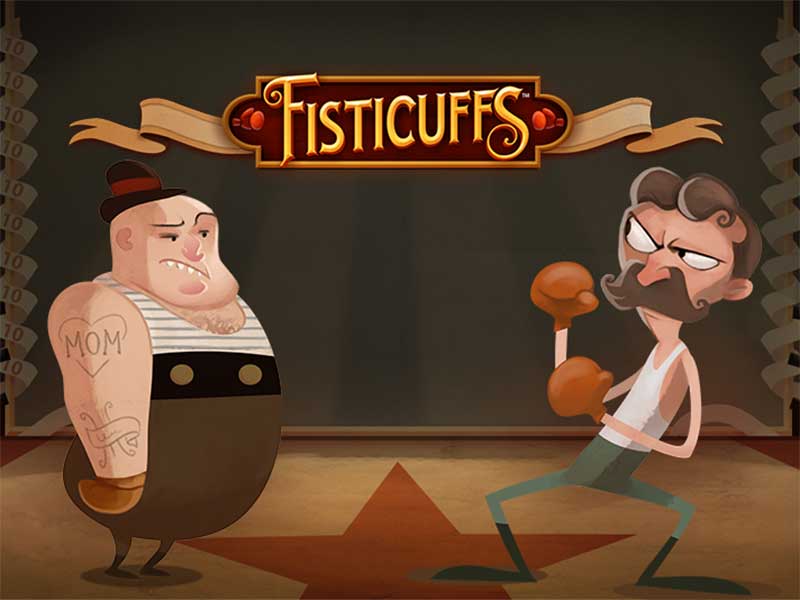 Play Fisticuffs on any of these top casino sites;

Fisticuffs is a 5-reel, 10 pay line slot offering an RTP punching in at 96.7%, for players brave enough to take to the mat. Set against a boxing ring background and surrounded by whooping fans, you instantly feel part of the action.

Symbols are obviously theme related and include the two main boxers, who seem to be in different weight divisions; but we’ll let that slide. You also have the boxing gloves, boots, a bell, the stool in the corner of the ring, a spit bucket and towel, and of course the championship belt.

Bet Amounts – Betting on Fisticuffs begins at 20p per spin and can be increased to a maximum of £40 per spin. Amend your bet by adjusting the coin level to the left and the coin value to the right of the spin button.

Wild Symbol – NetEnt always add little twists and they have not failed you with Fisticuffs. There is not one but two wild symbols here. One wild only appears on reel 3 which is depicted by a chunky boxer and the other will only appear on reels 2 and 4 which is a skinny boxer. Both wilds substitute for all other symbols within the game. 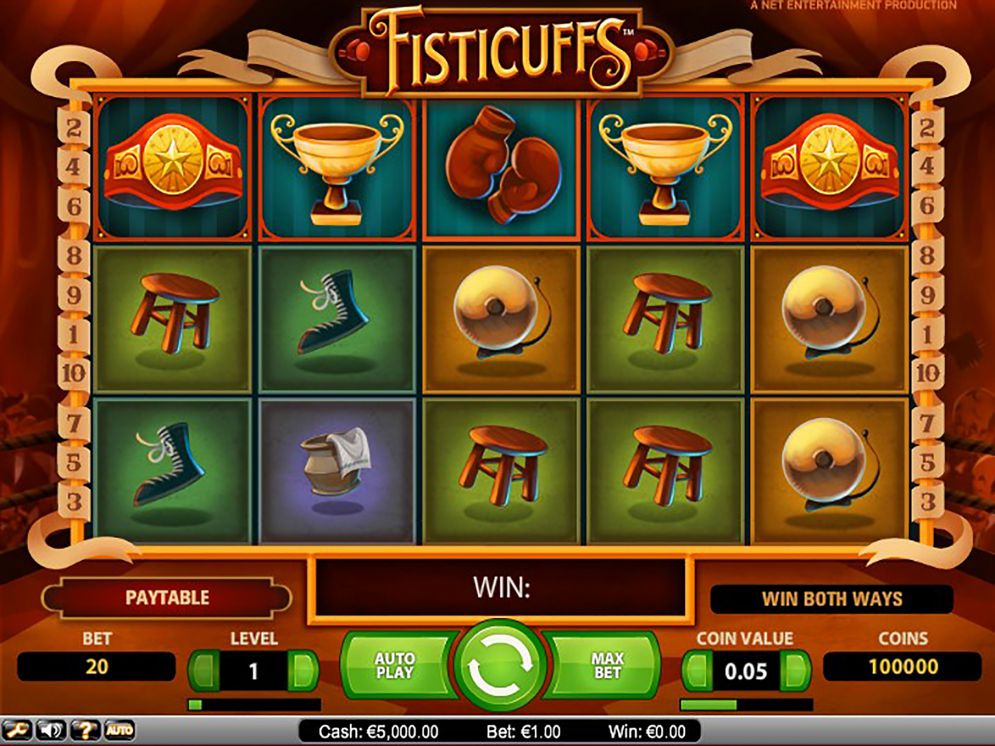 Boxing Bonus Feature – Ok so this bonus feature plays out within the main game and its really simple to understand. You have your two wilds as mentioned above right, the chunky boxer is called a straight wild and the skinny boxer is called a diagonal wild. If your two wilds land on the reels next to each other it triggers the feature and depending on where these two wilds land, determines which of the features activate.

Ok, so there is no scatter symbol, meaning no bonus spins rounds; so, we know what you are thinking! Fisticuffs is a simplistic game, but it still managed to lock down our attention for quite some time and that takes some doing. It is a well-designed game which is something we all expect from NetEnt and the graphics are great, as are the wild animations when the boxers start throwing punches. Whilst it is limited in what it offers feature wise, we still had fun and we won often, which is of course the main thing. What would have done it for us would have been some kind of win value on one or all of the wilds, considering they form the whole of the feature. But, it isn’t a huge negative for us and when we are in the mood for a quick play game, Fisticuffs is on that to do list.