Anime and gods are not always a combination you think of for a slot game. But, the team over at Microgaming have done just that. What they have developed is a manga style slot called Lucky Little Gods and it has everything you could wish for from the genre. 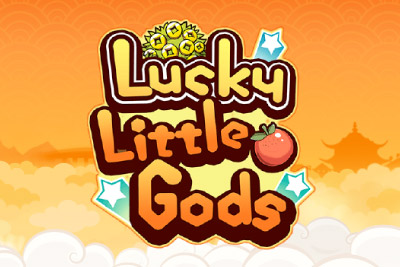 Play Lucky Little Gods on any of these top casino sites;

Lucky Little Gods is a 5-reel, 243 ways to win slot offering an RTP of 96.75%, to any who wish to take these plucky characters on. Set in what appears to be a city in the sky, your reels float transparently against this dreamscape and are filled with symbols to amuse and entertain you. Higher value symbols include the four main Lucky Little Gods characters. In order from highest there is the red god, green, blue and pink god. Each one comes to life with a little animation when they form part of a win. Lower value symbols are oriental script work, in order of highest to lowest beginning with the orange script, red, green and then blue. As the reels spin away there is an oriental themed tune playing and some interesting sound bites when winning combinations are formed. It almost sounds like a retro themed console game is being played and we think that makes it much more enjoyable.

Bet Amounts – Betting on Lucky Little Gods begins at 30p per spin and can be increased up to £300 per spin, which seems quite a hefty jump. But luckily for those of you that prefer to bet low there are plenty of options in between the two amounts. Click on the coin stack icon above the spin button. You will be taken to the bet screen and be able to change the bet size and bet value. Play about with the sliding scale until you have settled on the bet amount that you prefer to move forward with.

Wild Symbol – Your wild symbol is the Lucky Little Gods logo and it will substitute for all other symbols except the bonus and the scatters. Wild symbols will land on any reel in any position, but in the bonus spins round reels 1 and 5 are totally wild! 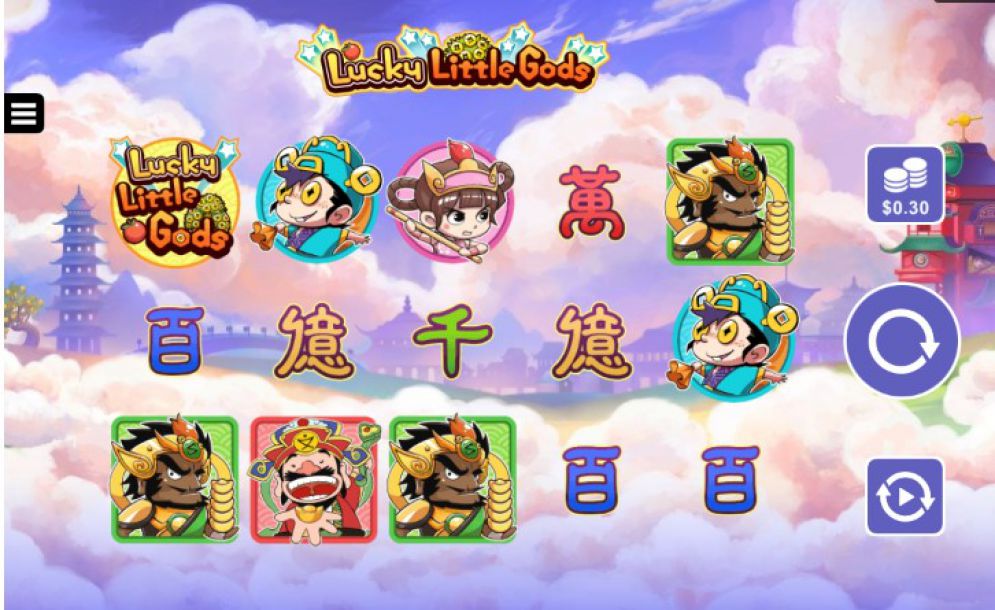 Scatter Symbol – A pack of dynamite is your scatter symbol and they will land anywhere on the reels. Land three or more to trigger the bonus spins feature and also to bag yourself a scatter win on top of your line win.

Bonus Symbols – There are three bonus symbols on offer in Lucky Little Gods and they occur at random in the main game only. Your three symbols are a gold tree, a treasure pot and the lucky gods themselves. Each one can occur at random and brings with it their own feature to activate.

Random Features – At any point in the game you may trigger one of the three random features. All of the bonus offerings are explained in further detail for you below:

Bonus Spins Feature – Land three or more dynamite scatter symbols anywhere on the reels, to trigger the bonus spins. You will now be allocated with 8 bonus spins to play through, with reels 1 and 5 turned completely wild! Every scatter symbol that lands during the round will award an extra spin to your total. The round will only end once all of the bonus spins have been played, including any extras that you accrued along the way.

Lucky Little Gods is a game of epic proportions, with a range of features that make the gameplay fun and fast paced. Your random features can be a bit harder to trigger than the bonus spins. But we found that the golden tree tends to land more often than the treasure pot and the lucky gods bonuses. With the addition of the wild reels on reel 1 and 5 in the bonus spins, means this is where the big money wins are going to be found. However, throughout the main game the wins come thick and fast enough that the bonus games become a second thought. Meaning when they do trigger it’s a nice surprise, because things go so well in the main game. We found Lucky Little Gods to be a thoroughly enjoyable game with huge win potential and enjoyment value.

May 12, 2018 Boku Slots Comments Off on Cosmic Fortune