Elk Studio’s fantastic slot game Wild Toro is based around a Spanish bull fighting theme. Although you may not be a fan of bull fighting, in this game the tables are turned, and the bull is getting revenge on the matador for a change. 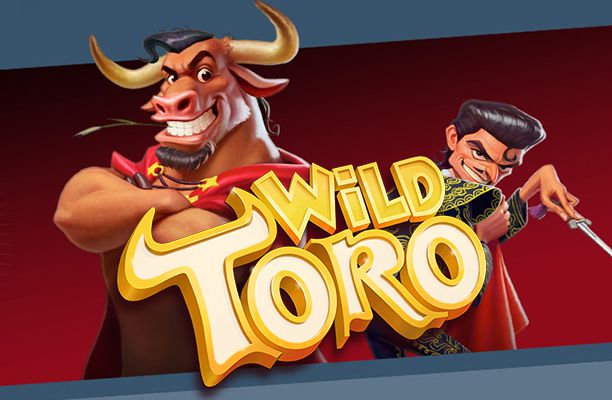 Play Wild Toro on any of these top casino sites;

Wild Toro is a 5-reel, 178 ways to win slot that offers a pleasingly high RTP of 96.4% for players. Its symbols include a rose, orange, fan, a gold, bronze and silver coin as well as your bull and matador feature symbols. The transparent reels spin against a Spanish city back drop and you can see smoke from the chimneys and birds flying across the screen on occasion too.

Bet Amounts – Betting on Wild Toro is slightly different with Elk Studios games as you will see below. However, if you want to play a straight game you can spin the reels from as a low as 20p and up to as high as £100. Click on the coin stack to amend the bet amount from here and to see the alternative betting strategies outlined below:

If deciding to use any of the betting strategies outlined above be aware that until you change the strategy, it will continue to amend your bets automatically for you. Be very sure you are wanting to bet this way, if not don’t select a strategy at all and you will be playing a straight game with normal base bets. 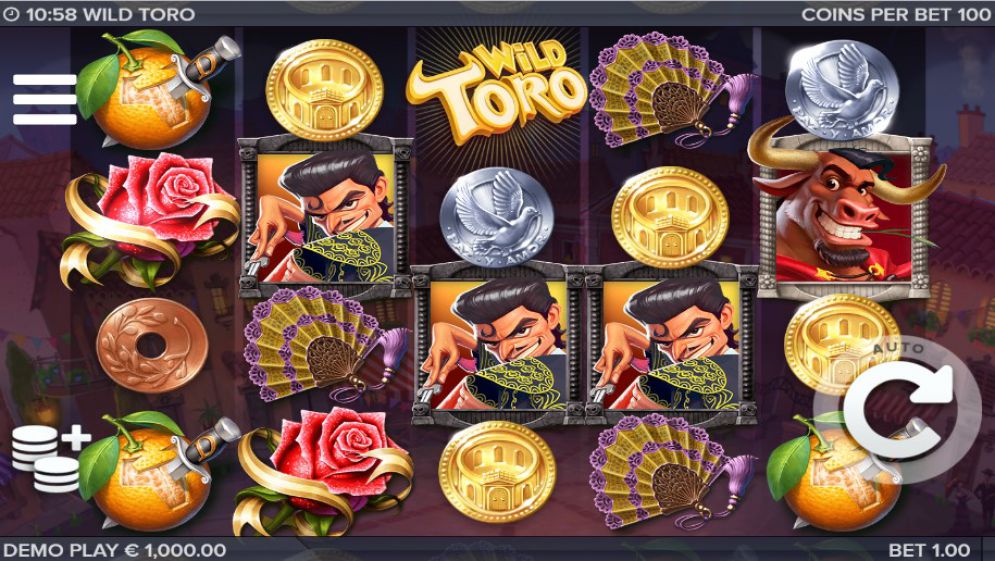 Wild Symbol – Wild Toro players are going to be happy to hear that there are two wild symbols within the game. A walking wild depicted by Toro the bull and the game logo which is a static wild. The static wild will substitute for all other symbols except the walking wild and the scatter. If you are lucky enough to land a line full of wilds, it will pay out as the highest symbol which is the rose and awards x1000 coins for 5.

Scatter Symbol – The evil looking matador is your scatter symbol on Wild Toro and landing three or more on the reels will activate the bonus spins.

Walking Wild Feature – Toro the bull is your walking wild and he will only appear on reel 5 throughout the game. When he lands he will move one space to the left and the reels will respin. This will continue until Toro has moved across the reels and dropped off the other side. As he is a wild symbol he will hopefully help to create bigger wins with each move along the reels that he makes on each respin. Now, whilst Toro is on the reels, should a matador land it will trigger the Toro goes wild feature.

Toro Goes Wild Feature – Once the walking wild feature is activated by you landing Toro on reel 5, there is the possibility you may trigger this feature too. All you need is one or more matadors to land whilst your walking wild is active. Toro the bull will then rampage across the reels to attack the matador. As he does, he will move either vertically or horizontally across the reels and turn any symbols he crosses wild along his way. He will continue this rampage until all matadors are removed from the reels, so if you have a few when this triggers you may be in for a very big win.

Matador Respin Feature – Three or more of the matador scatters on reels 2, 3 and 4 will trigger this feature for you. An allocation of three bonus spins will be given and the matadors will be frozen on the reels. Land any further matador symbols and you will receive an extra spin for each one. The round ends by either the spins finishing, or the Toro walking wild symbol landing to wipe out the matadors.

As we have come to expect with Elk Studio games, Wild Toro delivers on all angles from graphics to features. However, we would have liked to have seen maybe an extra mini game feature or two relating to the theme, but that’s just us! Overall, the game play is fast paced, fun and exciting especially when Toro the bull lands on the reels to wipe out those evil matadors.