Whilst not all of you may be lovers of Cricket, at Boku Slots sports themed games tend to be hit or miss for us. However, this next game is designed by non-other than the legends at Microgaming. So, why don’t we investigate Cricket Star together and see if we can hit a googly or two along the way. 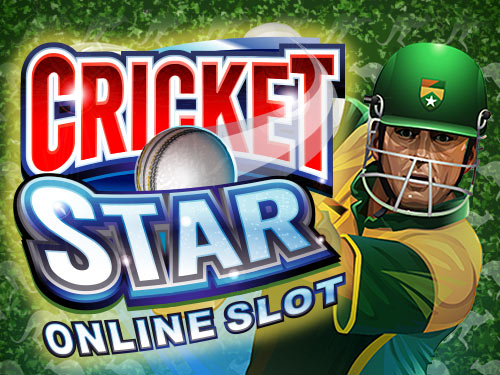 Play Cricket Star on any of these top casino sites;

Cricket Star is a 5-reel, 243 ways to win slot, that offers any player stepping up to the wicket an RTP of 96.42%. Set against the backdrop of a cricket field, this game has lots of cheering going on in the background and lots of cricket themed symbols; mostly players in various different positions.

Bet Amounts – Betting begins at 50p per spin and can be increased to £45 per spin, making it one of the more affordable games going. Bets can be adjusted by selecting the coin value and coin amount that opens, when you click on the word bet.

Wild Symbol – In Cricket Star your wild symbol is the game logo and it will substitute for all other symbols except the scatter. You will also see during the base game an interesting addition to the wilds, where they will be stacked as part of a feature.

Wild Wickets Feature – At any point during the game the Wild Wickets Feature can be randomly triggered. When it does you will see that reels 2, 3 or 4 will turn completely wild and aid in completing any potential winning combinations. You are guaranteed a win with this feature so keep an eye out for it. 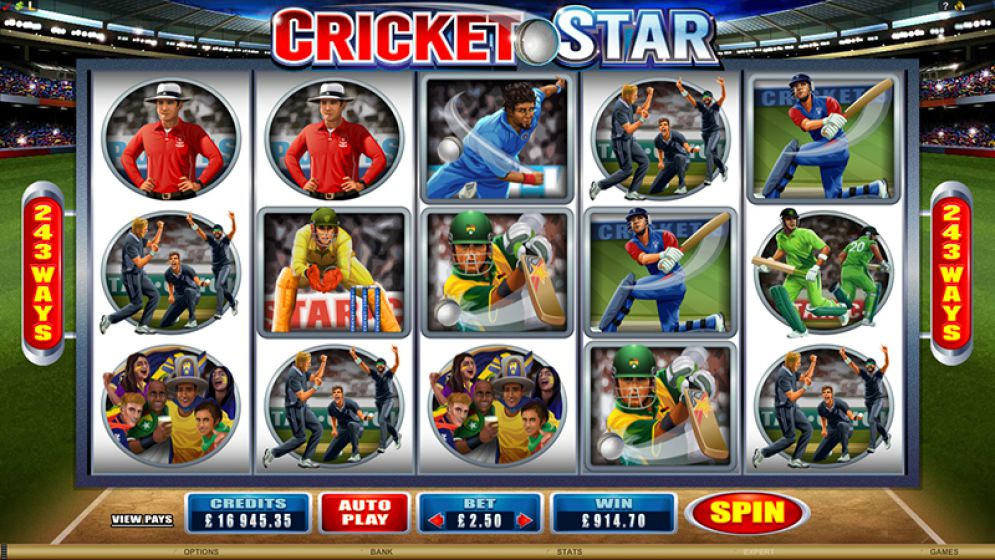 Bonus Spins Feature – After you have landed three or more scatters, you will be allocated your bonus spins to play through as follows:

Whether you are a cricket fan or not we are sure you will be bowled over by this game, because Microgaming has put a lot of thought into the design. Cricket Star has a great combination of triggered and random features, enough to keep the game interesting to non-cricket fans anyway. Wins come often enough and are gratefully extended with the likes of the rolling reels and wild wickets. So, if you fancy a run around the field, then step on up to the wickets and lets see what you have got.