When it comes to visually entertaining slots, we can always count on Elk Studios. With their own take on norse mythology they have developed the sensational Valkyrie for players to enjoy. Combining two great features with beautifully drawn symbols and heart pounding backing music, we think you will love this version of the myth. But there is only one way to find out and that is to draw your swords and be ready to do battle with the beautiful but deadly Valkyrie horde! 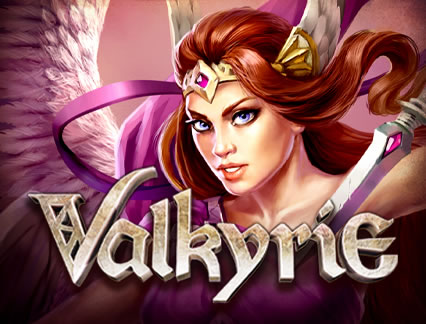 Play Valkyrie on any of these top casino sites;

Valkyrie is a 5-reel, 1024 ways to win slot offering all who are deemed worthy an RTP of 96.3%. There is a stunning video introduction when you first enter the game and you can hear the goddess Freya talking throughout. As the reels come into view, they seem to be set against the backdrop of what is known as Helheim, where the Valkyries are meant to dwell. Freya the goddess of love is stood to the left of the reels waiting to bestow features on you when they are triggered. The reels themselves are stood within an iron structure covered in engravings and the symbols take the form of goddesses, mythical items and more. Higher value symbols are in the form of Freya, Helena, Andora, Tyrsa, a gauntlet, a golden wolfs head, a sword and what looks like Thors hammer? Lower value symbols have all been given an upgrade, so you have the A, K, Q and J symbols but looking like they are carved in steel and encrusted in jewels.

Bet Amounts – Betting is slightly different in Valkyrie than you will see in other games, as you have the betting strategies to choose from. However, if you wanted to disregard the strategies and go straight to basic betting, then you will find the bets as follows. Starting at just 20p per spin at its lowest and increasing to £100 per spin at its highest. Read below to find out more about the betting strategy options.

Betting Strategies – If you want to use the betting strategies on offer to change up your game, then read below all the options available to you.

You can see more information about these betting options on the pay tables and how each one works in regard to the bet amounts. Make sure you familiarise yourself before choosing them to avoid any shocks.

Wild Symbol – Your wild symbol is a golden cast of a god’s head set on the front of a shield. It will substitute for all other symbols except the bonus and the scatter.

Scatter Symbol – In Valkyrie a golden triquetra symbol is your scatter. Landing three of these anywhere on the reels will trigger the bonus feature.

Bonus Symbol – A blue and silver triple triangle is your bonus symbol in this game. To trigger the bonus respin feature you need to land at least three of these anywhere on the reels. 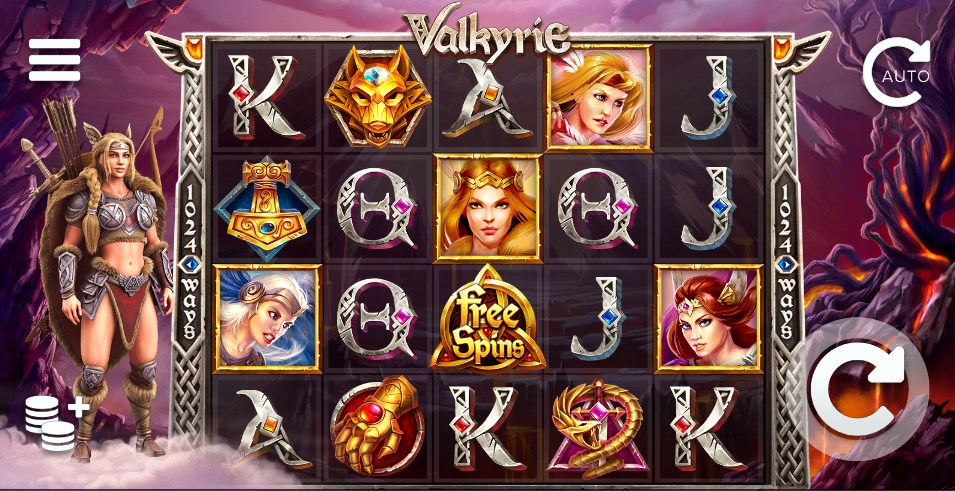 Valkyrie Feature – Once you have landed three or more of the silver and blue bonus symbols on the reels, you will enter the Valkyrie feature. Here you will be given one bonus respin of all the reels, with one of the following Valkyrie powers activated.

Bonus Spins Feature – Having landed three or more of the scatter symbol anywhere on the reels, you will now be given access to the bonus spins round. You will not only receive a number of spins to play through, but you will also receive 1, 2 or all 3 of the Valkyrie power features as well.

Bonus spins can be retriggered from within the round also, meaning a new set of spins and a variation on the powers activated.

In theory Valkyrie has all the makings of being an insanely amazing slot game. It does have one small downfall though which can be make or break for a lot of people. Whilst the game design and features are well thought out and play really well, the wins don’t follow suit. Most of the wins achieved were during the main game and were of the lower end of the pay scale. This we feel is mostly due to the number of symbols being played out across the reels. With 14 symbols in total, 2 bonus symbols and 12 pay symbols its just too many to contend with and makes for a very packed set of reels. This however is our only negative point because the game as a whole is great, the bonus feature triggers often enough giving a single respin every time it lands. Even the main bonus spins feature triggered fairly often, and the wins were considerably larger in this section which made the base game wins a bit more easy to take.