There are so many Chinese inspired games, you’d be forgiven to assume Double Lucky Line was just another one. But this New Year inspired slot is as explosive as the fireworks that appear throughout the game. It was developed jointly by Microgaming and Just For The Win, who are both masters in designing high quality slots. So, check out our review and see if you’re enticed by the lucky coins. 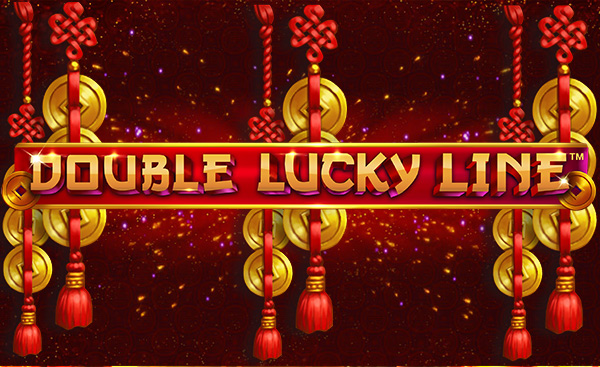 Play Double Lucky Line on any of these top casino sites;

Double Lucky Line is a 5-reel, 17 fixed pay line slot that offers players a healthy 96.03% RTP. On first entering the slot you will be met with a very simple yet elegant design. The reels are set out inside an ornate gold frame spinning in front of lush green wallpaper, almost as if it is inside someone’s home.

The symbols are a mix of Chinese icons and playing card symbols and are beautifully drawn and brightly coloured. Higher value symbols are the Double Lucky Line game logo, a dragon, a toad and a tortoise. Lower value symbols are the A, K, Q and J which you would see in most slots, but here they have been drawn to look as if in Chinese script. All the symbols can appear as a single or double, meaning they are worth x1 or x2 the symbol count. Double symbols are also worth more than their single counterpart, so be sure to check the pay table before you begin to play. As the reels spin there is a distinctly Chinese soundtrack playing along, which keeps the energy levels up with its upbeat vibe.

Bet Amounts – Betting begins at 10p per spin and can be increased up to £100 per spin. In order to amend your bet, hit the casino chip symbol found just above the spin button. A new screen will expand where you will see all the available bet options and you can scroll up or down until you find the one you wish to use. Once done hit the spin button to return to the game and continue playing.

Wild Symbol – Double Lucky Line has three different wild symbols. The first is quite simply the word wild written in gold on a green background and it appears in both the base and bonus game. The second is a double wild which appears in both the base and bonus game and is simply the single wild symbol doubled up (so it has two words instead of one). The third is a golden tree and this is called the lucky wild and it is only available in the bonus spins feature. All three of the wilds can substitute for all other symbols within the game except for the scatter. It can land anywhere on the reels in the base game and also has its own mini feature the Random Wild, which will be explained in more detail below.

Scatter Symbol – Your scatter symbol is the word ‘free spins’ in green writing on a red background. There are two versions of this a single and a double, meaning the single has just one set of writing and the double has x2 sets of writing on it. They both do the same thing in regard to triggering the bonus spins feature. But landing a double scatter awards x2 the symbol award, meaning it is worth x2 single symbols. You need to land x5 or more of the scatter symbol anywhere on the reels in order to trigger the bonus spins. This means if you land x1 single symbol and x2 double symbols then you will immediately enter the feature, instead of waiting on x5 single symbols. It is a definite plus point for the game. 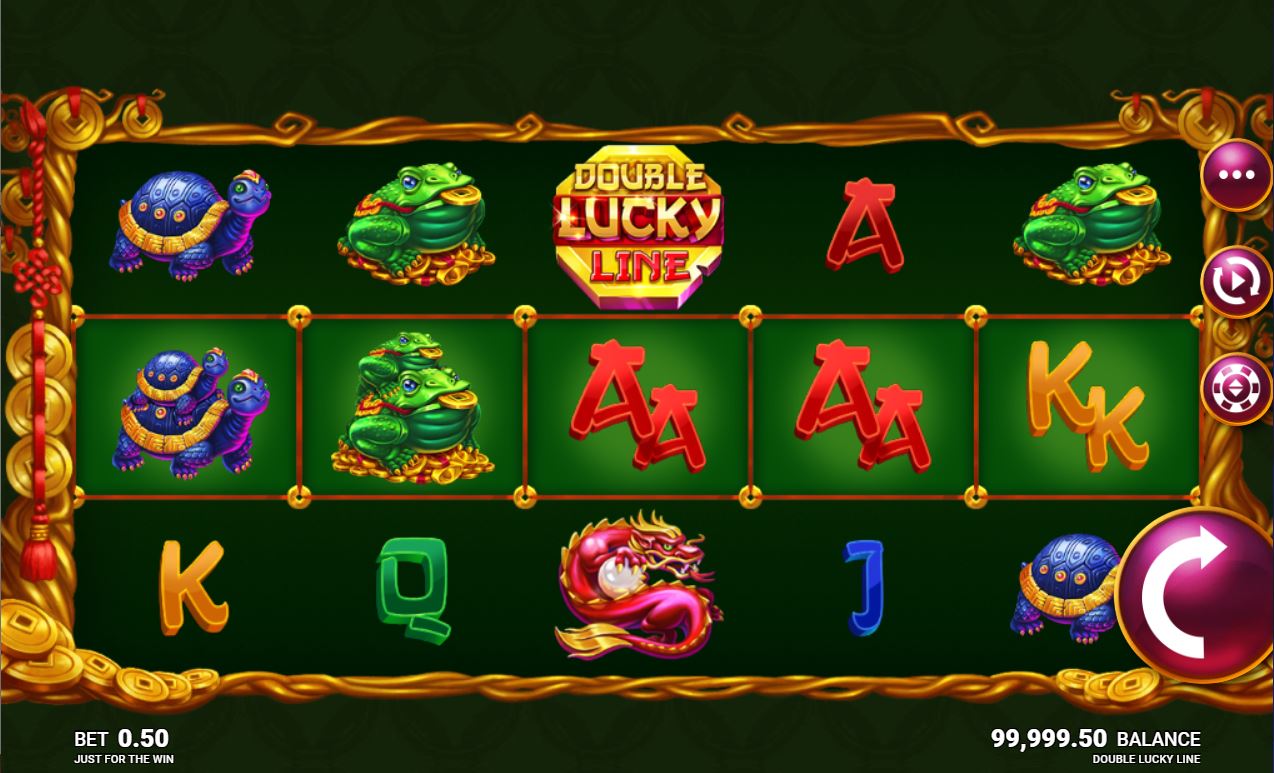 Random Wild Feature – Occurring at random during the base game, up to x6 extra wild symbols can be added to the reels at any point. You may receive from x1 to x6 wilds onto any reel position when this feature triggers and it is certainly going to come in handy helping to create bigger potential wins.

Bonus Spins Feature – If you land x5 or more scatter symbols anywhere on the reels you will trigger the bonus spins feature. This is easier to do in Double Lucky Lines than some other slots, thanks to the double scatter symbols as explained above. You will be awarded x5 bonus spins initially for landing five scatters. Then for every other scatter symbol in view when the feature triggers, you will be allocated an extra bonus spin to your total. The lucky wild tree symbol is active here and it will not only act as a wild symbol, but it will also allocate an extra bonus spin to your total every time it lands too.

Whilst double symbols aren’t necessarily a new concept, the way Just for the Win and Microgaming have used it is certainly intriguing. You really do get the best of both design teams here, as well as their features. The addition of the random wilds in the base game is certainly a great boost to win potential. That’s before you even look at the bonus feature and the fact that the lucky tree wild symbol adds spins to the total too!

We feel that anyone wanting to ease into slot games would certainly find Double Lucky Line a good option. But even if you are a seasoned gamer you will still enjoy the playability of this game, as well as the wins.