If you haven’t heard of Red Riding Hood, where have you been? Thanks to NetEnt you can now get a whirlwind introduction to the fairy tale and maybe even win some goodies for grandma along the way. But be careful as you enter the woods and go in search of the Fairytale Legends: Red Riding Hood, because that nasty wolf could be anywhere. 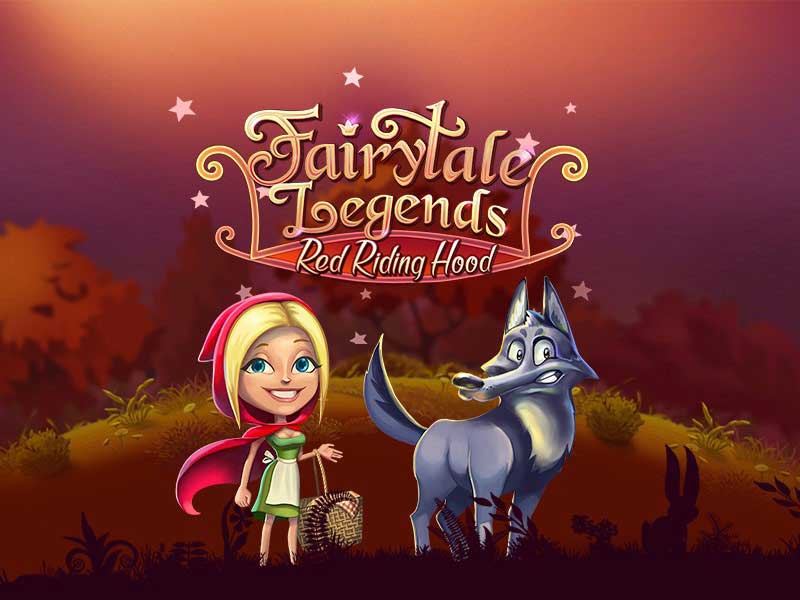 Play Fairytale Legends: Red Riding Hood on any of these top casino sites;

Fairytale Legends: Red Riding Hood is a 5-reel, 20 fixed pay line slot that offers an RTP of 96.33% to players. Set in a forest the reels spin against the moving scenery, as Red Riding Hood takes a little walk on each spin! Symbols all take inspiration from the fairy tale theme, with higher value symbols including the games logo, a shield, a key, a rose and a story book. Lower values are the usual card symbols, A, K, Q, J and 10, all golden in colour and in elegant script work that would look right at home in a fairy tale book. Lots of interesting sounds and music play along as different sections of the game is in play. Lending the game an almost comical feel in some parts, but also making it much more enjoyable too!

Bet Amounts – Betting on Fairytale Legends: Red Riding Hood begins at just 20p per spin and can be increased to a whopping £200 per spin, should you wish to bet so high. Bets can be amended by changing the coin level to the left of the screen and the coin value to the right. Use the arrows on either side of each value to increase or decrease your bet amount, until you are happy with the final value.

Wild Symbol – Red Riding Hood is the wild symbol on Fairytale Legends: Red Riding Hood and will only appear on reels 2, 3 and 4 in the main game, and on all reels in bonus spins. She will substitute for all other symbols except for the scatter. But, as a little extra for you, if you land 2 wilds they will freeze in place and offer a single respin.

Scatter Symbol – A blue treasure chest is your scatter symbol and landing three or more will trigger the pick a chest feature for you. The treasure chest scatter will only appear on reels 1, 3 and 5 in the main game. 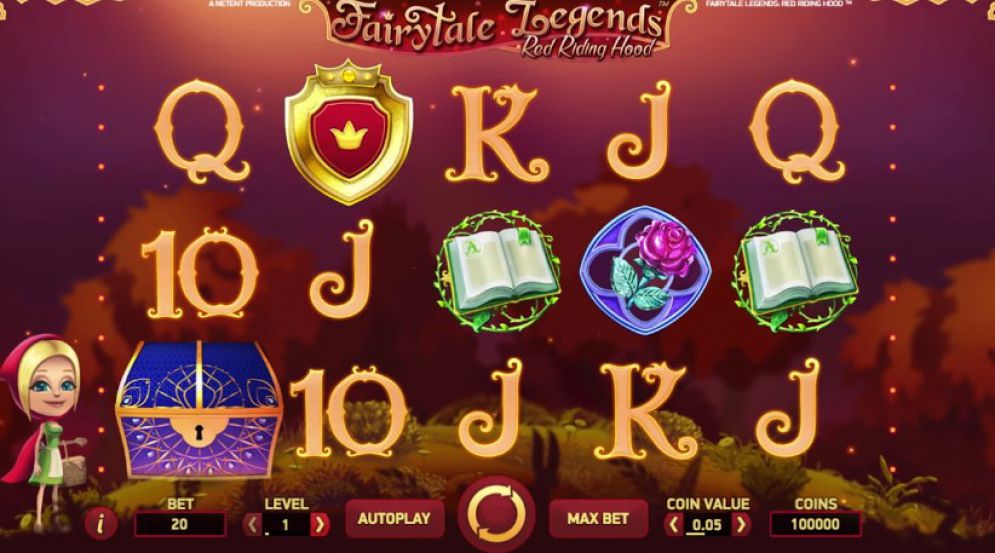 Fairy Magic Features – As Fairytale Legends: Red Riding Hood is based on a fairy tale; it makes sense that a fairy should feature here too. At any point in the main game you may see a fairy fly onto the reels to sprinkle some fairy dust and trigger a random feature for you.

Treasure Chest Feature – By landing three or more treasure chest scatter symbols on reels 1, 3 and 5, you will trigger the first part of the treasure chest feature. You will now be given the choice of 3 treasure chests to pick from. Once you have picked your chest it will reveal one of the three following mini games for you to play through;

Fairytale Legends: Red Riding Hood lends an interesting take on the theme itself. We love the animation in the bonus game when Red Riding Hood is eaten by the wolf! With plenty of features both random and symbol triggered, there is a lot going on in the game. But overall it is still a really easy game to play and understand, which is always a winner in our eyes of course! Main game wins happen often enough to keep people playing, and that multitude of features trigger often too. Get yourself on to the wolf or spins bonus features and that’s where the bigger money is to be made.

May 30, 2018 Boku Slots Comments Off on Untamed Wolf Pack