NetEnt are known for bringing well designed and exciting slot games, so their 2018 addition Lost Relics had us pretty excited. Head on a journey into a dark and spooky temple, where your only light is a flame from a torch and you never know what creatures or bonus features are around the corner. 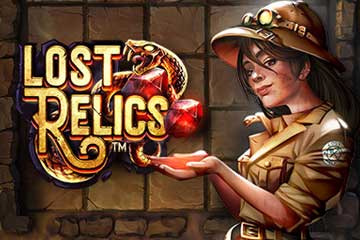 Play Lost Relics on any of these top casino sites;

Lost Relics is a 5-reel, 5 row slot offering cluster pays instead of pay lines. So, if you can get yourself a cluster of 6 matching symbols or more, then you are going to be winning. An interesting RTP of 96.3% is on offer for all adventurers who dare to journey through the game, alongside an array of features that will blow you away.

Higher paying symbols include a snake around a red ruby, a bracelet, a Roman helmet and of course a dagger. Your lower value symbols are represented in Lost Relics by the card suits, which are spades, diamonds, clubs and hearts.

Bet Amounts – Betting on Lost Relics begins at just 20p per spin and can be increased to the maximum of £40 per spin, making the game itself very affordable for all pockets. To increase or decrease your stake, you need to adjust the coin level or coin values found on either side of the spin button.

Wild Symbol – There is actually no wild symbol in the main game, however a wild does exist over in the features. It is depicted by the letter W surrounded by a snake and will substitute for all other symbols except the scatter.

Scatter Symbol – The scatter symbol is designed to look like a Roman Emblem etched in stone. Land three of these on reels 1, 3 and 5 to trigger the bonus spins. 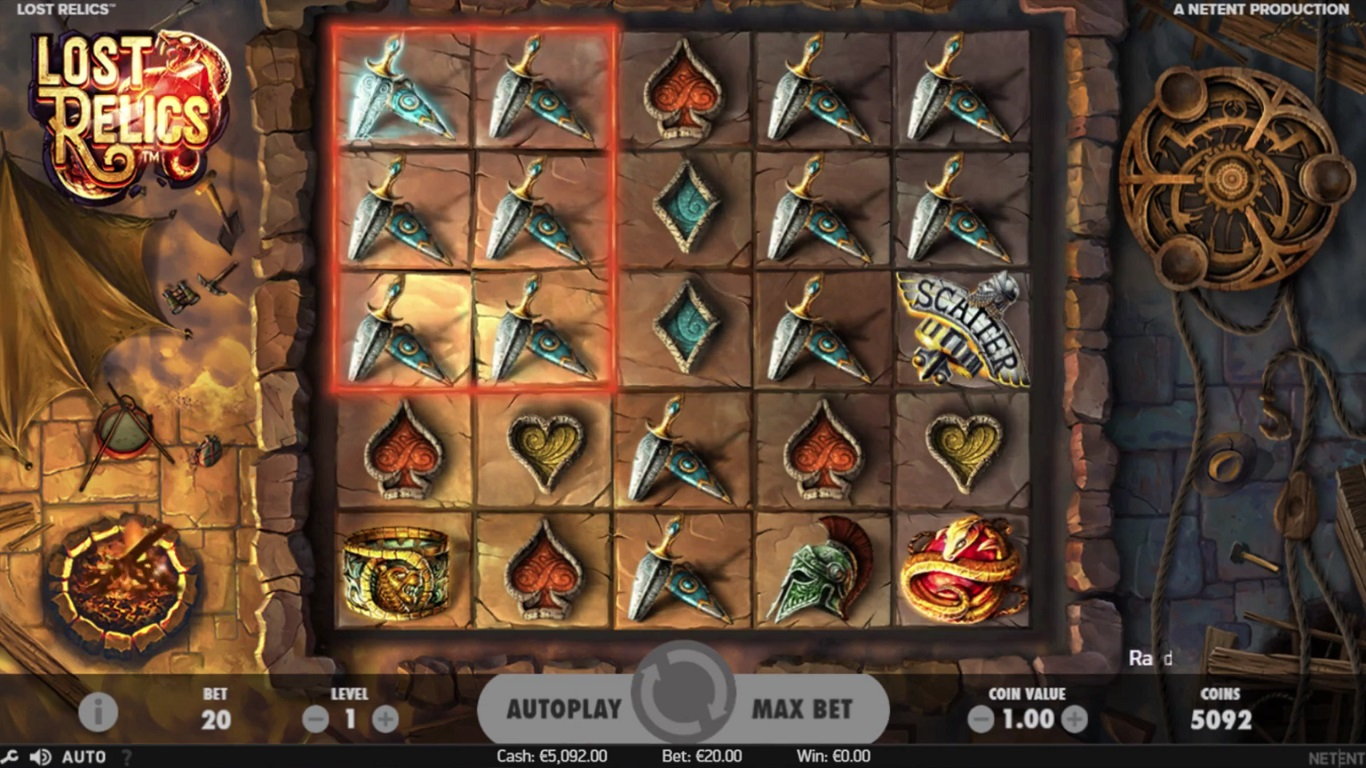 Random Features – As mentioned previously there is no wild in the base game of Lost Relics, however you may be in luck with the random features. Every time you have a winning cluster, you may be in with a chance of triggering one of the below extra features.

Bonus Spins Feature – Having landed a scatter on reels 1, 3 and 5 you will trigger the bonus spins round and will be allocated 10 bonus spins. As well as having the spins to play, you will also see that chests are hidden behind the reels as the game sets up for the feature. As you make winning combinations the symbol will reveal the space underneath, which will either have a chest or an empty space. There will be one of three types of chests hidden, small, medium and large. As each space is revealed it will remain that way until the chest is uncovered. Once the chest has been revealed the screen will reset and a new chest will be hidden. Each chest will reveal one or more of the following rewards:

We want to go out and be treasure hunters for real after playing Lost Relics. As for the game it is very well designed in both imagery and game play. The fact that it looks almost steam punk in design as the screens separate and move between the features was a big draw, as it gave a lot more to look at other than the reels. Wins came often enough, and the features were very profitable and despite the lack of a wild in the actual base game, it didn’t have a negative impact as we thought it might. If you like Indiana Jones style movies, then Lost Relics is definitely a game you are going to want to play.