Attention! Officer Boku Slots reporting for duty and awaiting orders. Who would have thought being in the army would be so much fun? Well with the aging slot game Major Millions from Microgaming, you get lots of fun indeed and possibly a win or two. 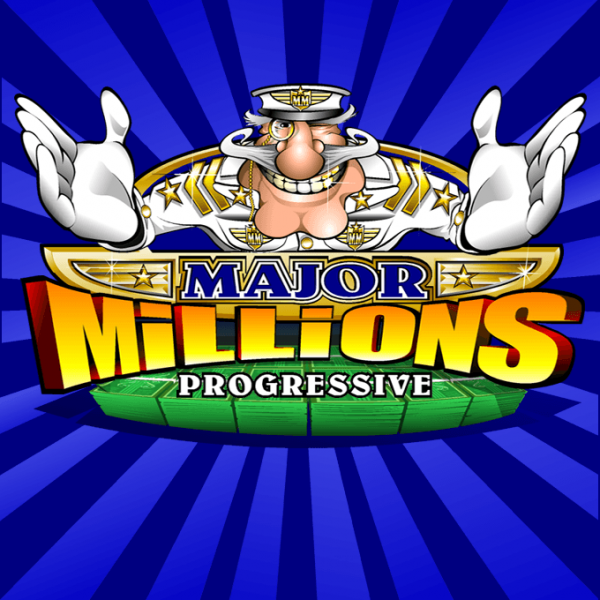 Play Major Millions on any of these top casino sites;

Major Millions is a 5-reel, 15 pay line slot that offers an outstanding 89% RTP! You did not read that wrong soldier, now get playing those reels; because the money won’t win itself.

Bet Amounts – Betting begins at 20p per pay line, meaning spins can cost just 20p with one line in play or up to £3 per spin with all 15 lines in play. Make sure you have amended your lines before hitting spin.

Wild Symbol – The major millions logo is your wild and substitutes for all other symbols except the scatter. It is also your jackpot symbol too, so get 5 of these on an active pay line and you will win 8,000 coins. But get 5 on the 15th pay line and you will win the progressive jackpot at the top of the screen. Any win that is completed by a wild will also be tripled.

Scatter Symbols – Your scatter symbol is easily identifiable by the word scatter surrounded by gold coins. Any win with scatters on the reels will have the relevant win added to the pay line win, as shown below: 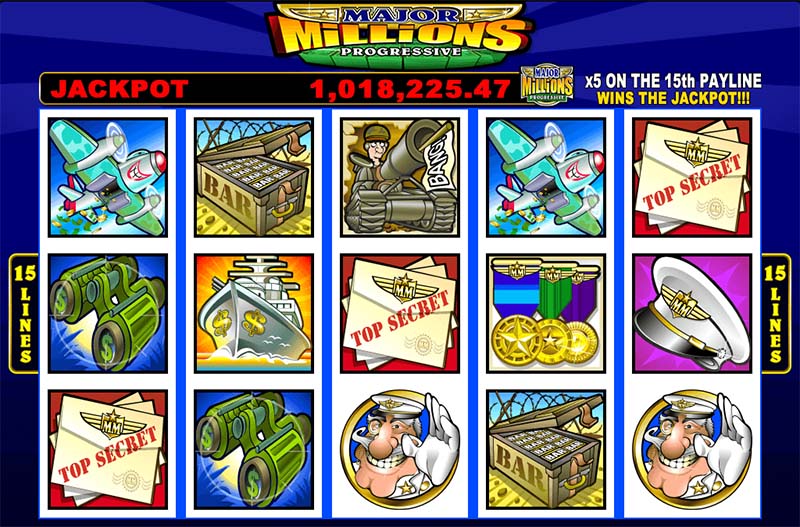 Other Symbols – Other symbols within the game are depicted by military paraphernalia such as a box of ammo, a tank, a fighter plane, medals and even the major himself makes an appearance.

Progressive Jackpot Feature – Who doesn’t love the excitement of a progressive jackpot? Land 5 of the wild symbol on pay line 15 and you will win the progressive jackpot, which is ticking over at the top of the screen. Remember the pay line needs to be active for you to win the jackpot on Major Millions, so you must be playing with all 15 lines to be in with the chance of winning it.

Aside from its outdated graphics we have a lot of love for this version of Major Millions. Its predecessor being a 3-reel slot and a newer version which includes a 6×3-reel slot screen. But for us we really enjoyed the 5-reel version and think you will too. Let’s not forget that amazing RTP of 89% which in itself is reason enough to get playing.