Most betting people love the races, well now you can bring that excitement with you wherever you go. Obviously Boku Slots much prefer this kind of racing, no need for fancy hats or posh suits, just you, the races and your pjs. This game hails from the team at Eyecon, so let’s see if their game Past the Post can race into the lead and leave other game designers in the stalls. 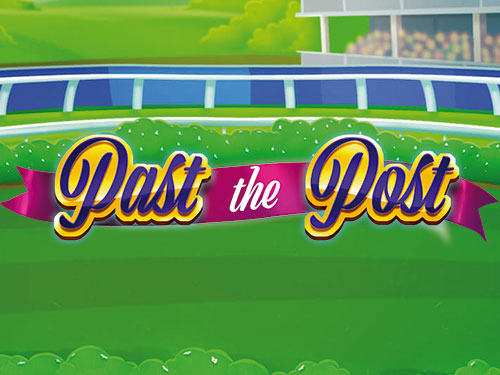 Play Past the Post on any of these top casino sites;

Past the Post is a 5-reel, 243 way to win slot offering an impressive 95.2% RTP to players who are feeling brave enough to race. It is set against the backdrop of a race ground that’s almost reminiscent of Aintree or Ascot, lending a real feel to the game. That’s about as real as it gets though as the symbols are quite cartoon like with various jockeys, punters and horses. The soundtrack is very tinny in its approach, with cheering and music applied as a win is made.

Bet Amounts – Betting begins at just 25p per spin and can be increased to £50 per spin, making it quite an affordable day at the races all round. It is easy to amend your bet, simply click on the coin icon to the left of the spin button, then just choose up or down to increase or decrease.

Wild Symbol – A golden trophy is your wild symbol and it will substitute for all other symbols except the tote scatters. The wild will only appear on reels 2, 3 and 4, and it will double all line wins that it is part of forming. 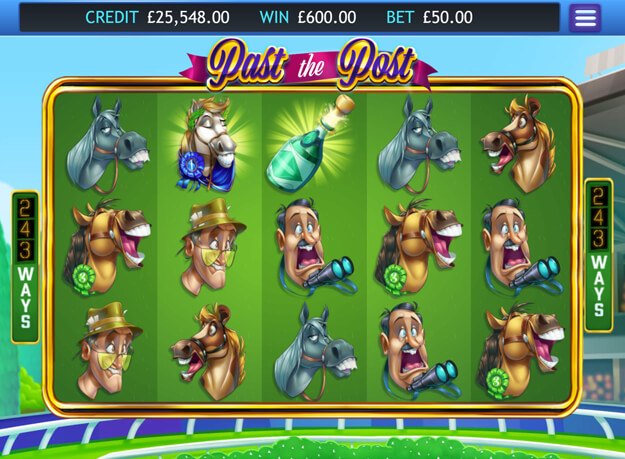 Scatter Symbols – Bulging with cash, ready for you to take home is the tote bag of your dreams and it is your scatter symbol in Past the Post. Land 3 or more tote scatters and you will trigger the bonus spins feature. It is also your highest paying symbol offering 50x coins for 5 on a winning line.

Bonus Spins Feature – As you have read above, just 3 or more tote scatters are needed to trigger the bonus game in Past the Post. You will be taken to a screen and given a choice of options as follows, so pick wisely:

You will be happy to know that despite this being the only bonus, it can be retriggered during the feature and a fresh choice is given on each retrigger of the game. Not only that, but it can be retriggered up to 15 times consecutively. This could prove to be a potentially big win scenario for players. If you are lucky enough to retrigger the bonus feature in Past the Post, then a counter will appear in the corner of the screen telling you how many times you get to replay. At the end of the round, you will be taken to the choice screen and you start your next round of spins, until you run out and are returned to the base game.

It’s easy to understand why game designers choose this kind of theme, as horse racing is very popular in the UK and the rest of the world. Why not bring it right into the palm of our hands as well? Eyecon have done great things with Past the Post, though it is missing an extra feature or too just to make it a bit more entertaining. Until you get into those bonus spins rounds it gets a little bit monotonous as there isn’t much else happening. But if you can stick it out until the feature kicks in, then you are going to be well rewarded.

June 2, 2019 Boku Slots Comments Off on Vampire: Princess of Darkness