Don’t mistake this game for its twin, yes there are two versions of Justice League running around. However, Boku Slots found this version to be much more geared to the hardcore movie fans, than the other which is rather comic book looking in nature. Playtech is well known for taking movie themes and turning them into great slots, so let’s see how they have done here. 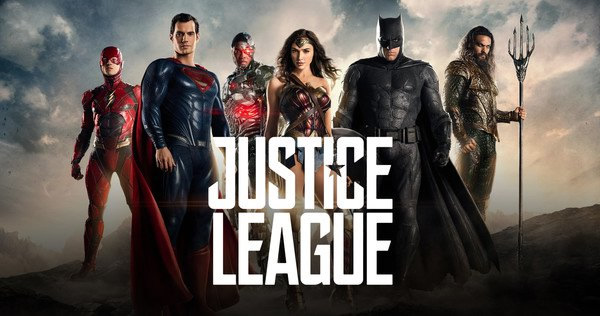 Play Justice League on any of these top casino sites;

Justice League is a 5-reel, 40 pay line slot offering a super 96.3% RTP for players. The game is based on the movie and symbols include Superman, Wonder Woman, Batman, The Flash, Cyborg and Aquaman. Now that you are well acquainted with the superhero’s, let’s get to know the game shall we.

Bet Amounts – Betting on Justice League begins at just 40p per spin, or it can be increased to a huge £2,000 per spin! Be sure to have changed your bet amount according to your balance and pocket. Otherwise you could end up spending a fair bit of your balance quite quickly.

Wild Symbol – A shield with the Justice League logo is your wild symbol and it will substitute for all other characters except the scatters. It also doubles up as the highest paying symbol offering 700 coins for landing 5 on a winning pay line.

Scatter Symbols – Whilst there is just one scatter symbol in Justice League, it comes in three different colours. It’s a red, gold or silver looking box and if found on reels 1, 3 and 5 it will trigger the bonus spins game.

Super Hero Respin Feature – At any point during the game, you may notice that the lower right-hand symbol on the reel is engulfed in a flaming red frame. This is the feature frame and if you land a superhero in this frame, it will turn any other matching hero wild and give you a respin of the reels. This can be retriggered if you are lucky and it means you may end up with multiple heroes turned wild.

Bonus Spins Feature – Wanting to keep things different Playtech have added a little twist to the Justice League bonus spins. Once you enter the feature you will see each of the 6 superhero characters on screen. The Flash is the first to unlock and each time you trigger the feature, a new hero will unlock offering different variants on the spins and bonuses received as shown below:

On top of all of that if you land 2 scatters anywhere on the reels during the bonus spins, you will be awarded 3 extra spins except in the batman and superman games. Land 3 scatters and you will retrigger the entire bonus spin game again, except the superman and batman.

DC Superhero Progressive Jackpot Feature – This is going to be the one you really want to land. Triggering randomly, the DC progressive Jackpot offers four potentially big wins for you to try to claim. There is the mini, minor, major or grand jackpot on offer and all you need to do is reveal four matching symbols. Click the icons on the screen and as soon as you have 4 symbols that match, then you have won the correlating jackpot to the coloured symbols you have got.

Whilst this Playtech game doesn’t have a tonne of features like their past offerings, that doesn’t really matter. Justice League plays well and pays even better, and the wins come fast and often. Once you get into the features though that’s when it really gets interesting, especially the Batman bonus spins.