Ancient Egypt is a huge draw for treasure hunters, with all the Egyptian gold buried beneath the pyramids. But IGT have gone one step further in their quest for the treasure below and created Pyramidion. Read on below to see whether this virtual trip to the desert will garner some rich rewards, or will it fall foul of the mummies curse? 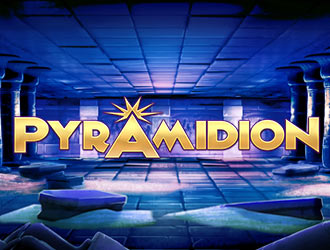 Play Pyramidion on any of these top casino sites;

Pyramidion is a 5-reel, 20 fixed pay line slot offering players an RTP of 94.39%. Your reels spin transparently against the backdrop of the pyramids found in Egypt. It’s a beautiful day for treasure hunting in Pyramidion with the sun blazing down as the reels spin, there’s no sun cream required here though thankfully!

Symbols range from the usual playing card icons, up to Egyptian emblems such as the scarab and snake. High paying symbols are depicted by the blue pyramid, scarab, snake, purple flower and green flower. Lower paying symbols are the A, K, Q and J, decorated in bright colours and edged in gold to tie in with the other symbols. In the background you will hear a tune playing that is very Egyptian in sound and makes you feel like you are right in the heart of the city.

Bet Amounts – Betting on Pyramidion begins at 20p per spin and can be increased up to the maximum of £200 per spin. There is only the one item to amend here and that is the total bet amount found in the bottom centre of the reels. Use the plus and minus symbols to increase or decrease the total bet and once you are happy hit spin.

Wild Symbol – Your wild symbol in Pyramidion is the word wild coloured in red and edged in gold. It will substitute for all other symbols except the scatter and the three bonus symbols.

Scatter Symbol – A stone coloured pyramid is your scatter symbol in Pyramidion and landing x2 or more will trigger the respin modifier feature for you.

Bonus Symbols – There are three bonus symbols in Pyramidion just to keep you on your toes. The first is the word Bonus in red and edged in gold, and then there are the two mystery symbols known as tomb symbols. They are depicted by the actual words describing them on top of gold slabs. These symbols work in conjunction with each other to trigger your bonus spins feature. You need to land x2 bonus symbols on reels 1 and 3 and x1 of either tomb symbol on reel 5 to trigger the relevant spins feature. Read on further to find out how the two mystery symbols trigger a specific feature, depending on which one is activated. 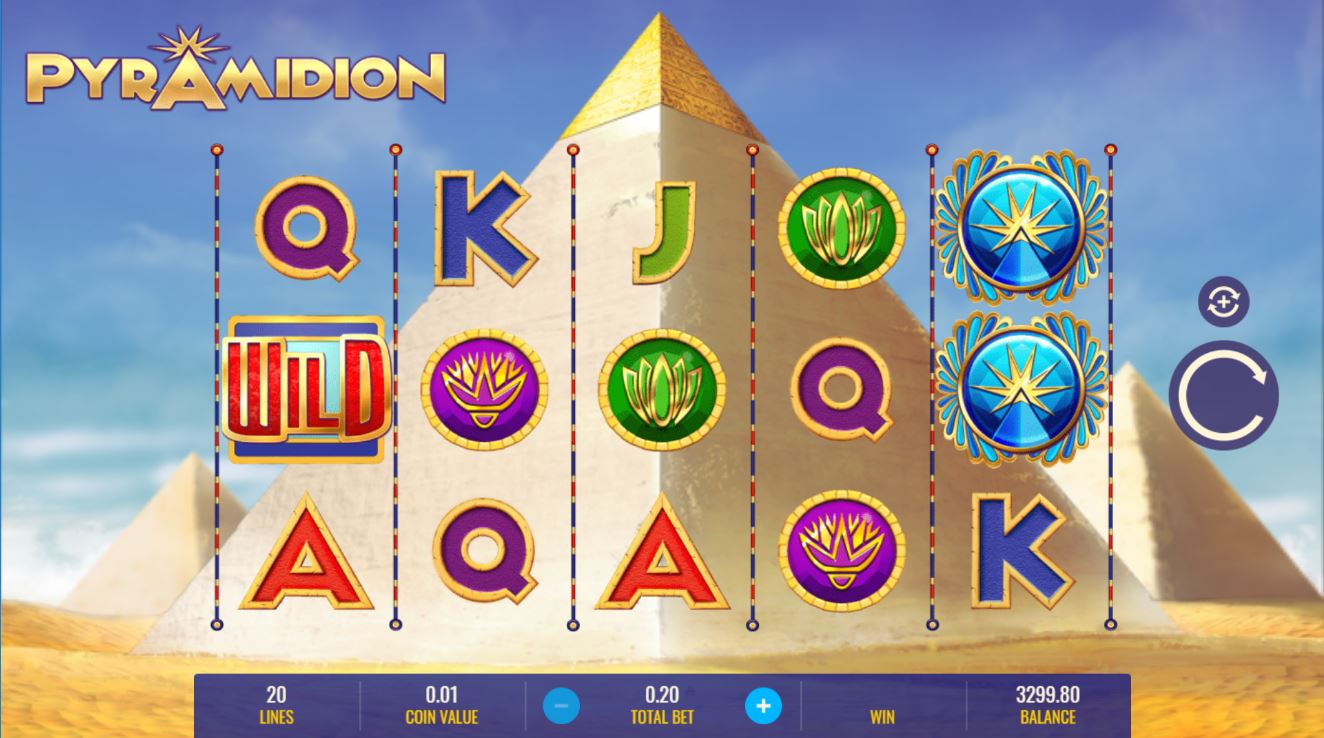 Respin Modifier Feature – Having landed two or more of the pyramid scatter symbol on the reels, you will trigger the respin modifier feature. You will be awarded one of the four modifiers shown below for one respin of the reels.

Bonus Spins Feature – In order to trigger either of the bonus spin games you need to have landed the red bonus symbol on reels 1 and 3, and one of the mystery symbols on reel 5. Once you have, you will trigger either the tomb of mystery or the tomb of power spins features as shown below.

Pyramidion is a game that you will want to spin time and again. It is easy to play and there are lots of opportunities for wins, thanks to the numerous scatters and bonus symbols in play throughout the game. Main game wins come fairly often too, meaning even if those features didn’t trigger you would still find reason to play. We loved the way the feature games change the scene too, giving the eyes new things to look at such as the inside of a tomb. This is a great ploy on the designers part to keep things fresh and interesting, which can sometimes be lacking in a lot of slots. No such thing as being bored with IGT’s Pyramidion though and we can see why it has proved popular with players across the board.