Atlantis is a well know tale and a popular theme for slot developers in general. So it won’t surprise you that NetEnt have used their fantastic design skills to create their own version, with the Secrets of Atlantis. If you ever wondered what treasures could be found under the sea, now is the time. 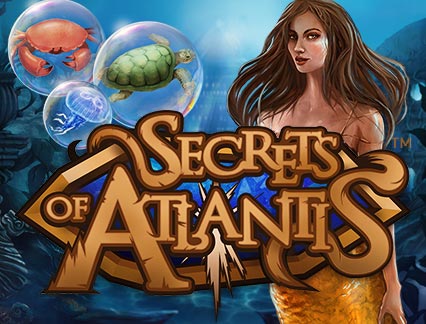 Play Secrets of Atlantis on any of these top casino sites;

Secrets of Atlantis is a 5-reel, 40 fixed pay line slot, offering a tidal wave of an RTP at 97.10% for all who dive beneath the waves. Symbols on the reels seem suspended in the sea, with creatures held in bubbles and treasures floating freely as the reels spin against the Atlantis backdrop.

Bet Amounts – Betting begins at 20p per spin and can be adjusted up to a maximum of £40 per spin. The bet amount can be changed by amending the sliders on the bet level to the left of the screen and the coin value to the right of the screen.

Wild Symbol – Your wild symbol is a mermaid and she will appear stacked on any reels. She will substitute for all other symbols to create wins wherever possible.

Other Symbols – All the symbols in Secrets of Atlantis are sea related, these include an Oyster, Jellyfish, Turtles, Crabs, Red, Green and Blue gems. There is no scatter symbol here, so your highest paying symbol is the Oyster with a pearl. It offers x400 coin win for landing 5 in a winning combination. 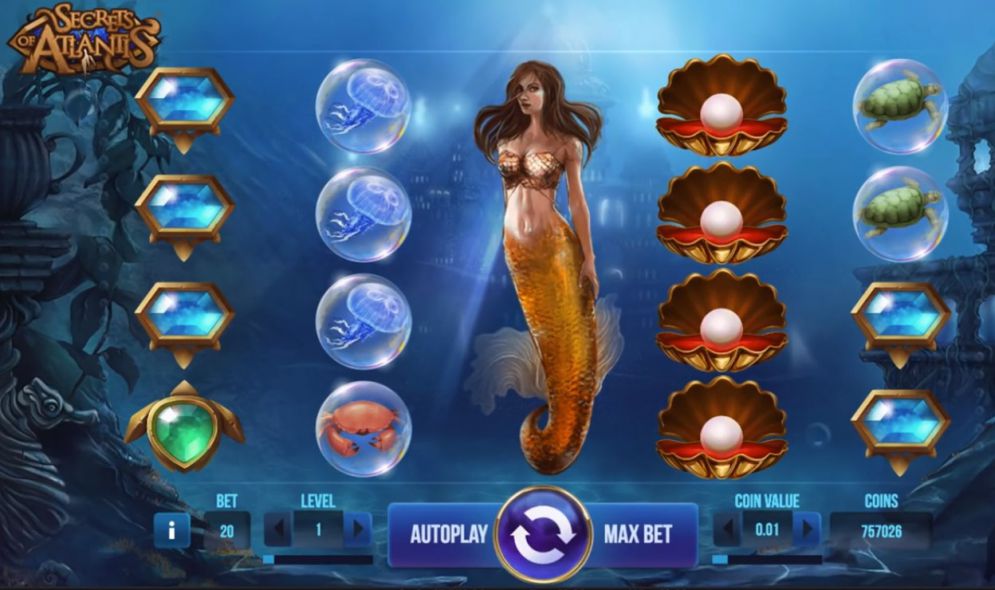 Nudge Wild Feature – Secrets of Atlantis hold two very interesting features, and this is the first. Should your Mermaid wild symbol land on a reel and only be partially in view, she will be nudged either up or down to cover the full reel. This will help to complete more winning combinations than if the partial was left in view, so watch out for this happening.

Colossal Symbols Respins Feature – You will see as the reels spin that reels 2, 3 and 4 are occasionally highlighted in what appears to be a white lace effect. If you land all three central reels in a highlighted state, you will trigger the colossal symbols respin. The three centre reels will change into giant 3×4 symbols and respin once. This will in turn generate one rather large win for you, but should you manage to land three more lace centre reels you will trigger it again and again. All symbols within Secrets of Atlantis can be turned colossal, including the mermaid wild too.

Although the lack of a scatter symbol would appear on the face of things a huge mistake, we find that Secrets of Atlantis works even better without it. The nudge wild and colossal spins make for a very eventful game, as wins are created faster here than in other games we have played before. So, if you are ready to dive beneath the waves and swim with the fishes, then we would highly advise NetEnts Secrets of Atlantis, for all experience levels.