It’s a tale as old as time, the original beauty and the beast, and not the one we’ve come to know and love. This one is the war between the ageless beauty of the vampire clans and the beastly werewolves. Now you can watch a new part of this battle unfold before your very eyes, in the Amaya Gaming slot named Vampires vs Werewolves. 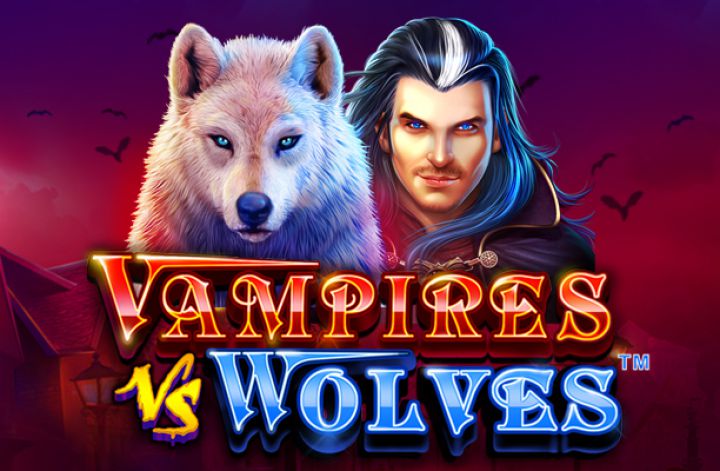 Play Vampires VS Werewolves on any of these top casino sites;

Vampires VS Werewolves is a 5-reel, 20 fixed pay line game offering an RTP of 98%. The battle between Vamps and Wolves takes place in a dark forest and the reels are set in some sort of black carved stone. Even the symbols are dark and ominous including images of battling vampires and wolves, as well as various instruments of torture such as garlic and silver bullets.

High value symbols are the garlic clove, silver dagger, holy bible and silver bullets, with lower paying being the A, K, Q and J symbols. In the background there is an equally gloomy and spooky sounding track playing along, complete with howling wolves and shrieking voices. Just what you need to relax with after a hard day’s work don’t you think?

Bet Amounts – Betting on Vampires VS Werewolves begins at 40p per spin and can be increased to a whopping £500 per spin. The bet amount can be adjusted by changing either the bet value or the coin level, which are both found to the left of the spin button. Use the arrows on either side of the bet value to increase or decrease that section, and then choose the buttons numbered 1 – 5 to change the coin level. Once you are happy with the bet that is on screen, you can just hit spin to get back to playing your game.

Wild Symbol – A vampire girl is your wild symbol and she will land anywhere on the reels. The vampire wild will substitute for any other symbol in the game, except the scatters and the bonus symbols.

Scatter Symbols – There are two scatter symbols in Vampires VS Werewolves, and they are depicted by a male vampire and a male werewolf. You will need to land the vamp scatter on reel 1 and the wolf scatter on reel 5 in order to trigger the scatter bonus feature. Read on below to find out how that is going to work for you.

Bonus Symbol – Your bonus symbol is a single image depicting a fight between a werewolf and a vampire. These will land only on reels 2, 3 and 4, and if you land x3 or more on those reels you will trigger the board game feature. 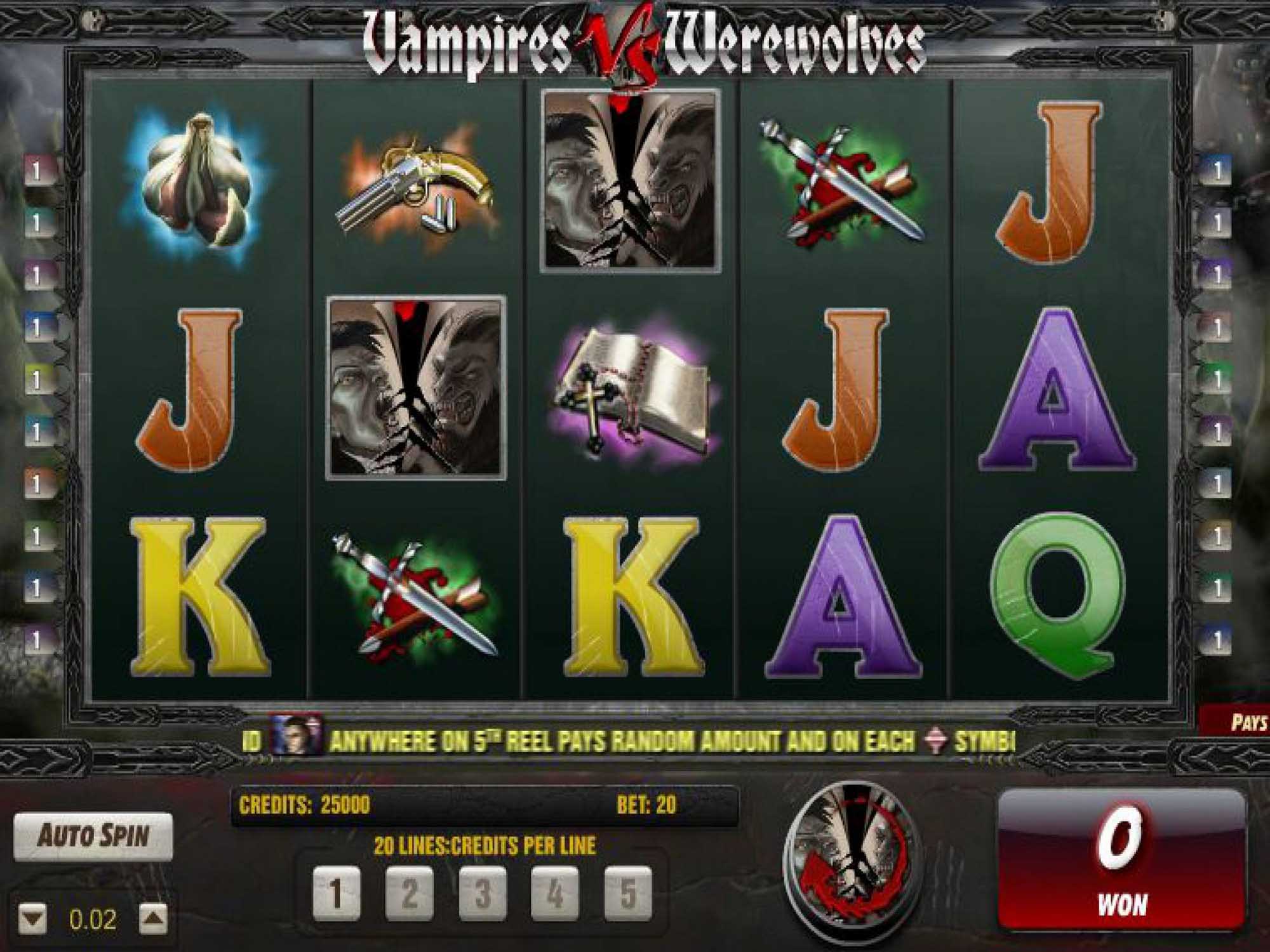 Vampires VS Werewolves Board Game Feature – If you manage to land three of the bonus symbol on reels 2, 3 and 4, then you will enter the Vampires VS Werewolves board game feature. You will be taken to a fresh screen and given the choice of picking your player, either the vampire or the werewolf? After making your choice you will be taken to the board game to play the feature, which involves rolling the dice to move your player along the board. Prizes will be accumulated as you make your way around the board, however there are things you need to be aware of. Land on a space that says ‘stopper’ and your game is over, land on a ‘lifesaver’ space however and it will give you immunity from the stopper space just once. The further you move across the board game the bigger the prizes become. There is no way to retrigger this feature game from within due to the nature of the game, but if the dice roll in your favour it can go on for some time.

Vampires VS Werewolves is quite a slow game when it comes to playability and overall excitement. Main game wins can be hit or miss without considering the scatter bonus, which could have proved to be a huge turnoff for us. However, what kept us playing was the scatter bonus feature which triggered quite often. It actually triggered more than the board game feature, which is a shame as that was super fun when it did activate.

Overall Vampires VS Werewolves has a little more to offer than we first thought, and it did deliver on some aspects but not all. That’s a shame considering this is one of our favourite genres. It is definitely one you should be checking out once in a while, because it’s easy to play and there are some nice wins to be had, but not one we would spend too long playing.