Whilst most of us have a pre designed idea of what Vikings look and act like, there is nothing that can prepare you for the characters in this next game! Viking Quest was designed by Big Time Gaming and they have gone in the opposite direction, with this pretty fun and colourful slot game. 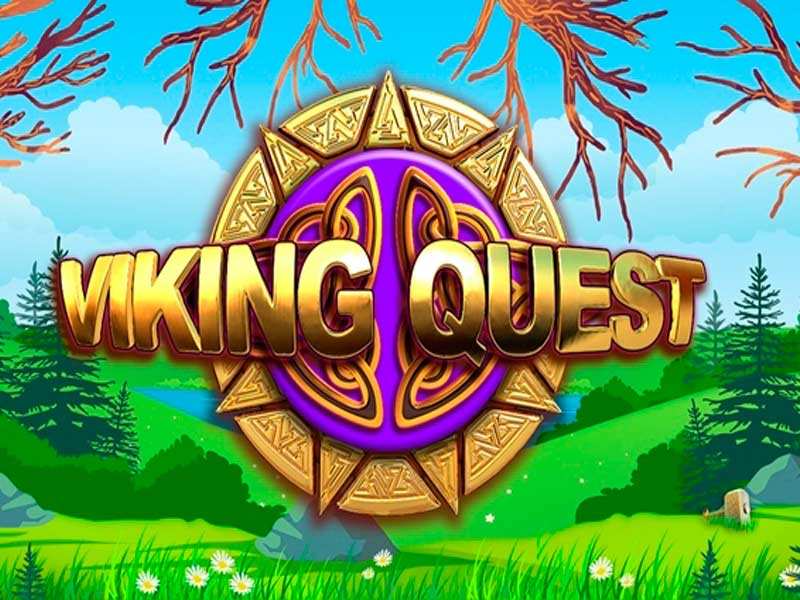 Play Viking Quest on any of these top casino sites;

Viking Quest is a 5-reel, 40 fixed pay line slot that offers wannabe Vikings a loot worthy RTP of 96%. As opposed to a looted village or warring long ships, your background is a serene forest complete with tweeting bird sounds! Not quite the Viking themed game you were imagining we suppose? It gets better, the symbols are all cute and quirky instead of dark and slightly on the scary side as a Viking should be. Higher value symbols are shown by a jester, a green haired Viking and what looks like Thors hammer. Lower value symbols are represented by a shield, a brown haired girl and a boy with a Viking helmet on.

Bet Amounts – Betting on Viking Quest begins at 40p per spin and can be adjusted up to the limit of £40 per spin only. In order to change your bet, use the symbols on the left of the bet amount to change the stake per line until you are happy with the total bet shown.

Wild Symbol – A red square with the word wild on is your Viking Quest wild symbol. It will substitute for all other symbols except the three scatter symbols. The wild is also the highest paying symbol in the game, offering a huge x1000 your bet amount for landing 5 or more on a winning pay line.

Scatter Symbols – As mentioned above Viking Quest has 3 scatter symbols in play. A treasure chest, a fish and the bonus spins symbol. Land just one or more of any of the three scatter symbols anywhere on the reels to trigger its relevant bonus game!

Mega Icon Feature – In Viking Quest as the reels spin, you will on occasion see that some of the reels have increased in size. These are the mega icons and they are either going to be a 2×2, 3×3 or 4×4 position symbol. Landing a full or a part mega icon can help contribute to wins, of course the more of the icon on the reel the better. Plus, any symbol in the game can randomly become a mega icon including the wild and the scatters!

Going Fishing Feature – Land one or more of the fish symbol anywhere in view to trigger this feature. The more symbols you land the more chances you are given in the actual mini game itself. For each fish symbol you land you are awarded a cast of the fishing reel in the game, so the more fish symbols the better. You will then be taken to a new screen where the green haired Viking is sat in a fishing boat. You will get to cast your line into the sea to catch the fish below. The further down you get your line the bigger the prizes, so it’s all about timing here. Either way you still come away with a prize of at least x80 your win which isn’t so bad now. 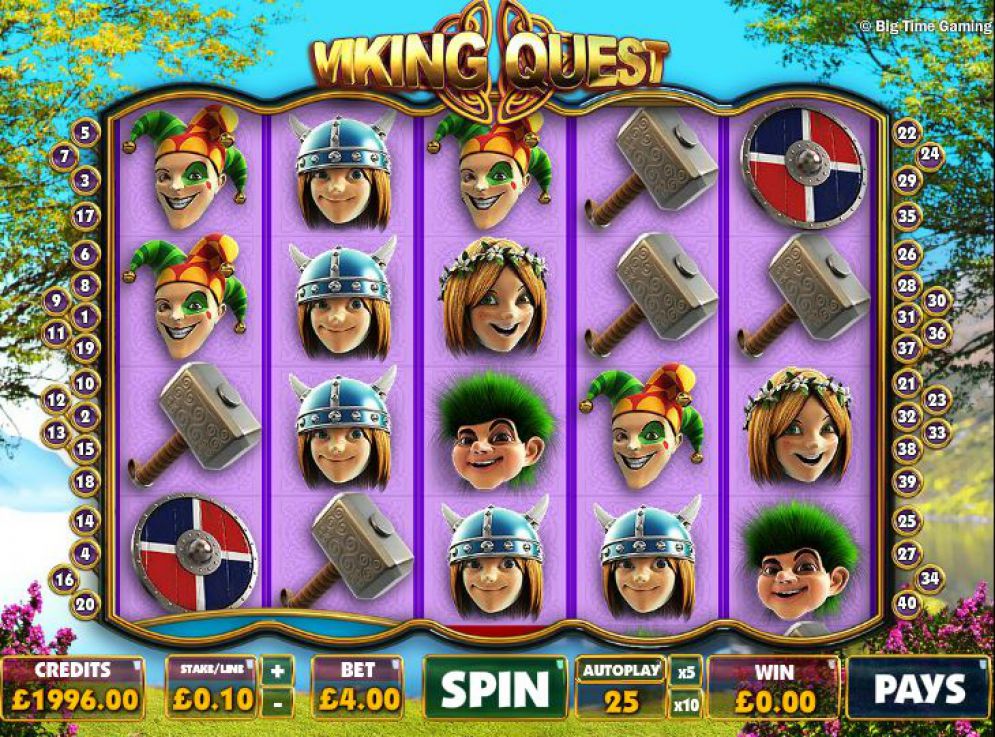 Bonus Spins Feature – Again as with all the scatter symbols you only need one bonus spin symbol to trigger the game on Viking Quest. However, the more symbols you have on screen the better, as each one will only award a single spin to the feature. This means if you only have one symbol you will only get one spin, but if you have 5 symbols then you get 5 spins and so on up to the maximum of 16 spins. Once you begin your bonus spins round reels, 2, 3, 4 and 5 will all contain just mega icons, meaning if you manage to land a matching icon on reel 1 then you are in for some great wins. You can retrigger the spins round and the treasure chest and fishing scatter symbols are also in play here too. If you land either of these symbols then your spins will be held whilst you play the other feature, you will then return to the spins where you left off.

Viking Quest was quite a surprisingly good game to play, despite all the original misgivings surrounding the theme. What we really liked about the game is that it only takes one symbol to launch any of the three scatter games, which is quite a twist on how things normally work! The only downside to this is that although they do trigger often, you usually only have a few chances at the relevant game. For example, more often than not when we triggered the bonus spins we only landed 2 or 3 spins at any one time. The same applied to the fishing game meaning we had on average about 4 chances to cast the line into the sea. With all that being said, the multipliers in both the fishing game and the treasure chest are quite high and this more than makes up for it.