The lure of the desert and the treasure that lies beneath, is tempting for many adventurers and of course slot developers everywhere. This next game is based on one of the more famous deserts and was created by Microgaming. Loosely based on the nomadic tribes that live on the desert plains, this slot offers an interesting bonus spins feature combined with creative graphics. It is time for us to get the sand in our toes as we experience the Magic of Sahara! 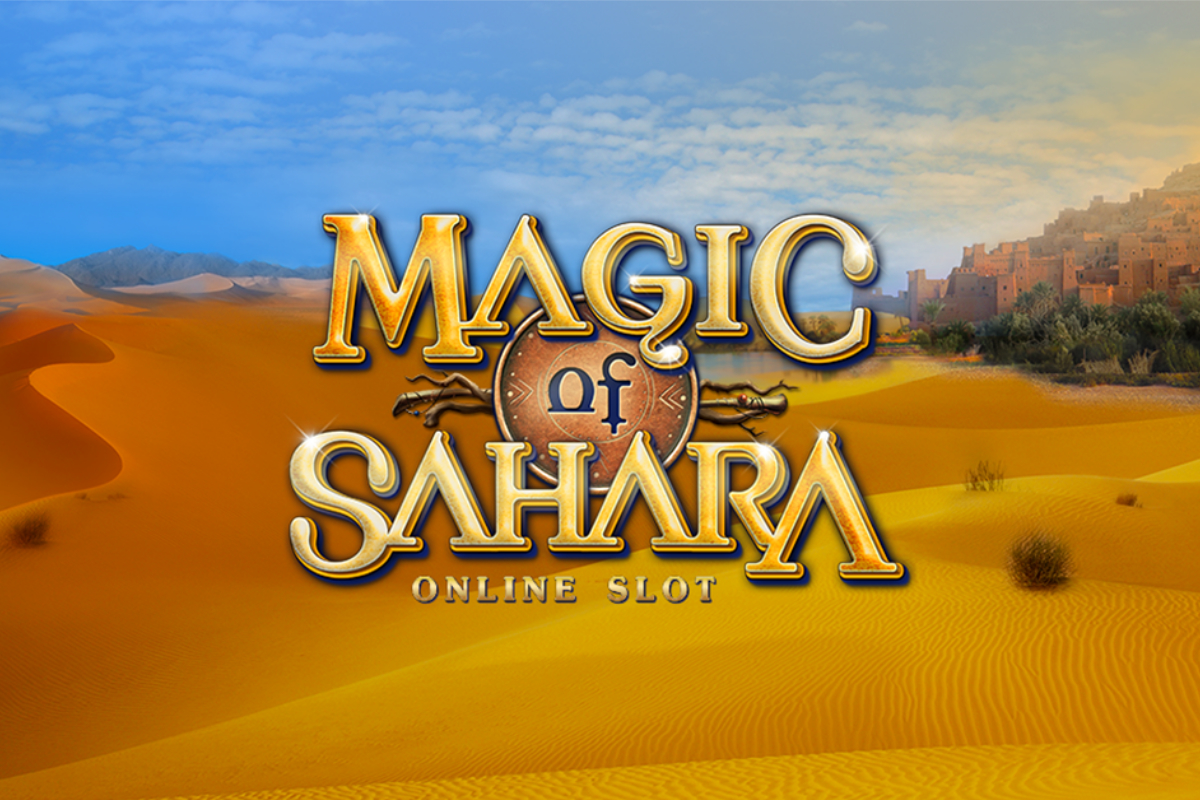 Play Magic of Sahara on any of these top casino sites;

Magic of Sahara is a 5-reel, 9 fixed pay line slot that offers players an RTP of 95.29%. As you enter the game you can see a Saharan village off to the right of the screen and the vast expanse of the desert beyond it. The reels spin transparently above the desert and are filled with beautifully drawn characters and card symbols. As your reels spin there is a mix of sounds, the first is a low relaxing tune which is in effect once the reels have settled into position. The second is a fast-paced Egyptian sounding tune, making you feel you are right in the heart of the town.

Bet Amounts – Betting begins at just 9p per spin and can be raised to £45 per spin. To amend the bet click the stack of coins you can find to the left of the spin button. It will expand and show you a spinning reel with all the bet options on. Simply move the reel until you find your desired amount, or click the minimum or maximum bet choices to go straight to the 9p or £45 options.

Wild Symbol – Your wild symbol is the Magic of Sahara game logo and it will substitute for all other symbols except the scatter. Wild symbols appear stacked in the base game on reels 3 and 4, but in the bonus round they appear on all reels.

Scatter Symbols – A bowl of jewels is your first scatter symbol and also one of the two ways to trigger the bonus spins feature. To trigger the feature via the scatter you will need to land three of the scatter symbols anywhere on the reels. Your second scatter symbol is an old man, he will land as an overlay on top of the lower paying symbols at random. When he does appear, he will award a token which will be added to the chain above the reels. Collect all 25 tokens and be taken immediately to the bonus spins round. 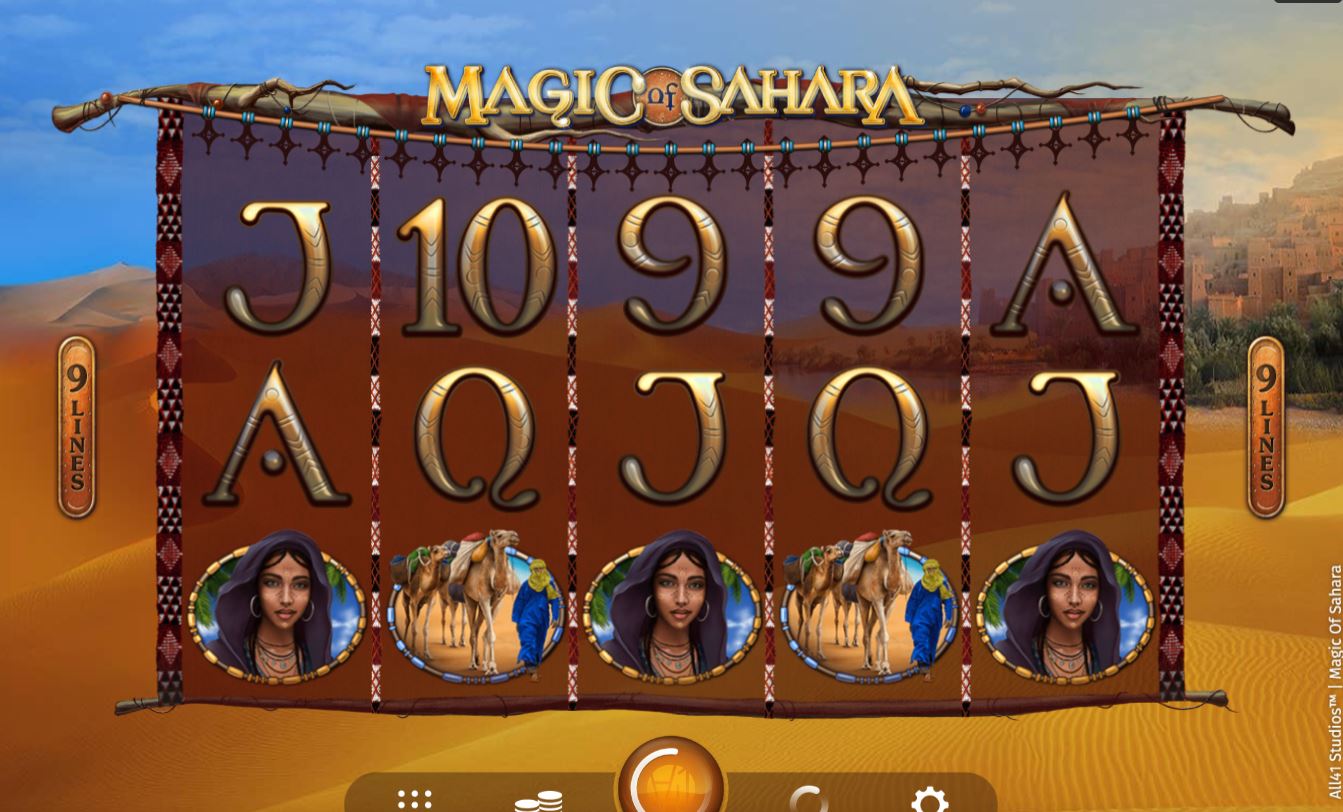 Other Symbols – Magic of Sahara is filled with understated yet well drawn images including characters and card symbols. Higher value symbols are depicted by the three character symbols, male, female and the villager with the camel. Lower value symbols are depicted by the A, K, Q, J, 10 and 9 symbols, which are designed to look like ancient script work

Bonus Spins Feature – To enter the bonus spins feature you need either x3 scatter symbols anywhere in view, or a full chain of 25 tokens. The spins you are allocated is dependent upon which way you triggered the feature to begin with.

If you triggered it by landing the required three scatter symbols, then you will be awarded a spin for every token that is present on the chain at that point; plus an extra five. If you trigger it by filling the chain with tokens, you get 25 spins upon entering the round. During the round all wins are awarded a x2 multiplier and the wild symbols will appear stacked during the bonus round only.

Magic of Sahara is an epic game despite only having one feature and we love that there are two ways to trigger it. Microgaming always try to come up with new and interesting ways to keep things fresh for their players and the dual entry option is just one of those ways. The only downfall is that the bonus round can’t be retriggered from within, but the saving grace of the game is that it does trigger from the base game more often thanks to the dual entry option. There are plenty of chances to bag some wins during the main game, but the bonus is where the big money can be found. Even the theme tune playing along can’t be downplayed, moving from fast paced to relaxing as the reels spin and stop. It is obvious to us that Microgaming designed Magic of Sahara to be simple, enjoyable and easy to play and that shows within the first few spins.

August 6, 2019 Boku Slots Comments Off on Dwarf Mine