Yggdrasil Gaming are well known for taking a cultural theme and creating an epic homage in the form of a slot and this next one is no different. Let us head to the deep green jungles of the rainforest and seek out the Aztec ruins that form the basis of Big Blox and see what’s in store. 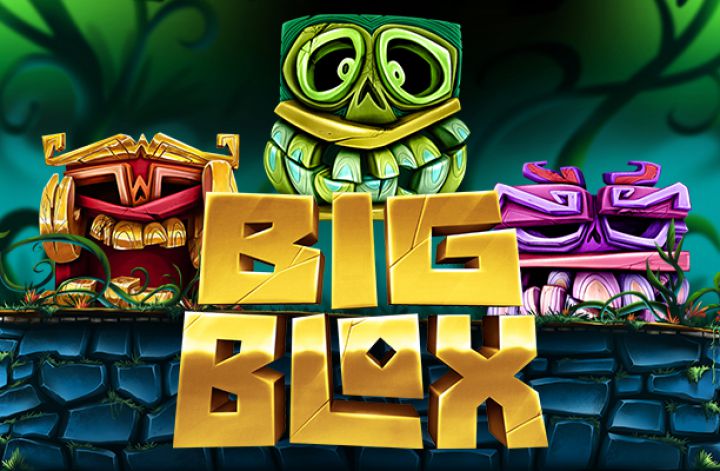 Play Big Blox on any of these top casino sites;

Big Blox is a 5-reel, 243 ways to win slot offering jungle goers an RTP of 96.2%. Set inside what looks like an Aztec ruin, the game takes inspiration from the idols and hieroglyphs that adorned the temple walls of old. There is a jaunty musical track playing along as the reels spin, which is actually more enjoyable than we expected it to be. The four higher paying symbols are the red, purple, green and blue idols, with the lower value symbols being the heart, spade, club and diamond card suits; which have been given an Aztec twist.

Bet Amounts – Betting begins at 25p and can be raised up to the limit of £100 per spin. You will see the section named coin value to the bottom left of the screen. Here is where you will amend your bet amount by adjusting the plus or minus symbols on either side.

Wild Symbol – A huge gold idol is your wild symbol in Big Blox, and it will only appear on reels 2, 3, 4 and 5. It will substitute for all symbols in the game and is also available as a Big Block too which you can read more about below.

Scatter Symbol – There are no scatter or bonus symbols in Big 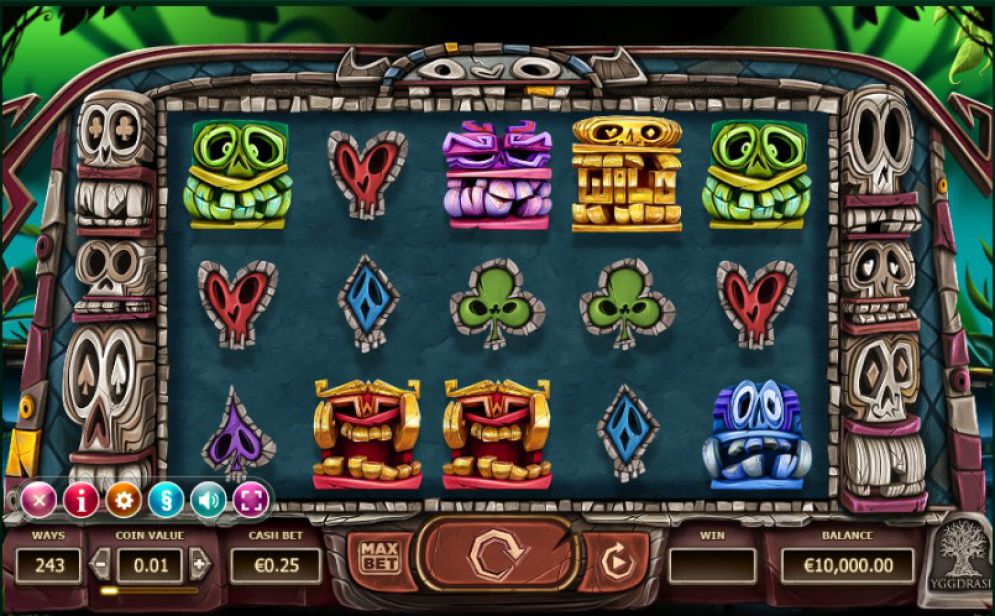 Blox, but don’t let that put you off. Instead Yggdrasil Gaming have opted for a different kind of feature, which takes its name from the games title and should give you a hint as to what it does!

Big Blox Feature – Now, with it being the only feature you will be wanting something epic of course, and we don’t think you will be disappointed. Your Big Blox feature doesn’t need to be triggered as it occurs on every single spin in the game.

On each spin you will see a golden frame appear around a set of symbols, ranging from 2×2 in size to 5×3 in size. Any symbols that land inside that frame will transform into one larger symbol. Now this can work for you in two ways. The first is that if the big block matches other symbols on the reels and it can potentially form multiple winning combinations. But, if the block is big enough then you may be lucky enough for it to create a winning combination all on its own, with no help from any other symbols! On top of this there is a secret multiplier, however many symbols included in the winning combination will become your win multiplier too! So, if there were four symbols in the win your prize is multiplied by 4, if there was 7, its multiplied by 7 and so on.

Big Blox is certainly one of Yggdrasil Gaming’s less complex games to get your head around and for that we are grateful. The feature is active on every single spin and this in turn can prove to be quite a profitable thing for players. Really big wins don’t happen as often as you would think, however they do occur and usually when you land those 5×3 big blox frames on the reels.

Planet of the Apes

September 5, 2018 Boku Slots Comments Off on Planet of the Apes