The Village People need no introduction, but now they have made the move to the slot world they are about to dominate. Microgaming would like to invite you to the dancefloor and disco the night away in Village People: Macho Moves. Get ready to party on with disco tracks and flashing lights, all the while spinning those reels and hopefully winning some cash. 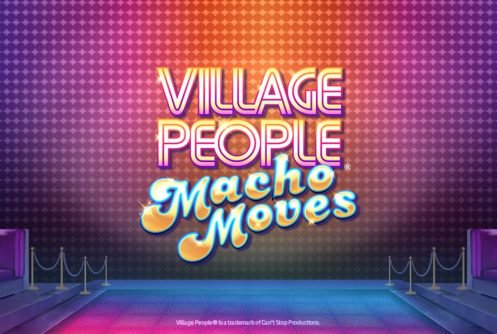 Play Village People: Macho Moves on any of these top casino sites;

Village People: Macho Moves is a 6-reel, 15 fixed pay line slot offering budding dancers an RTP of 96% to get their groove on. As you enter the game you will be introduced to each of the members of the Village People, who are stood on podiums above the reels. As for the reels, they are set as if inside the club with the reels spinning transparently above the dancefloor. Speakers, flashing lights and a jukebox at the side of the reels filled with songs, all add to the exciting theme surrounding the game. High paying symbols on Village People: Macho Moves include a microphone, cassettes, records, sunglasses and platform shoes. Lower paying symbols are depicted by the club, heart, spade and diamond playing card symbols. You can choose which track plays whilst you spin the reels from the jukebox at the side of the screen. Choose from YMCA, Macho Man, In the Navy, Go West and Can’t Stop the Music as you play. Bear in mind though these aren’t the actual tracks, just similar beats to spin the reels by.

Bet Amounts – Betting begins at 20p per spin and can be increased up to just £25 per spin bringing the Village People: Macho Moves into our more affordable games list. To change your bet, click on the arrow above the bet amount. It will expand upwards and give you two sliders to amend, the coin size and the coin value. Use the sliders to adjust the bet, or hit max bet to go straight to the maximum bet amount. To return to your game just hit the spin button and you are back to getting groovy.

Wild Symbol – There are two wild symbols in Village People: Macho Moves, the standard wild and the VIP wild. Each are depicted by disco balls, a silver one being your standard and a multi coloured one being your VIP wild. Both wilds will substitute for all other symbols in the game and the VIP wild has a special function which we will explain below.

Scatter Symbol – Unfortunately there is no scatter symbol in Village People: Macho Moves, but don’t let that put you off. Instead of a scatter triggering the bonus spins feature, this is now done with the VIP wild symbol instead. 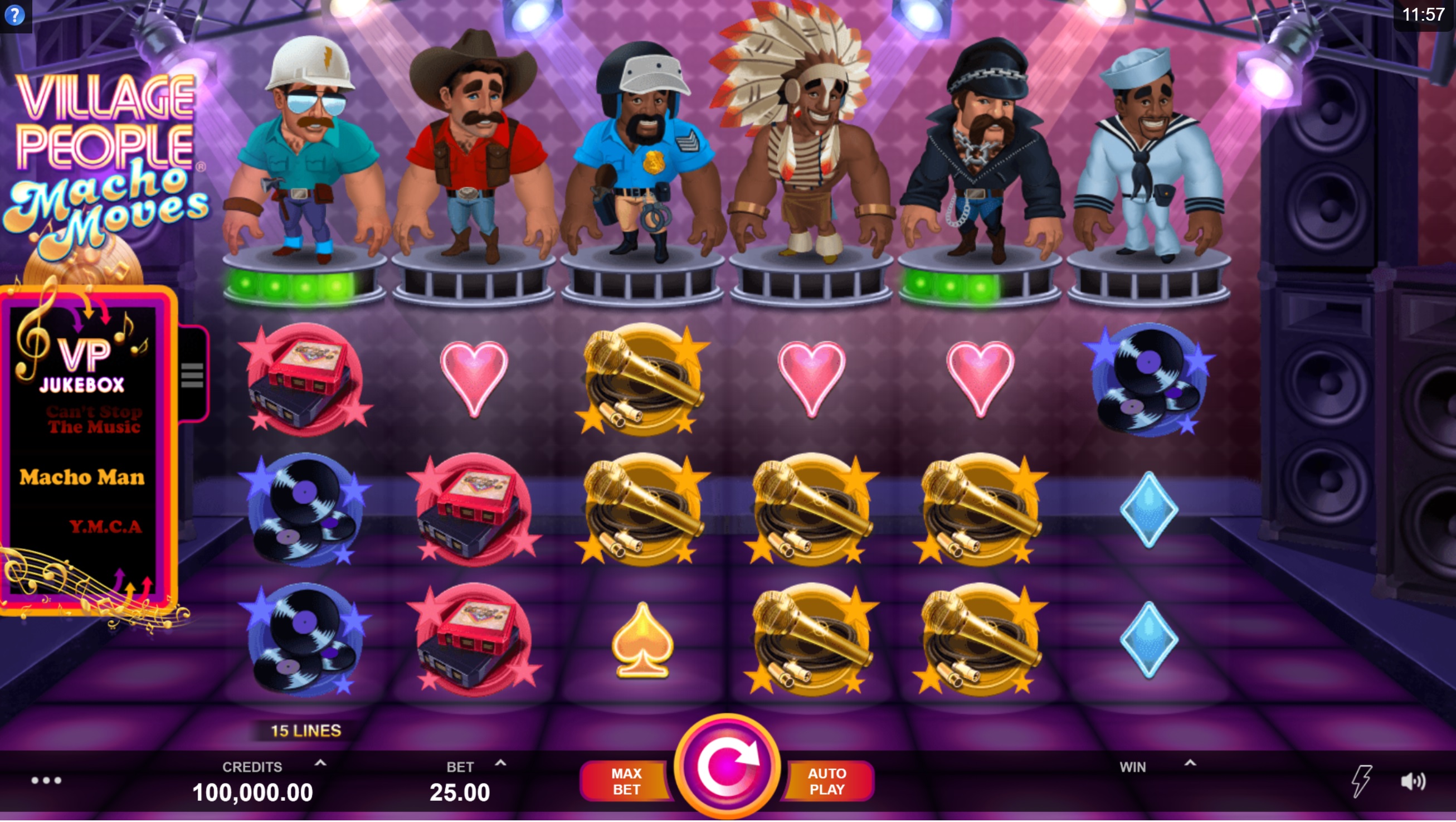 VIP Wild Feature – The VIP wild symbols will only appear on the bottom reel position. However, when it does land it will expand upwards turning the whole reel wild and helping to complete any potential wins. When this happens it also lights up a position on the podium above the reel that it landed. Once all sections on the podium have been lit up in green, the Macho Moves bonus spins feature will be triggered.

Macho Moves Feature – After you fill up a Village Peoples podium by landing enough VIP wilds to light up the platform, you trigger the feature. You will be awarded 5 bonus spins to play through and some extras are awarded depending upon which band members podium was lit up.

The bonus feature cannot be retriggered from within the round, as the VIP wild is only in play during the base game.

With the combination of great tunes, disco lights and lots of wins, Village People: Macho Moves has danced its way into our hearts. Microgaming really hit the nail on the head when they decided to use the Village People and their music as inspiration for a slot game. Main game wins are fast paced and frequent and thankfully so, because it can take a while to get those platforms lit to enter the bonus round. However, it is certainly worth the wait and there is huge potential for big wins within the round.