The words wacky and panda are not two that would normal coexist in this world, but none the less Boku Slots have found a game combing the two. Created by Microgaming and nudging its way into the hearts of players one reel at a time is Wacky Panda! 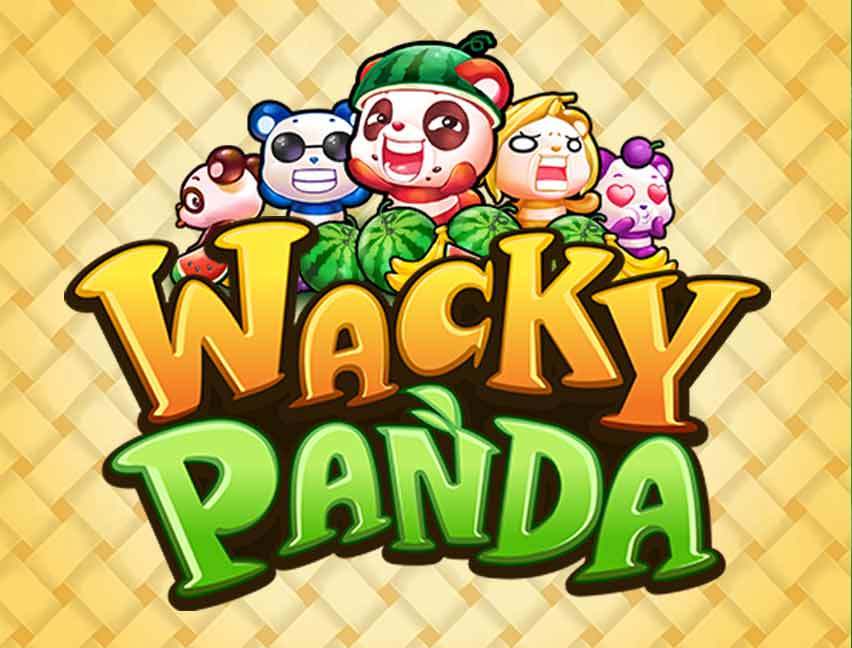 Play Wacky Panda on any of these top casino sites;

Wacky Panda is a 3-reel, 1 pay line slot! Yes, you read that right, just one pay line and an RTP of 96%. We must be crazy you are probably saying, as an RTP that high normally comes with many more pay lines in play? Set against a backdrop of a bamboo forest and mountains, the game also offers very relaxing Chinese music to listen to whilst playing. Excitement builds as the reels spin, because they change colour as you lock in symbols. Symbols include an array of fruits such as bananas and watermelons, and of course the Wacky Pandas themselves in different colours. 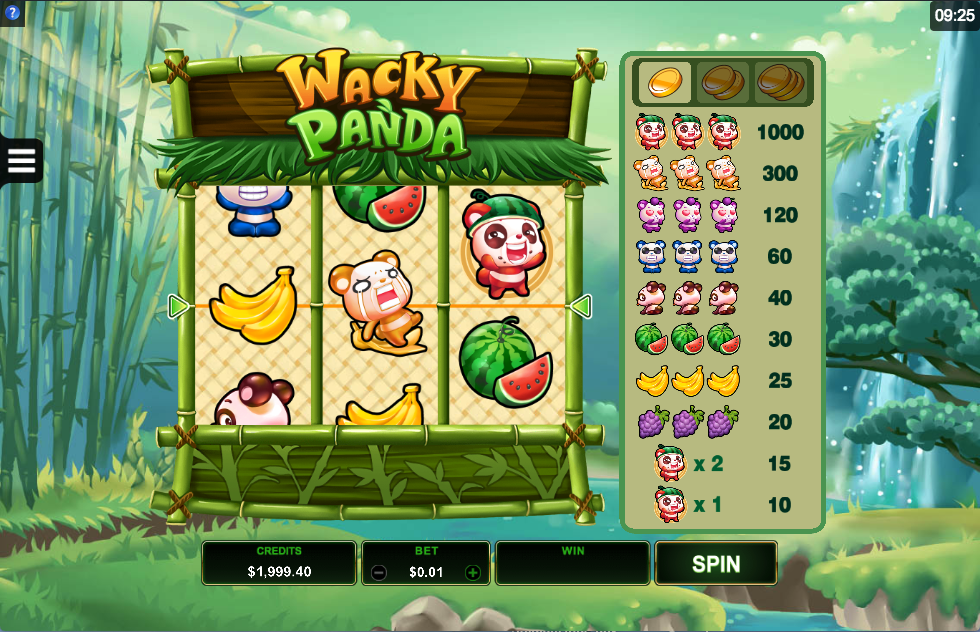 Bet Amounts – Betting begins at 1p per spin at the lowest adjustment and can be increased to a maximum of £15 per spin at the highest adjustment. This means there is a lot of scope in between for different bet amounts to suit every pocket. You can adjust your bet in Wacky Panda in two ways, via the bet amount at the bottom left of the screen, and by adjusting the coin level at the top of the pay table. You will see 1, 2 and 3 gold coins at the top of the screen, by selecting those you are adjusting your bet higher again. Be advised though the jackpot win is only achievable if you are on bet level 3 and the highest stake amount. But you could land a 3333x multiplier on your stake amount which is huge money.

Symbols – In Wacky Panda there are no wilds, no scatters and no bonus symbols to be played! You are probably wondering why waste time on a game with no bonus features? Despite there being no features to be activated, Wacky Panda still has a lot to offer. Let’s not forget that it has one pay line and a high RTP after all! The symbols are all well drawn and the panda characters all look like they are up to no good. The red panda is your highest paying and will offer 3333x your stake amount, at the highest bet level for landing 3. But if you land one or two red pandas you can win a big multiplier there too. Of course, single pandas can lead to wins, but all other symbols have to be in three’s in order to win and this can take time. But those single pandas happen by often enough to justify the wait.

For a game that has only one pay line and no features, bonuses or anything really, Wacky Panda actually surprised us. We were expecting long waits for wins to land, but that sneaky little red panda appeared on many occasions along that win line. The other symbols must land in three’s and whilst they didn’t occur as often as the single panda, they did roll around fairly regularly. But we found that happened more when the stake was higher than lower; just a heads up if you are planning on a short game with a low balance. If you are looking for a game of more depth then Wacky Panda will not be for you, that being said we were originally of that thought and have been converted.